Nottingham Forest will pursue the possibility of asking Manchester United for permission to play goalkeeper Dean Henderson in the Carabao Cup semi-final between the two sides.

Henderson is ineligible for the two-legged tie later this month as he is on loan from the Old Trafford club and the only way he would be able to play is if United give written permission.

That seems unlikely at this stage but boss Steve Cooper says his club will likely go down that avenue anyway.

“Obviously it’s something we will look into the possibility of pursuing,” he said. “But it’s all just talk at the minute, I guess.

“We haven’t really had a chance to breathe since the game. We’ll pick that up as and when.” 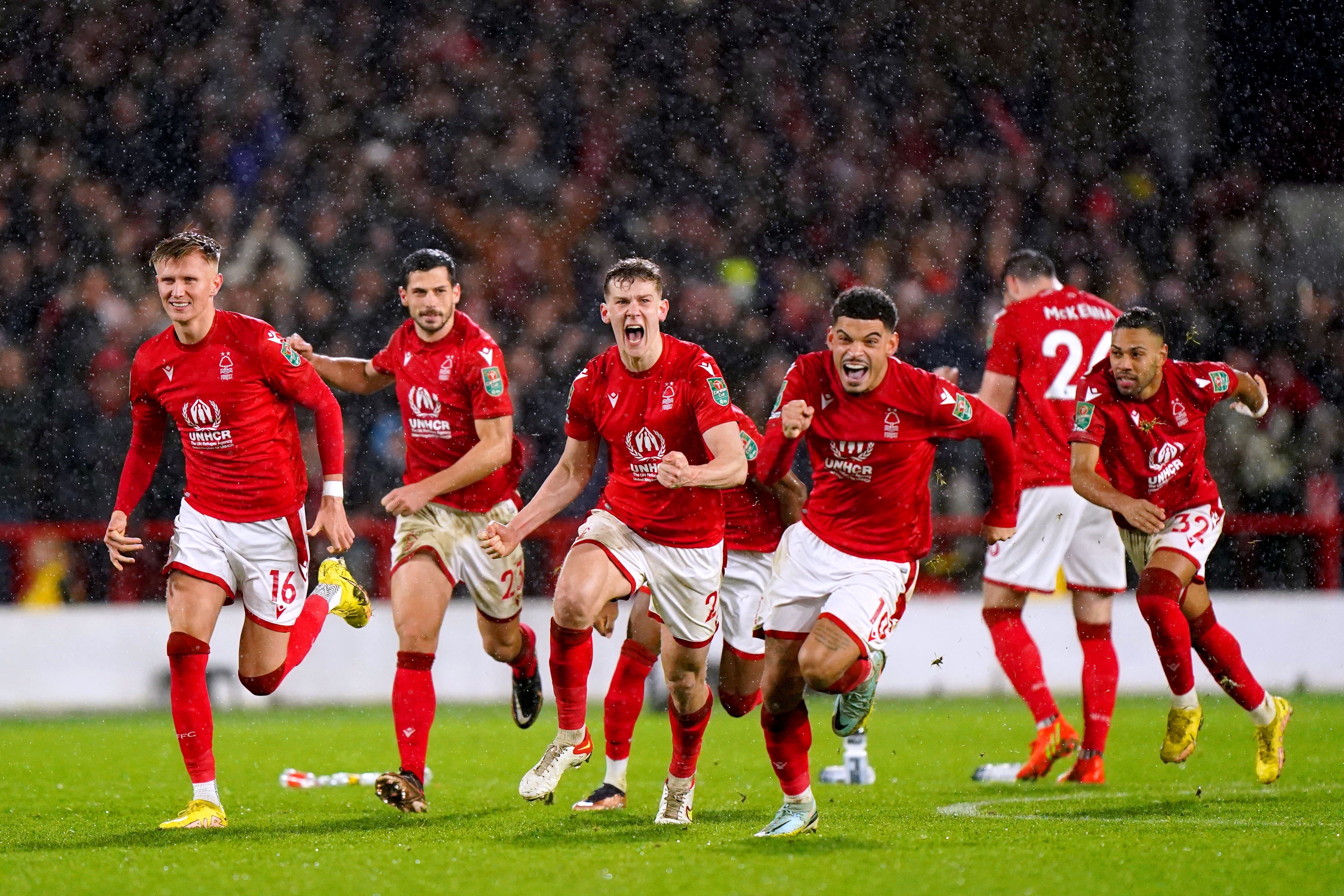 It was Henderson’s heroics that sent Forest through to the semi-finals as he followed up a number of stops in normal time with two penalty saves in a shootout.

Forest have a quick turnaround as they return their focus to the Premier League with an East Midlands derby against Leicester on Saturday.

Willy Boly, who scored to put Forest in front at the City Ground, limped off with an ankle injury and will be assessed.

“We’ve got an injury record that we’re not particularly fond of at the moment, and that may have been added to last night,” Cooper added.

“We haven’t assessed the players yet because they are in a little bit later, so there’s no news of absolute guarantees of player availability from last night.

“Fingers crossed on a couple of things. The last thing we want is more numbers on that list than what we already have. 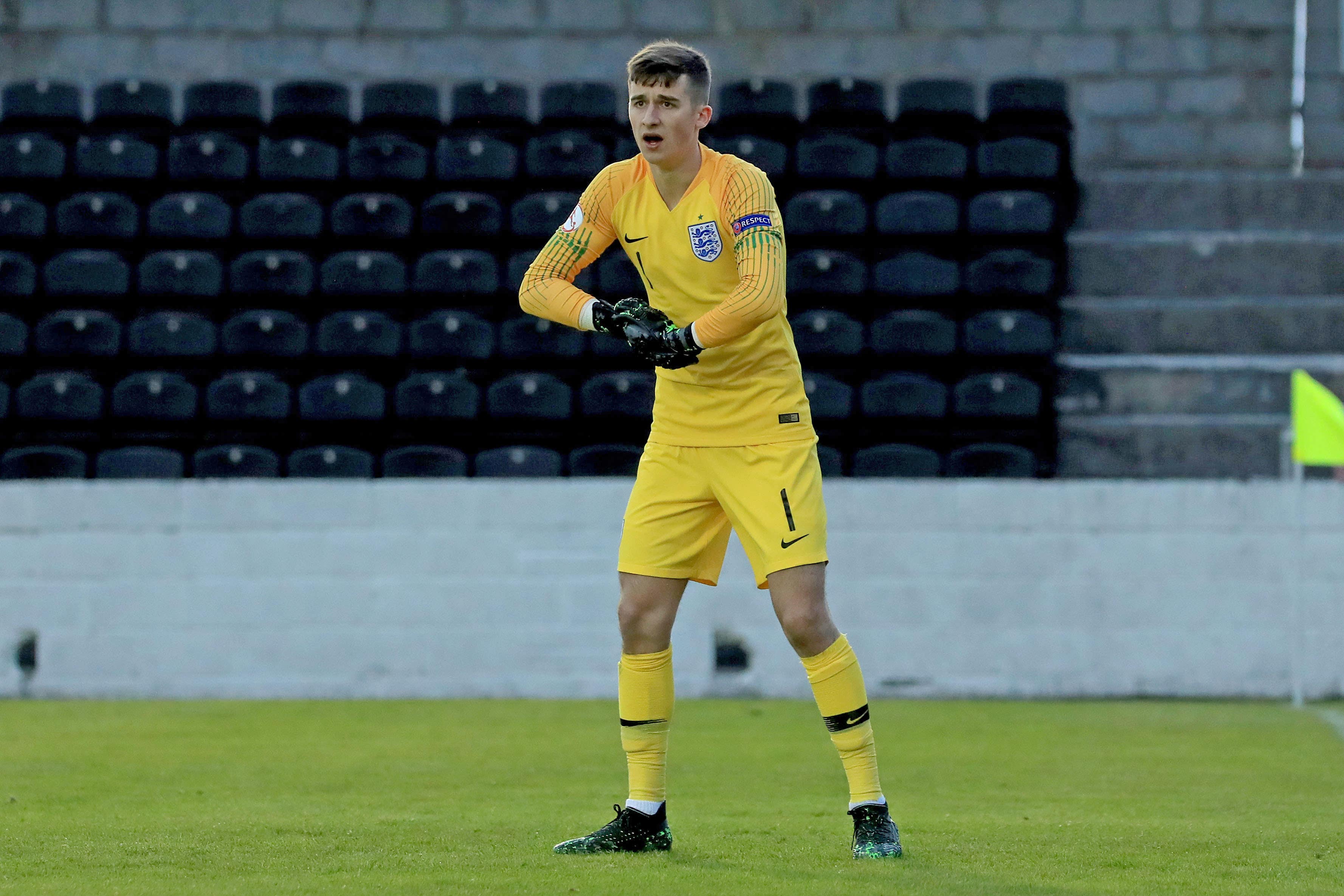 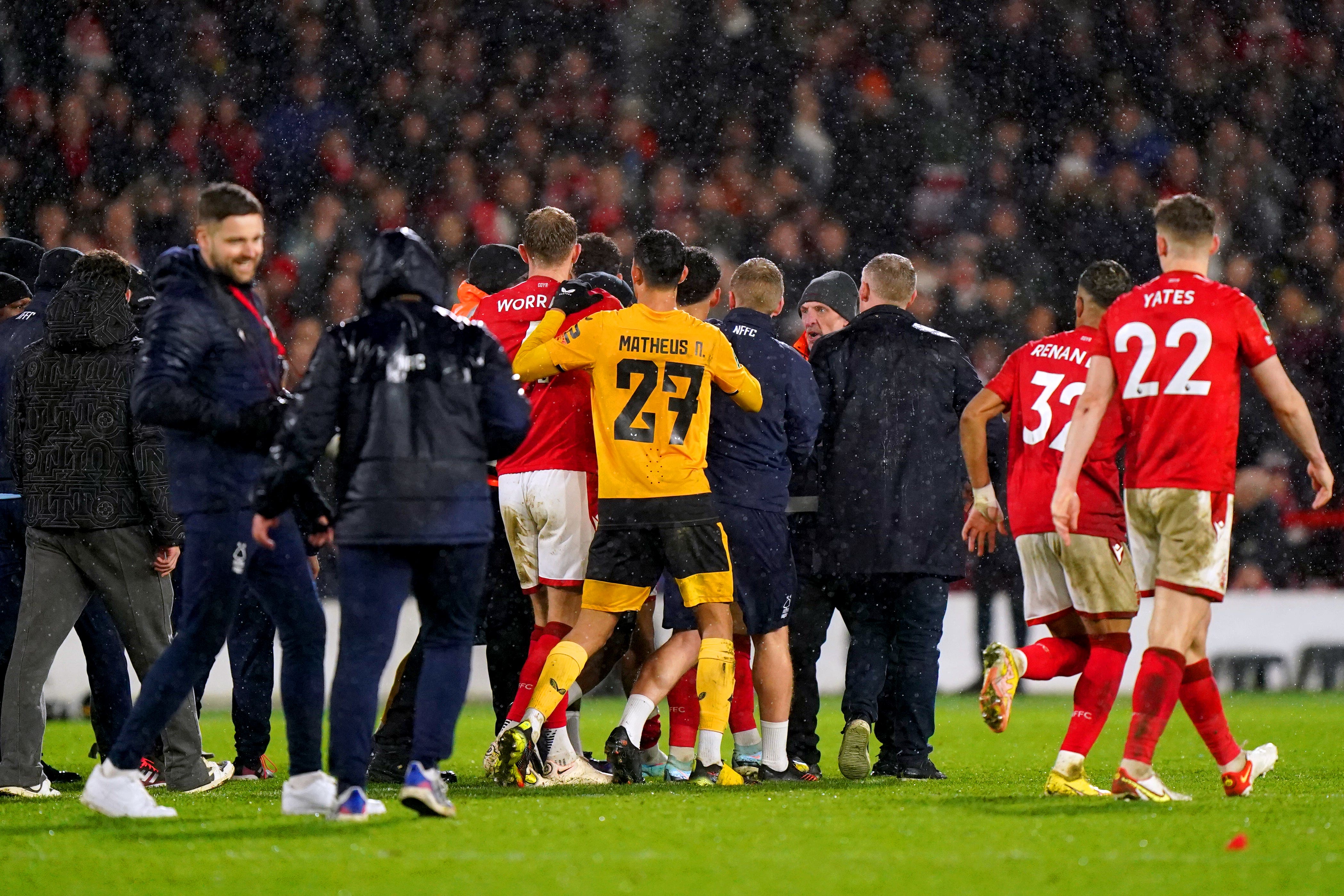 “But, as I always say, next man up. We’ll work with the players who are available. It’s a great game to look forward to.”

Jesse Lingard, Moussa Niakhate, Cheikhou Kouyate (all hamstring) and Omar Richards remain out while Taiwo Awoniyi is a doubt.