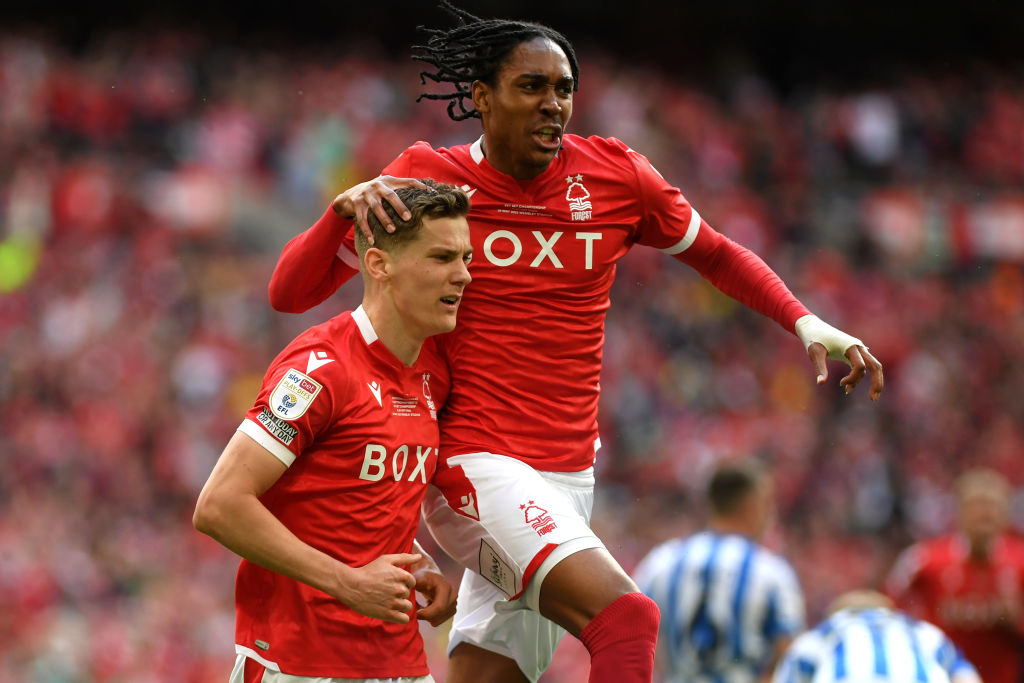 Nottingham Forest are back in the Premier League for the first time since 1999 after a nerve-shredding 1-0 win over Huddersfield Town in the Championship Play-Off final.

It was a nerve-shredding game at Wembley which was settled by a first half own-goal from Levi Colwill, the 19-year-old on loan at Huddersfield from Chelsea.

The Terriers will count themselves unlucky as they were denied two big penalty shouts in the second half, with the second of which looking nailed on but denied by both Jon Moss and VAR.

However, while they had a huge amount of possession in the second half, they did not create many clear cut chances at all and barely tested the Forest goalkeepers over the 90 minutes. Neither first choice Brice Samba, nor substitute Ethan Horvath who replaced the injured Samba late on.

Steve Cooper only took over as Forest manager in September with the team struggling and he has done a superb job to end their long wait for a return to the top flight.

The first half was played at a rapid pace, although chances were not in abundance as there was something of a lack of quality in the final third amid the pressurised atmosphere.

Ryan Yates had a really brilliant opportunity just 12 minutes in as he rose to get his head on a James Garner free-kick but flicked his header just wide of the post when he should have done better.

Huddersfield had one or two bright moments, with Danny Ward getting a shot off from a well-worked corner, but it deflected over the bar, while Sorba Thomas threatened down the left wing.

Half-time was approaching with the game still goalless, but it was, cruelly, an own-goal that broke the deadlock.

Garner whipped in a low in-swinging ball from outside the area, which Levi Colwill could only slice past his own goalkeeper with Yates loitering with intent.

It proved to be a brilliant ball from Garner as it left the Huddersfield defender having to do something with a difficult situation and Colwill was forced into the mistake.

Referee Jon Moss booked Toffolo for diving, but as the decision was checked by VAR it did seem like contact had been made by Colback on the Huddersfield man.

It was difficult to see whether Toffolo had pulled his leg away and deliberately thrown himself to the floor or he was tripped by the Forest man, and that uncertainty saw the referee’s decision stand.

Penalty or no penalty? ð¯ð¯

It looked like Huddersfield had an even better shout for a penalty on 84 minutes when Lewis O’Brien was clumsily knocked down by Max Lowe in the box, but again nothing was given.

There seemed little doubt about that one, but neither Moss nor VAR found in Huddersfield’s favour as it seemed that it would not be their day.

Forest stood firm despite the Terriers continuing to dominate as they held the Yorkshiremen at arm’s length and secured their return to the Premier League.