Tottenham manager Nuno Espirito Santo says it is ‘not his job to convince players to play’ and that Tanguy Ndombele must find his best form from ‘within himself’.

The 24-year-old has endured a tough time in north London since his club-record £55million move from Lyon in 2019 and could be set for an exit this summer.

The Telegraph report that Tottenham will demand a £51.5m fee for Ndombele – who Nuno has confirmed will not be involved in Sunday’s Premier League visit to Wolves – which could scupper a move. 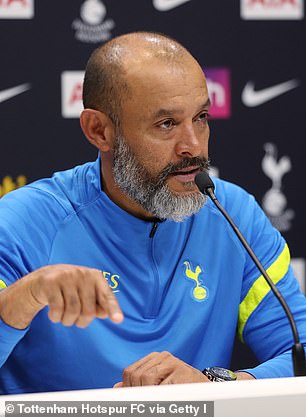 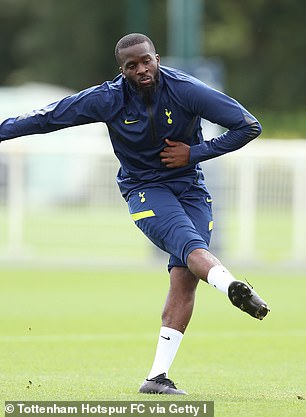 When asked about the likelihood of Ndombele making an appearance on Sunday, Nuno said: ‘I will be honest with you. Tanguy is not going to be involved on Sunday.’

When pressed for an answer as to why the 24-year-old would not be included, Nuno added: ‘What I can tell you is that Tanguy is with us, he works but we have to speak honestly. 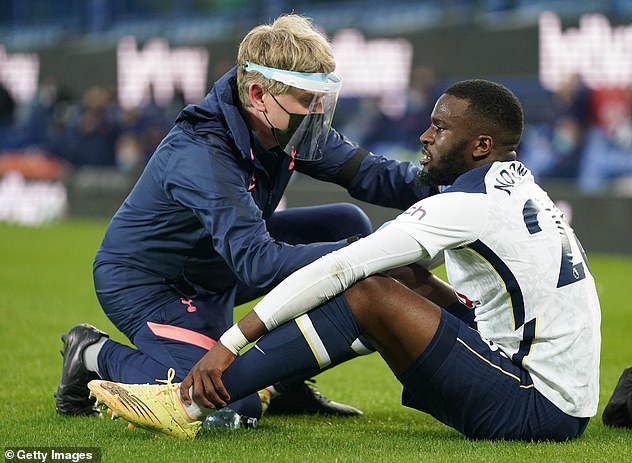 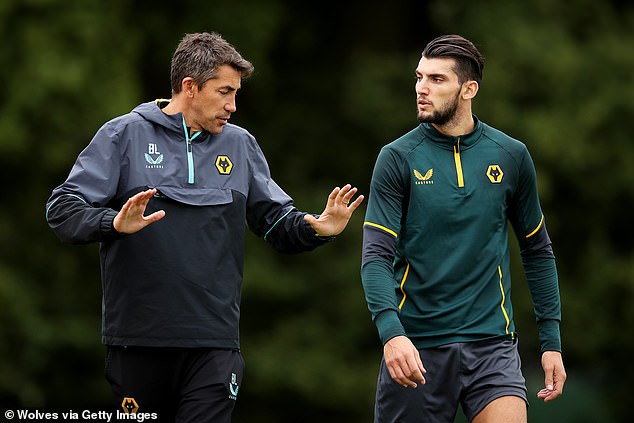 ‘I must speak to Tanguy before even addressing you. We already had a chance to talk but it must come from himself.

The Frenchman didn’t feature in any of Spurs’ pre-season matches despite being fit and available.

The 24-year-old was also left out of the Tottenham squad that faced and beat Manchester City last weekend. 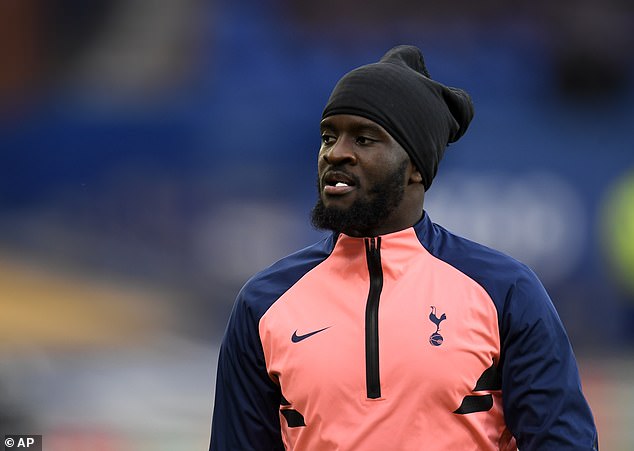 As a result, Ndombele is the the only fit senior player at the club to have not featured for Nuno despite being there for the whole summer after missing out on France’s Euro 2020 squad.

Therefore, as The Athletic previously reported, Ndombele is believed to have taken matters into his own hands and has told the club he is ‘open to leaving’.

However, Tottenham may struggle to find a buyer before the transfer window closes this summer, with the midfielder reportedly also earning £200,000 per week in north London in addition to the fee in excess of £50m that Spurs will demand.