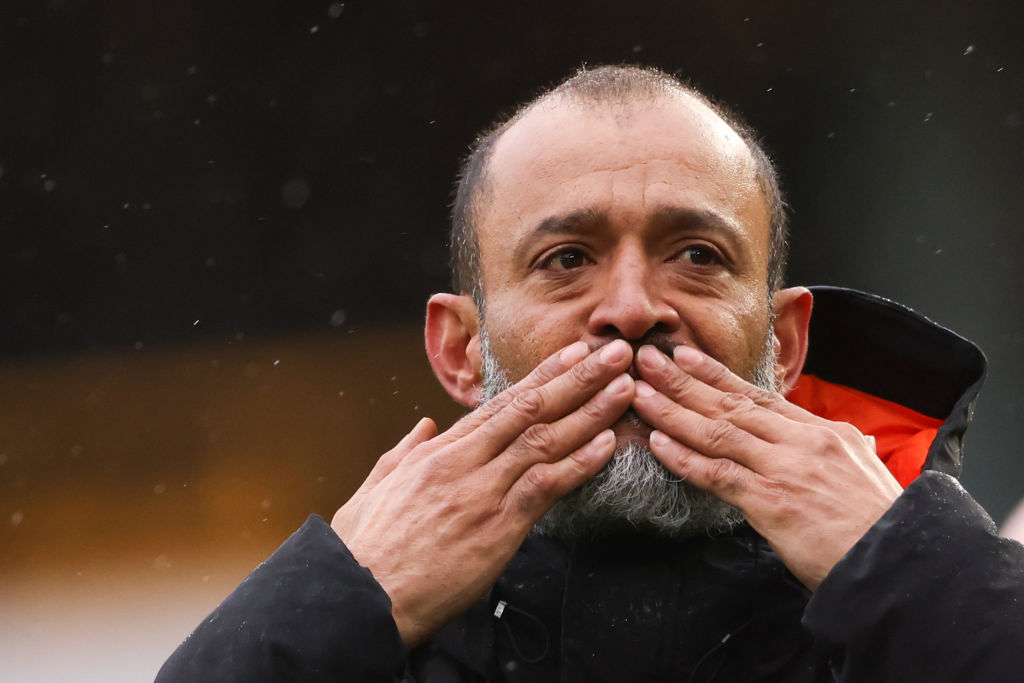 Tottenham Hotspur have confirmed the appointment of Nuno Espirito Santo as their new manager on a two-year contract and says: ‘We don’t have any days to lose.’

The 47-year-old had four successful years at Wolves, guiding them into the Premier League and establishing them as a stable force in the top flight.

However, he left Molineux at the end of last season by mutual consent and has been looking for a job since.

That job has come at the Tottenham Hotspur Stadium and the Portuguese is delighted.

He said: ‘When you have a squad with quality and talent, we want to make the fans proud and enjoy. It’s an enormous pleasure and honour (to be here), there’s joy and I’m happy and looking forward to starting work.

‘We don’t have any days to lose and we must start working immediately as pre-season starts in a few days.’

Spurs chairman chairman Daniel Levy added: ‘First of all, I’d like to welcome Nuno to the Club. We should like to thank our supporters for all their patience throughout this process.

‘I’ve spoken already about the need to revert back to our core DNA of playing attacking, entertaining football and Fabio and I believe Nuno is the man who can take our talented group of players, embrace our young players coming through and build something special.’

Tottenham’s new ‘Managing Director – Football’ Fabio Paratici commented: ‘The brief for this appointment has always been clear, we wanted a Head Coach that can instil all the values that are important to this Football Club.

‘You only have to look at Nuno’s time at Wolves to see his ability to take a group of players and implement an adaptive style that brings success and allows players to develop and thrive. We are all looking forward to getting started in what we hope will be a successful time with the Club.’

Espirito Santo was far from first choice at Tottenham with a string of managers at least considered, if not approached, before they turned to the former Wolves man.

A return for former manager Mauricio Pochettino looked a possibility at one stage, as did a big move for former Inter Milan and Chelsea boss Antonio Conte.

Paulo Fonseca was linked, as was Genarro Gattuso and Julen Lopetegui, but it is Nuno who has finally taken the role.