Wolves are set to target another Portuguese coach to replace Nuno Espirito Santo with former Benfica boss Bruno Lage and ex-Porto chief Vitor Pereira among the contenders for the Molineux role.

The club announced on Friday that Nuno would leave after Sunday’s home game against Manchester United, with his departure described as ‘mutual consent’ by the club, even though Nuno signed a new deal less than a year ago with a significant increase on his initial £3million annual salary.

Sportsmail revealed last month that Wolves were planning for a future without Nuno and though the timing of the announcement was a surprise to most at the club, relations are said to have become strained with members of the hierarchy. Nonetheless, Nuno is certain to get a rousing reception from the 4,500 at Molineux on Sunday. 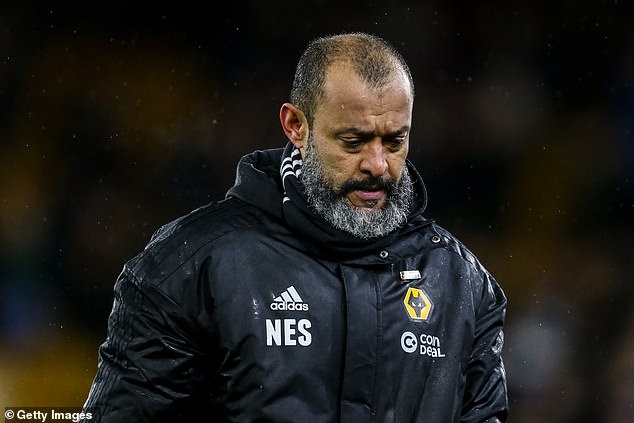 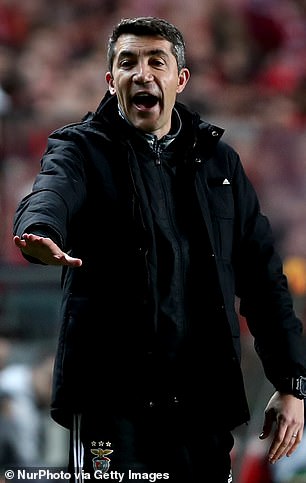 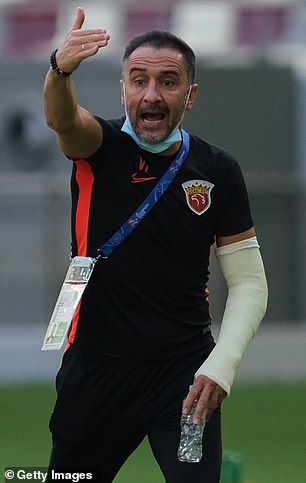 Lage, 45, left Benfica last summer and is thought to have turned down a number of opportunities since. He led the Lisbon giants to the league title in 2019 and has some experience of English football, working as Carlos Carvalhal’s assistant at Sheffield Wednesday and Swansea. He is a client of super-agent Jorge Mendes, whose Gestifute group also represent Nuno and a number of Wolves players.

Pereira, meanwhile, is an experienced coach who as well as Porto has managed Olympiakos, Fenerbahce and Shanghai SIPG. Another on the Wolves radar is believed to be Rui Faria, best known as Jose Mourinho’s long-time assistant.

Nuno’s staff – assistant head coach Rui Silva, first-team coach Julio Figueroa, assistant first-team coach Joao Lapa, goalkeeping coach Rui Barbosa and fitness coach Antonio Dias – will depart with him after a four-year spell comprising promotion from the Championship in 2018 followed by consecutive seventh-place finishes in the Premier League, including an FA Cup semi-final in 2019 and a Europa League quarter-final last year, but this has been a hugely tough season.

Sportsmail understands that shortly after lunchtime, Nuno called the players into a meeting room at their Compton training base. Both the manager and some members of the squad were said to be emotional as he told them Sunday’s game would be their last together. Nuno thanked them for their contributions and was thanked in turn by senior members of the squad. 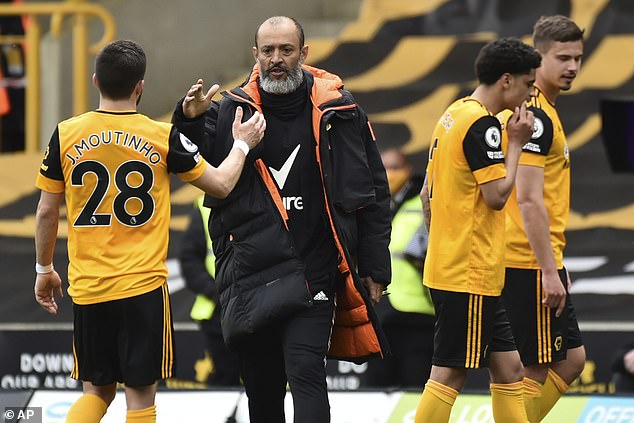 None of the players had an inkling that the news was coming. Only last week, Nuno said he had finalised pre-season plans and talked of how much he was looking forward to next season during his regular pre-match press conference on Friday.

It is believed the 47-year-old, one of the most successful managers in Wolves’ modern history, is keen to continue working in England if possible, though a return to Porto is possible if Sergio Conceicao departs this summer.

Sportsmail understands tensions had grown behind the scenes between the manager and the club’s owners, Chinese conglomerate Fosun. Nuno was said to be dismayed at the club’s transfer prospects for the coming summer. It is believed he was told Wolves would have to be creative in the market, working with loans and player exchanges and needing to sell before they can bring others in.

Nuno and his staff will continue to be paid under the terms of their contracts until they find employment elsewhere – a sizeable amount thought to be approaching £10m annually.

While club bosses appreciate Nuno’s work, they hope to have an easier working relationship with the new manager, given Nuno is a hugely strong, uncompromising character. They were also disturbed by the drop-off in performances this season, particularly the seven home defeats. 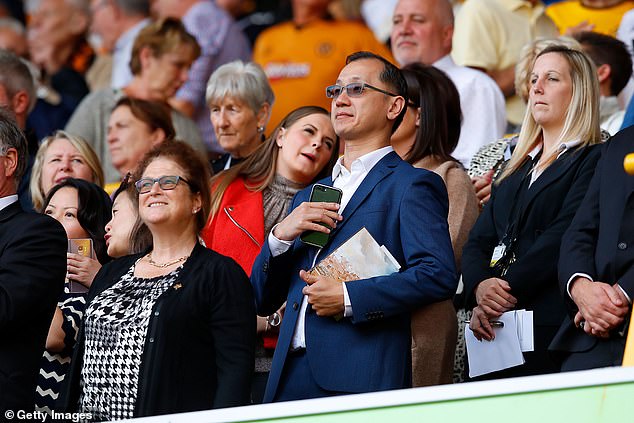 Sportsmail understands tensions had grown between the manager and the club’s owners, Chinese conglomerate Fosun

It is unclear whether a new manager will have to work under tighter parameters, though only this week Wolves were known to be approaching intermediaries about signing at least one new defender.

Nuno had wanted a senior striker to support Raul Jimenez, who is due to return to action next season after suffering a fractured skull at Arsenal last November. As Sportsmail revealed on Thursday, the club’s priorities are in central defence and central midfield.

There is strong interest in Ruben Neves, with at least one bid believed to be on the table for the 24-year-old, as well as centre backs Willy Boly and Romain Saiss, who has only 12 months remaining on his contract.

In a statement on the club website, Nuno said: ‘Sunday will be a very emotional day, but I am so happy that the fans will be back in Molineux and we can share one last special moment together, as one pack.’

Liverpool exposed by revitalised Chelsea with jaded Reds out of energy