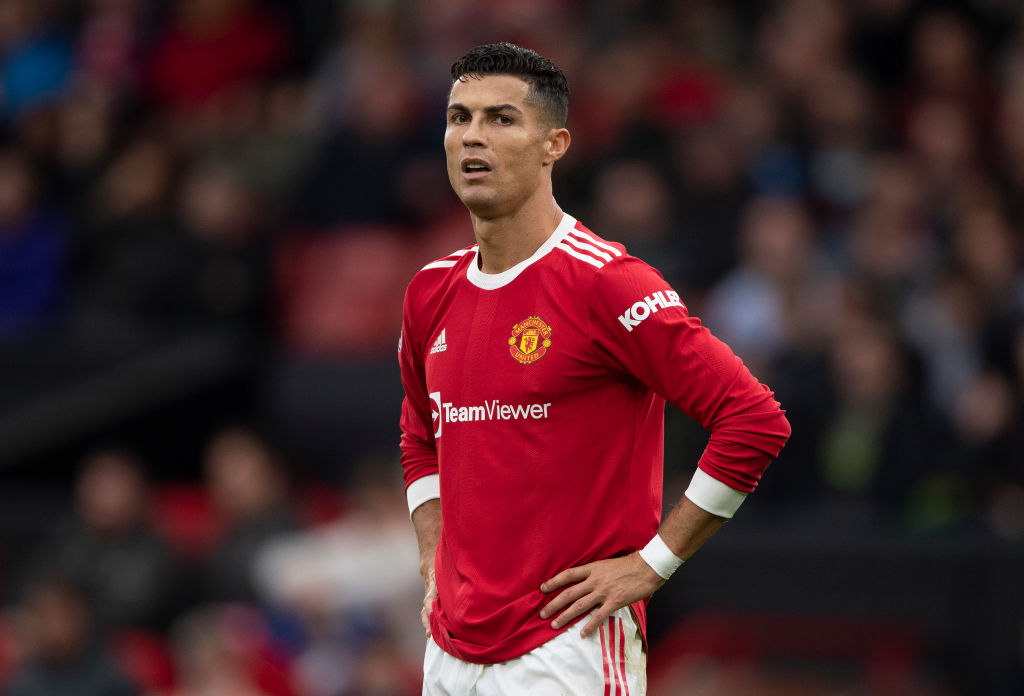 Jamie O’Hara has defended Cristiano Ronaldo for storming off the pitch after Manchester United’s 1-1 draw at home to Everton on Saturday.

Ronaldo, who was brought on as a second-half substitute against the Toffees after being left out of the starting XI, headed straight down the tunnel at the full-time whistle visibly frustrated.

That reaction led to criticism from former United defender Gary Neville, who claimed his actions had put ‘real pressure’ on Ole Gunnar Solskjaer.

But O’Hara disagrees with Neville and believes that the 36-year-old was right to show those emotions on the pitch.

‘I think he’s 100 percent right in what he’s doing, they’re at home, he’s not started, they haven’t won the game,’ the former Tottenham midfielder told talkSPORT.

‘That man is a winner, he wants to win every single game he’s involved in and if they don’t he gets the hump, like any footballer would.

‘Ronaldo is a winner, he wants to do it on the pitch, it’s not petulance, it’s a winning mentality.

‘He’s got a winning mentality, we haven’t won the game, I don’t want to talk to anyone, get off the pitch and get in the changing room.’

The decision to drop Ronaldo for the game was criticised by pundits and fans alike, including former United boss Sir Alex Ferguson, who said that Solskjaer should be ‘starting his best players,’ during a conversation with MMA legend Khabib Nurmagomedov.

United and Ronaldo are now aiming to get back on track when they travel to Leicester City on October 16.