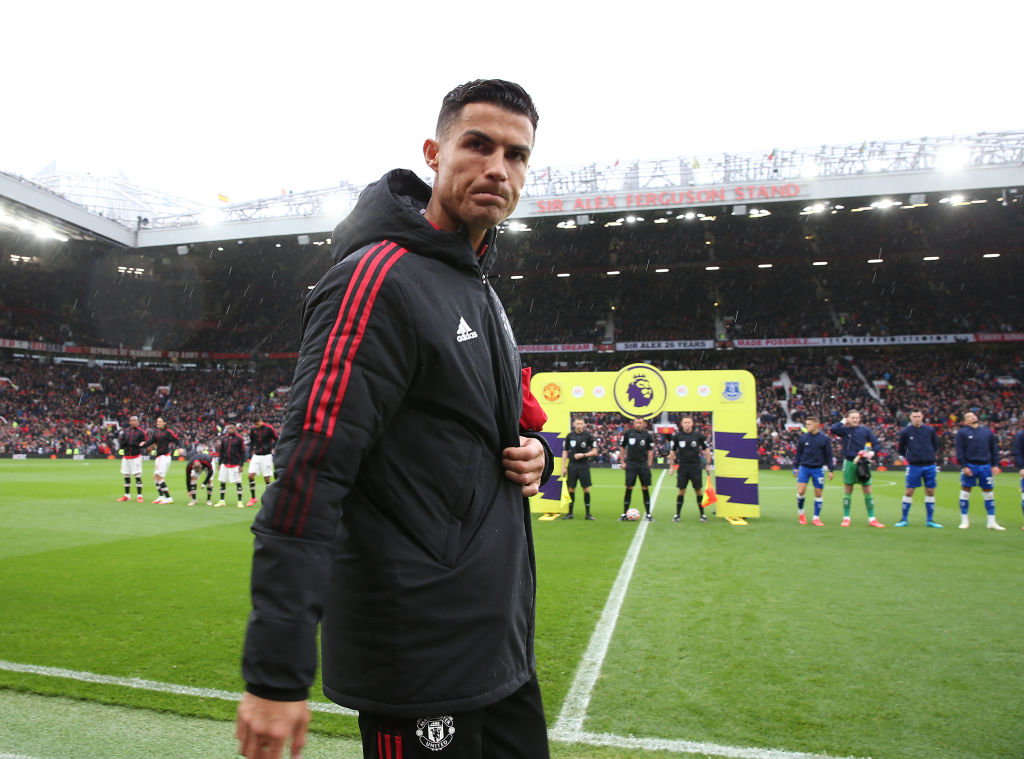 Ole Gunnar Solskjaer refused to accept he made a mistake by dropping Cristiano Ronaldo to the bench for Manchester United’s Premier League match against Everton on Saturday.

The 36-year-old has made a scintillating start to his second spell at Old Trafford and had scored five goals in as many games prior to this afternoon’s game..

Conscious of managing Ronaldo’s workload, particularly ahead of the international break, Solskjaer opted to make five changes to the team which secured a vital late Champions League win over Villarreal in midweek, thanks to their No.7’s late heroics.

Solskjaer’s gamble, initially, looked as though it would pay off when Anthony Martial, one of those players recalled to the starting line-up, scored his first goal in eight months three minutes before the interval to open the scoring.

The France international, however, was forced to make way for Ronaldo shortly before the hour mark after picking up an injury.

The former Juventus and Real Madrid superstar was unable to influence proceedings and watched on powerlessly as Andros Townsend equalised and helped the Toffees secure what was ultimately a deserved point.

Asked afterwards if he regretted dropping Ronaldo, Solskjaer said: ‘No! You make decisions throughout a long, long season and you have to manage the players workload and the decision for me was the correct one.

‘Anthony Martial came in and did well, scored a good goal. Edinson needed minutes, he got an hour and could have had a goal. It was a great cross and good chance for him. We have to make those decisions at times.’

Ronaldo cut a disconsolate figure at the final whistle and stormed down the tunnel muttering away to himself.

Defending the actions of his former teammate, Rio Ferdinand told BT Sport: ‘Disappointing the result, I understand that, we’ve all been there.

‘He scored five in five, he’s a man in form who wanted to continue that vein in form and get goals – shoot his team to victory on a day like today.

‘I understand frustrations and it comes out sometimes like that, [Paul] Pogba was straight down the tunnel after him, both probably disappointed.’