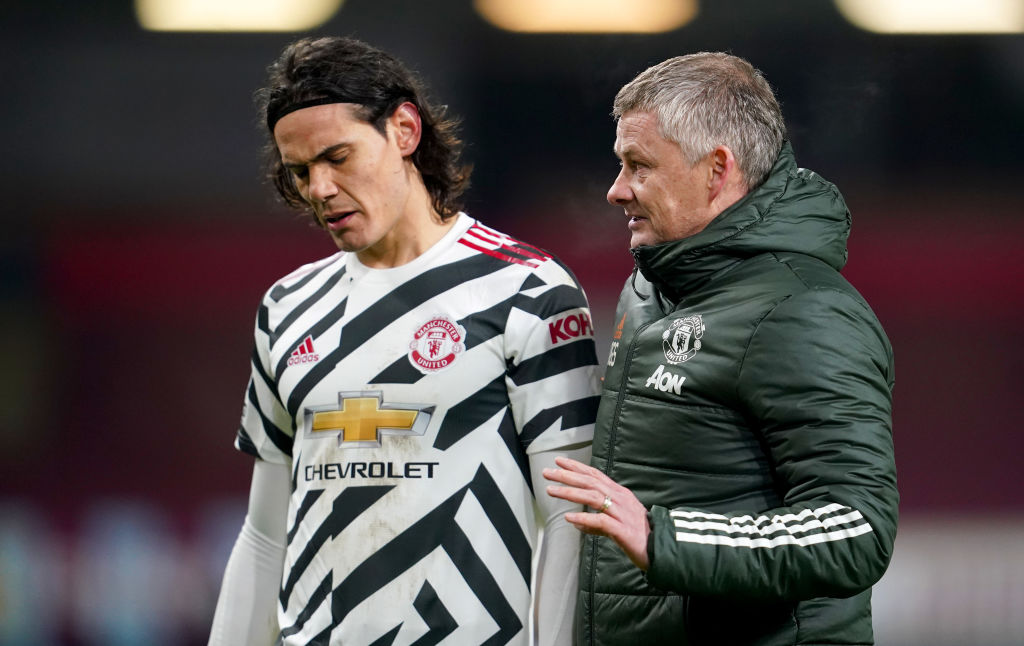 Edinson Cavani has not ‘100 per cent’ decided on his Manchester United future but Ole Gunnar Solskjaer admits there is a good chance the striker will leave Old Trafford.

United are currently in talks with the Uruguay international over triggering a one-year extension in his contract.

Cavani has scored 10 goals in 31 appearances since his arrival last October and has provided a clear focal point to United’s attack but is considering a return to South America with Boca Juniors ready to offer him a deal.

While Solskjaer has not given up hope of the 34-year-old extending his stay in Manchester, he admits the former Paris Saint-Germain star appears to be leaning towards a return closer to home.

‘We’re still in the same boat with Edinson in that he’s not 100% decided on his future yet,’ Solskjaer said.

‘He’s not told me he wants to leave but I’m very aware he might be going back home to South America with the difficult year he has had and if that’s his decision I’ll understand that.’

Whether Cavani stays at United this summer could decide whether the club pursues a new striker this summer.

United are said to be interested in both Harry Kane and Erling Haaland, both of whom would be expected to cost in the region of £150m.

But with other areas of the side to strengthen, former United midfielder Owen Hargeaves recently urged his old side to do everything they can to keep Cavani and use their striker money elsewhere.

He told BT Sport: ‘I don’t think its realistic for United to win the Premier League next season. But they have to find a way to bridge the gap.

‘A lot of people have played out on that right hand side and they haven’t really found it. I think to go find a winger, Jadon Sancho would be amazing.

‘You think about Raphinha at Leeds, you think about what he could do at this United team. You can’t spend £100m on every player.’