The Premier League side had to dig surprisingly deep in sweltering Cologne, where Bruno Fernandes’ spot-kick ended the Danish side’s record European run in extra time.

The hard-fought 1-0 win seals a place in Sunday’s semi-final against either Sevilla or Wolves, with Solskjaer determined to reach his first final as United boss having this season fallen in the final four of the Carabao Cup and FA Cup.

“I don’t know how many shots we had in total, it must be close to 30, but the keeper he had probably the game of his life,” Solskjaer said. “We need to be more clinical in knockout games.

“I am delighted we are through to another semi-final for this team and the next challenge is to go one step further, and then hopefully win the last one, too.

“We have worked hard throughout the season, and come quite a distance from where we were in terms of fitness, but mentally that is where it is decided.

“It was difficult conditions even for me. I started sweating and my t-shirt is wet and I’m glad I don’t have to start running.”

United will need to put in a vastly-improved performance when they return to Stadion Koln on Sunday as their sloppy play gave Copenhagen hope throughout Monday’s quarter-final.

Yet while far from their best, Solskjaer’s side had the better of the chances with the video assistant referee ruling out a penalty and fine Mason Greenwood goal in the first half.

Marcus Rashford saw a strike chalked off for offside at the start of a second half in which Fernandes hit a post and Anthony Martial saw a superb curling effort denied by superb Copenhagen goalkeeper Karl-Johan Johnsson.

Stale Solbakken’s men took the match to extra time, when Fernandes scored the penalty won when Andreas Bjelland barged over Martial in the box. 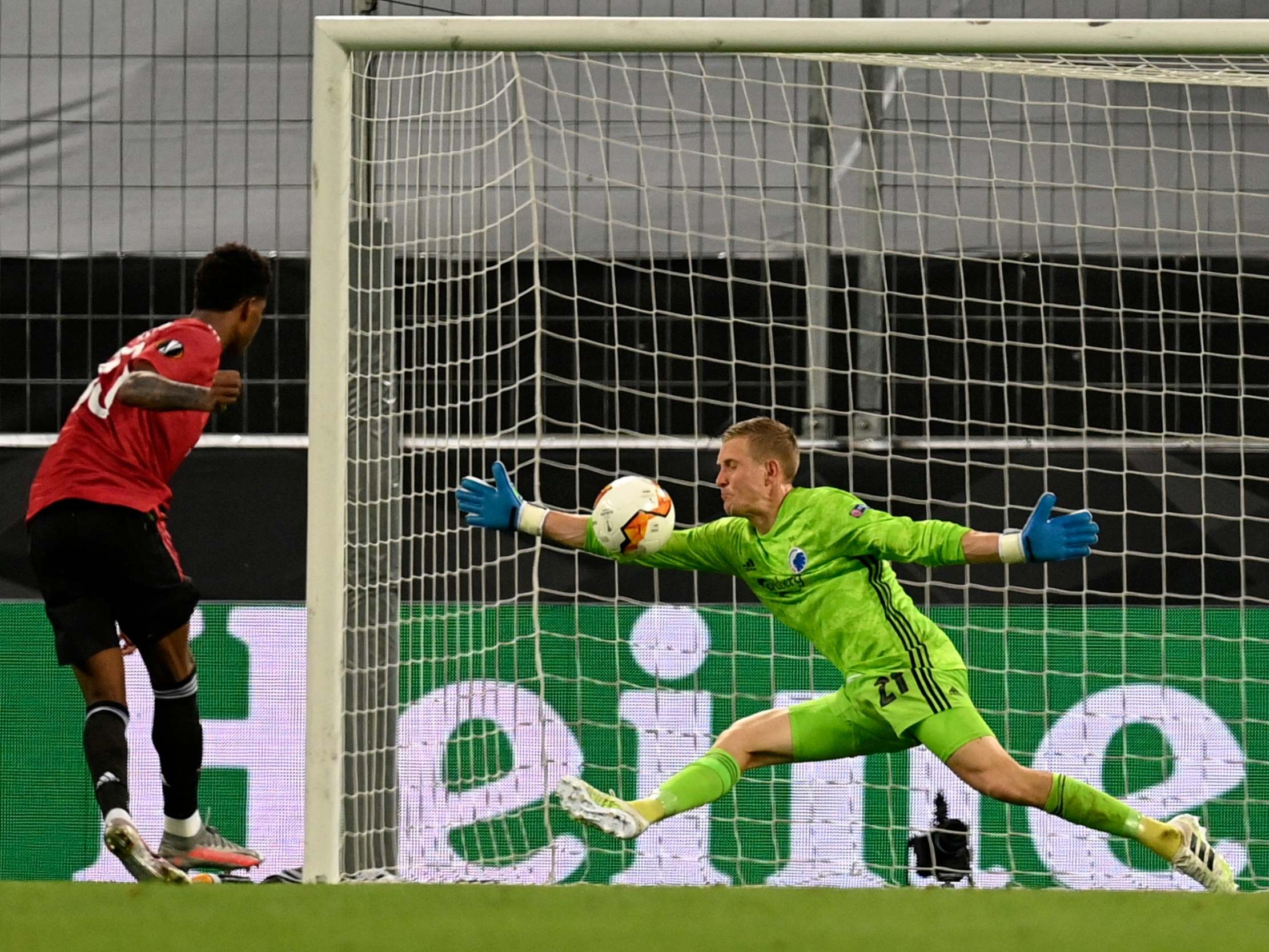 Juan Mata, introduced at the start of extra time, played the pass that led to the spot-kick in a fine display off the bench when creativity and coolness was key.

“I think you saw when he came on he’s so composed, calm,” Solskjaer said. “He’s clever, he’s got quick feet in small right areas. He can pick a pass, he can calm us down at times and he’s such a great influence in and around the place as well, with the culture and the dressing room. I just commend him for his professionalism.

“Of course, he’s disappointed he’s not played more but he’s one of the top assist-makers in the Europa League and he’s really done well for us.”

Solskjaer refused to comment on the ongoing attempt to sign England international Jadon Sancho from Borussia Dortmund after the match, with the United boss saying: “I can’t comment on other teams’ players. I never do.”

The Norwegian is more interested in preparations for Sunday as United return to their bubble.

“We just have to make the most out of a difficult situation in conditions that are really hot, humid. What time do we train? Especially tonight, of course we played late so it’ll be a strange one tomorrow morning for some of them because they probably won’t sleep for a few hours.

“But we’ve got six days. There’s not many times that we have six days to prepare for a game.”

While relief was the overriding feeling for those connected to United, counterpart Solbakken expressed enormous pride after Copenhagen pushed until the last.

“Of course I get annoyed when we were so close, but I cannot ask for more from the players,” he said. “Every man has given himself completely, both physically and mentally, and we managed to live with the struggle right down to the very last.”