Sheffield United have been dealt another injury blow with the news that Oli McBurnie will miss the remainder of the season with a foot fracture.

The 24-year-old striker suffered the injury during the Blades’ 3-0 home defeat to Arsenal last weekend.

The news comes the day after captain Billy Sharp revealed he will also not play again this season after undergoing a thigh operation. 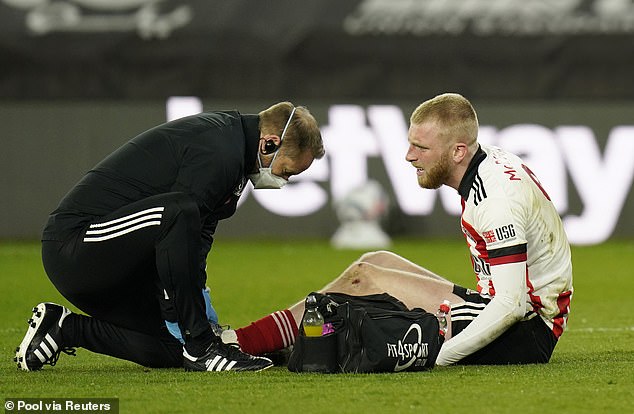 Blades interim boss Paul Heckingbottom said at his pre-match press conference on Thursday afternoon: ‘Oli is out for the season as well.

‘He’s got a stress fracture in his fifth metatarsal so we’ve lost two forwards, which isn’t positive.’

Sharp had surgery on Wednesday and Heckingbottom hopes the 35-year-old striker will have recovered in time for pre-season training ahead of the 2021-22 campaign.

‘His procedure has gone well,’ said Heckingbottom. ‘It’s a tendon issue that required surgery for the best chance of recovery, rather than rest which we were hoping for. 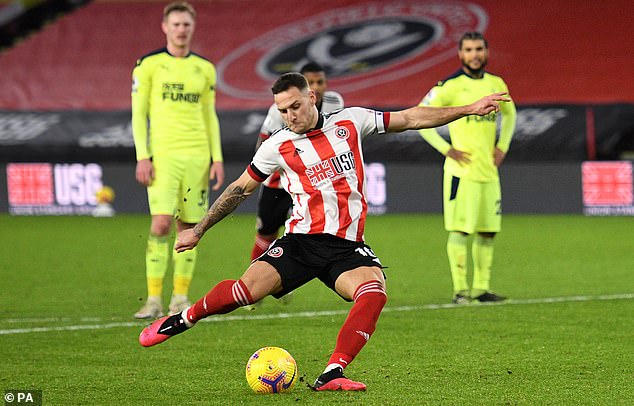 ‘It’s a blow and a loss because we were hoping we’d have him back for the last few games of the season. But as far as I’m aware, pre-season is the aim.’

The latest injury news compounds what has been a miserable season for the club in the Premier League.

The Blades, who sit bottom of the Premier League, are on the brink of relegation to the Championship – they are 18 points adrift of 17th-placed Newcastle with just seven matches remaining.