‘I never closed the door’: Olivier Giroud insists he did not give up hope on a France return after veteran striker is called up to replace injured Karim Benzema

Olivier Giroud has said he never closed the door on an international return for France after being called up to replace the injured Karim Benzema for his country’s upcoming friendly matches.

The 35-year-old has been absent from the squad since last summer’s Euro 2020, where the pre-tournament favourites crashed out in the round of 16.

Speaking about his comeback, Grioud, who has scored 11 goals in 29 games for AC Milan this season, said: ‘I had never closed the door. 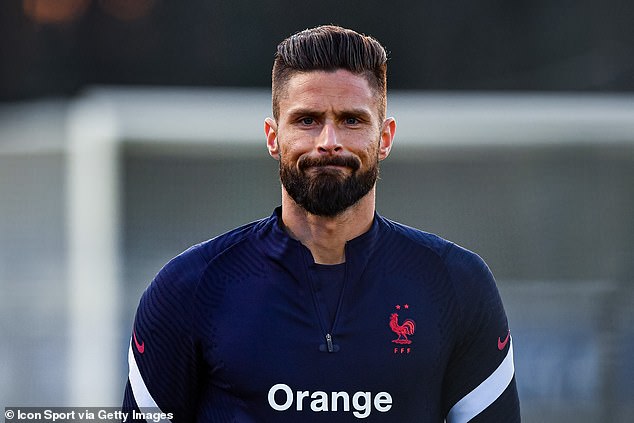 ‘I never announced my international retirement, which means I still believed in it! Especially when you wear a shirt like that of Milan, when you remain competitive and score with that great club and that you’re top of Serie A. The coach knows about the demands of that league.

Reflecting on Euro 2020, he added: ‘all of that is behind me. I see this return as a gift, a bonus in my career.

‘I knew that if I performed well with Milan, I could keep the door ajar. I had that in the back of my mind. But it’s not an obsession. This return to the national team comes from my good work and performances with Milan.’

Giroud also revealed he hadn’t really spoken to manager Didier Deschamps much since the Euros but the two are on good terms and he knows he can always rely on him. 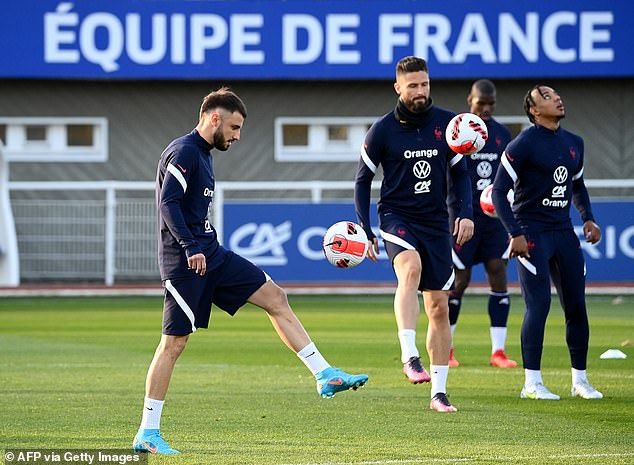