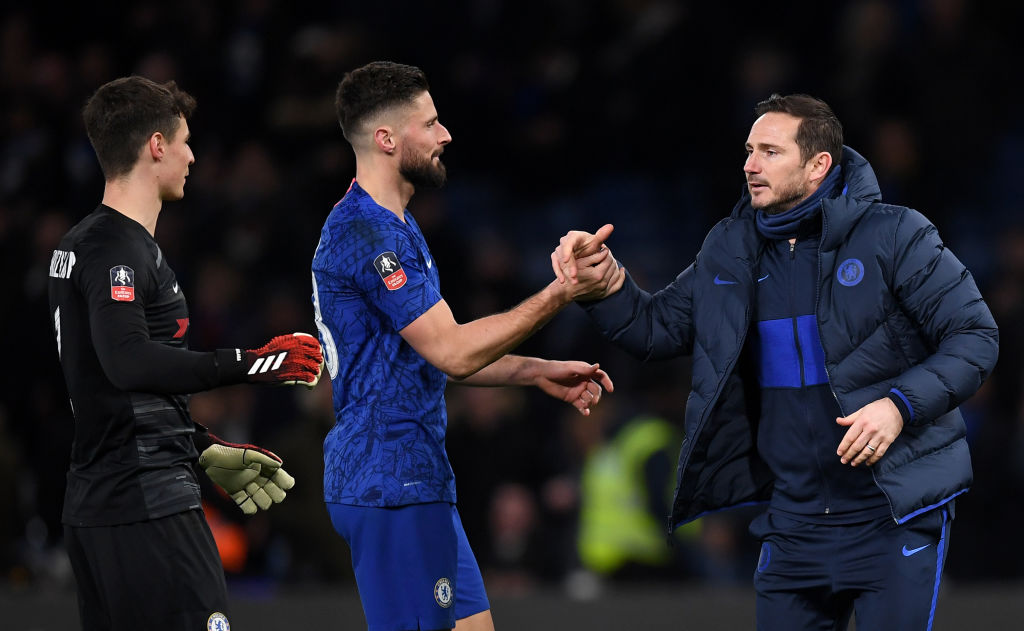 Olivier Giroud has urged Frank Lampard to accept the Newcastle United job should the opportunity arise as he feels it would be the perfect chance for his former boss to ‘bounce back’ and prove his ‘quality’.

Widespread reports suggest Steve Bruce’s position is under serious threat, with the Magpies drawing up a shortlist of high-profile managerial candidates to take over the reins for the remainder of the campaign.

Lampard, who has been a free agent since being dismissed by Chelsea, has been heavily linked, along with the likes of Antonio Conte, Steven Gerrard, Brendan Rodgers, Lucien Favre and Roberto Martinez.

‘I talked to him a little bit last year and I think he’s looking forward for a good challenge to come back as a manager. And I think it’s definitely a good option for him.

‘I believe Newcastle is a big team in the Premier League and it’s a good challenge for him to bounce back and show his quality, definitely.’

Part-owner Amanda Staveley and Bruce held a meeting at Newcastle’s training base on Monday as speculation continues to mount over the manager’s future.

With the Magpies sitting second-bottom of the Premier League, Bruce admits he will forced to accept whatever the new owners feel is best for the club going forward.

‘I want to continue, I’d like the chance to show the new owners what I can do, but you have to be realistic and they may well want a new manager to launch things for them,’ he told The Daily Telegraph.

‘That decision is not up to me. I accept that and I will accept what comes my way.

‘I have to wait to have those conversations with people when the time is right.’