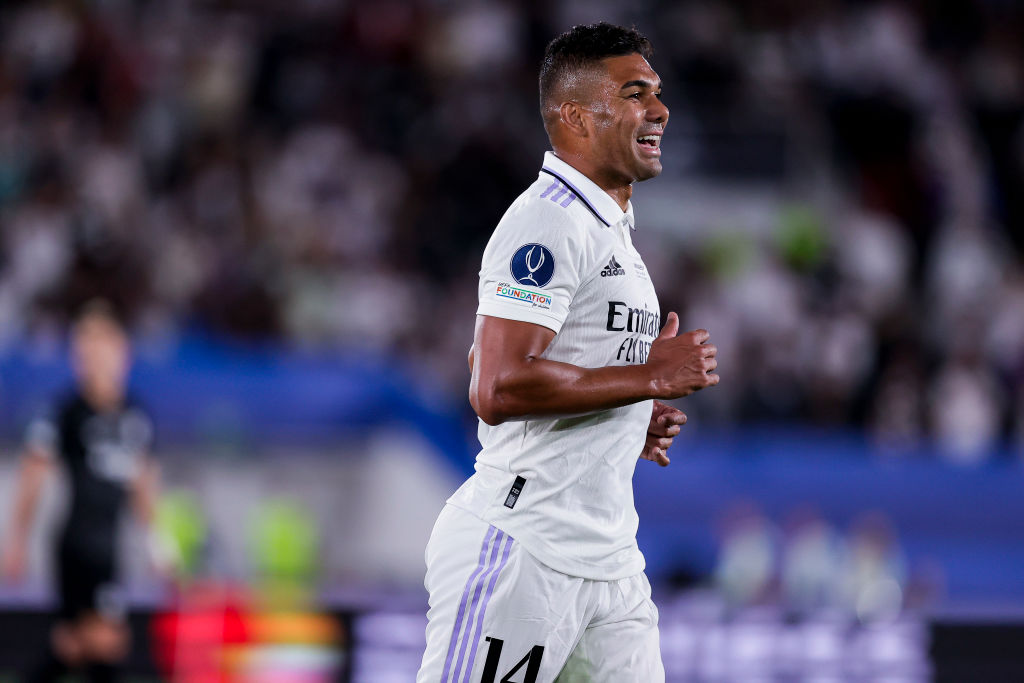 Rio Ferdinand has picked out a number of problems regarding Manchester United’s new signing Casemiro.

The Red Devils confirmed on Friday night that they have reached an agreement to sign the Brazil international from Real Madrid.

The deal is expected to cost around £70million, with £60m paid upfront and a further £10m in add-ons.

But Red Devils legend Ferdinand sees a few negatives, including the fee paid, his age and resale value, as well as the adaption to a struggling team.

‘Are there negatives? Yes there are. ‘Obviously the age, 30 years old. I wouldn’t say that’s a massive negative but I think if you’re talking from a business standpoint there’s gonna be zero resale value.

‘So it’s £60m, plus £10m add-ons, and then obviously you bounce on top of that the wages. So you’re probably looking somewhere near £100m – if you get change out of that, you will be lucky.

‘In a time when we don’t have the finances, it doesn’t seem we can bring big players we have put it all into him. So he needs to work.

‘To come from Spain for Casemiro into a team that is absolutely bereft of any confidence, is absolutely struggling in all areas, tactically especially, physically, mentally.

‘I think it’s going to be a huge ask for a 30-year-old to come in, recharge, reboot and go again.’

‘He’s there to do a job that means that the team are better off, they run more efficiently, they’re going to have a chance of winning because he’s in the team.

‘He’s first and foremost a team football player, which I love about him. If there’s a battle, he’s a man you want on your side.’