Borussia Dortmund kept alive their slim title hopes in the Bundesliga after a hat-trick by England forward Jadon Sancho helped them to a 6-1 win at bottom team Paderborn on Sunday.

The result left Dortmund second on 60 points from 29 games with five rounds of matches remaining, seven behind champions and league leaders Bayern Munich. Paderborn remained rooted to the foot of the standings on 19 points.

The visitors missed a string of chances before Thorgan Hazard gave them a 54th-minute lead from close range and Sancho made it 2-0 three minutes later with a simple tap-in. 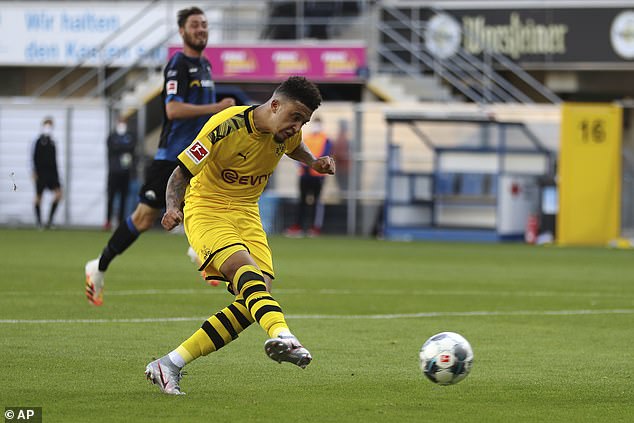 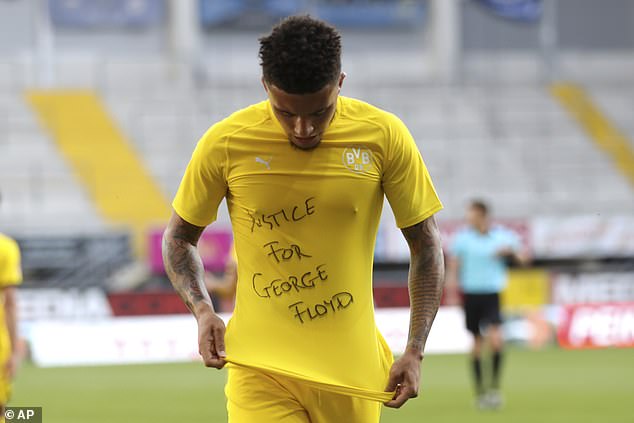 Uwe Huenemeier pulled one back for Paderborn with a 72nd-minute penalty before Sancho scored Dortmund’s third two minutes later with a fine left-foot shot and Achraf Hakimi drilled in the fourth in the 85th minute.

Marcel Schmelzer made it 5-1 with a close-range goal in the 89th and Sancho completed his hat-trick barely 60 seconds later as Paderborn fell apart in the closing stages, giving him time and space to steer the ball past keeper Leopold Zingerle. 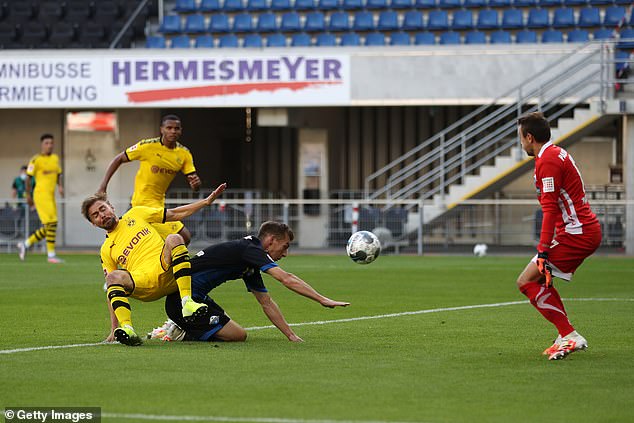 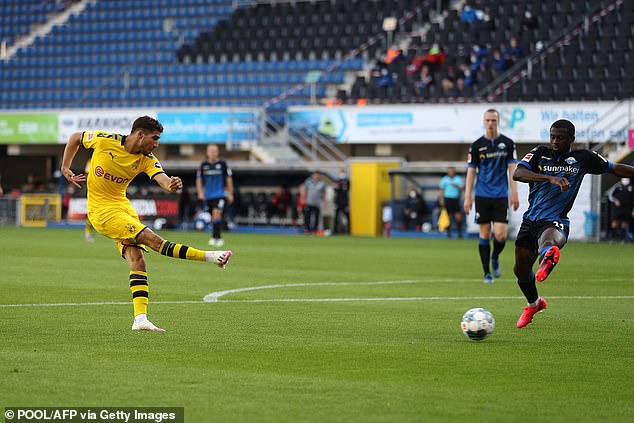 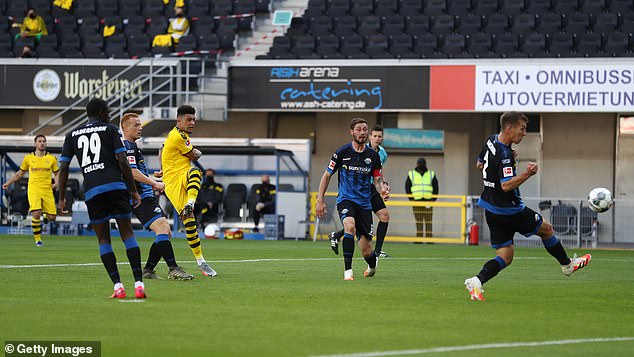 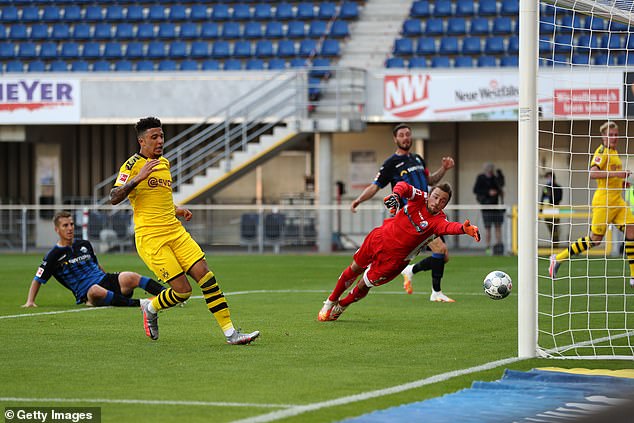 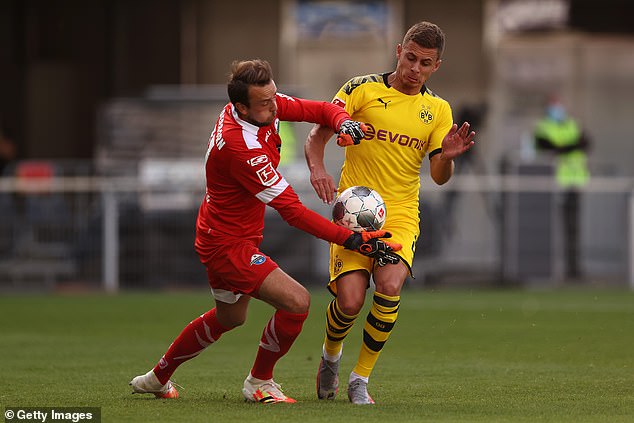 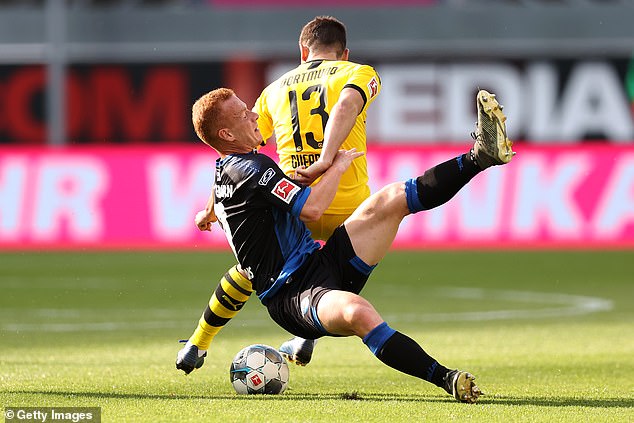 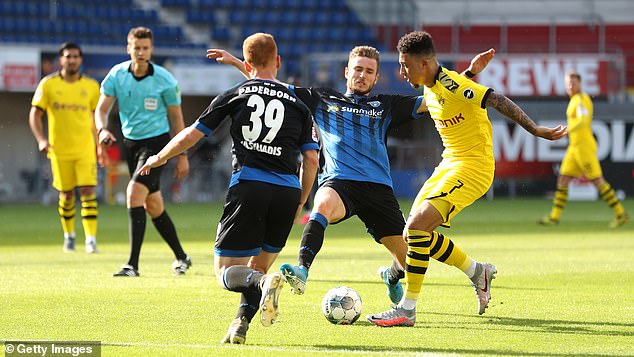 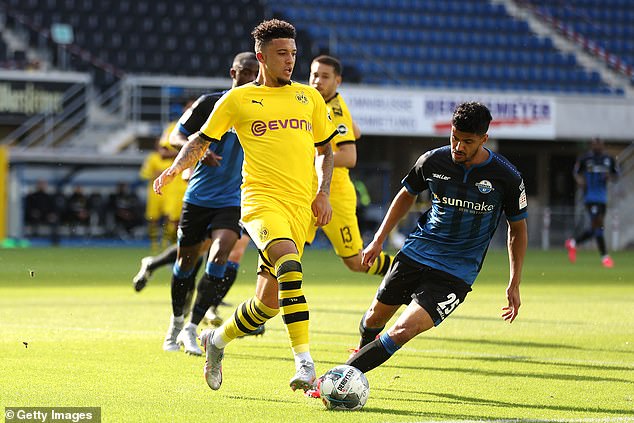 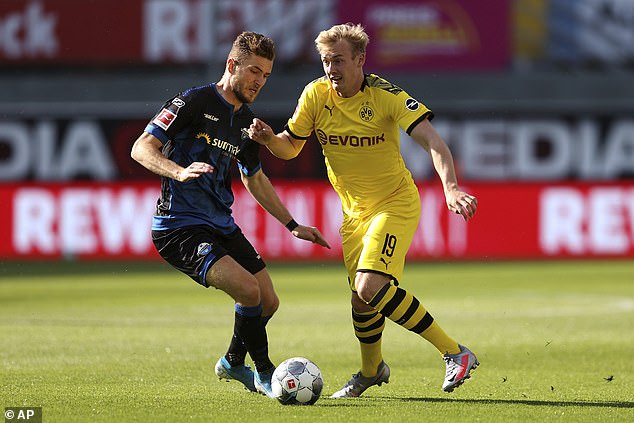