‘The players are hurting in there’: Rob Page is optimistic for the future of Welsh football as he paid tribute to his players following a chastening 4-0 defeat to Denmark

Rob Page paid tribute to his Wales players after they exited Euro 2020 following a 4-0 defeat to Denmark in Amsterdam.

The team arrived in the Dutch capital with high hopes after qualifying from a difficult group including Italy, Switzerland and Turkey, but the Danes, roared on by the lion’s share of the crowd at the Johan Cruyff Arena, gained the first-half advantage through Kasper Dolberg’s crisp strike.

Dolberg doubled his advantage three minutes into the second period after Neco Williams’ clearance landed at his feet less than 10 yards out, before further strikes from Joakim Maehle and Martin Braithwaite added some gloss to the scoreline for the Scandinavians either side of a sending-off for Harry Wilson. 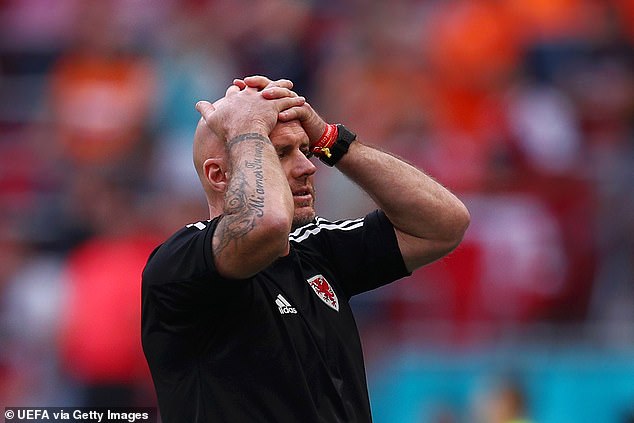 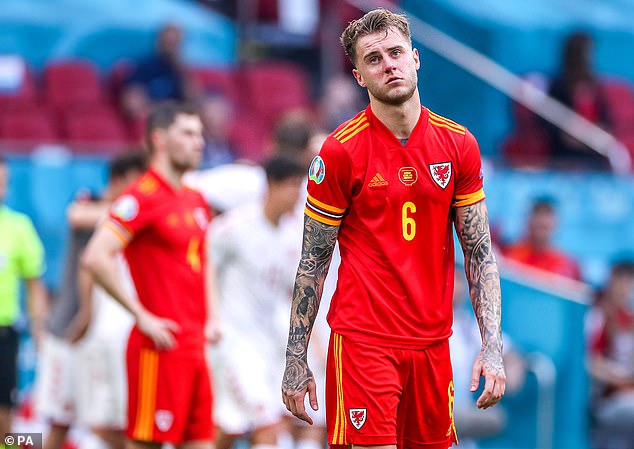 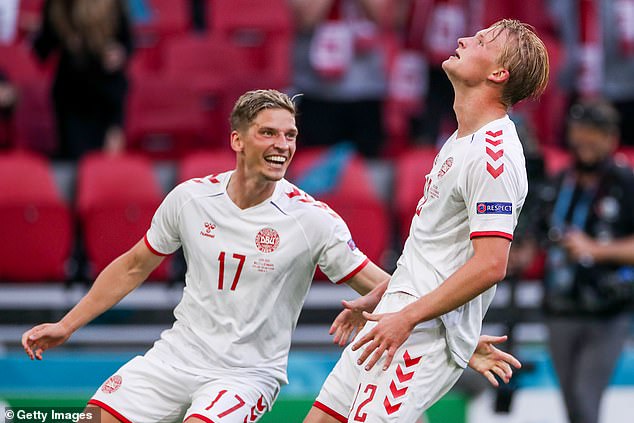 Strikes from Kasper Dolberg, Joakim Maehle and Martin Braithwaite wrapped up the victory

Despite the result, Page was massively encouraged by what he saw.

‘They might not think that now but, when you strip all the emotion out of it, that will hold us in good stead for the future,’ he said.

‘They’re a young group and there’s World Cup qualifiers around the corner in September (away to Belarus and at home to Estonia), and we’ll go again.

‘We’ve had a taste of tournament football now and we want more of it.’

The 46-year-old, who picked up 41 caps for Wales as a player, admitted that the way they went out was tough to accept.

‘It’s a bitter one to take,’ he admitted. ‘The players are hurting in there because of the manner in which they’ve left the tournament and they don’t deserve that. They deserve a lot of credit for what they’ve done up until now. 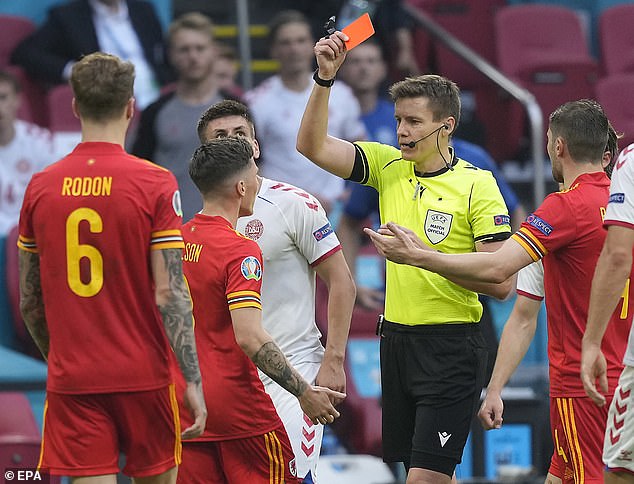 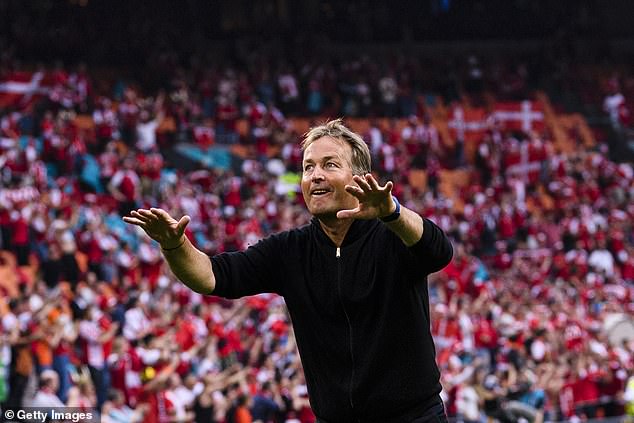 ‘Overall they’re a great group to work with and I think there’s a lot more to come from them.’

Denmark will now face the winners of tomorrow’s match between the Netherlands and the Czech Republic on July 3 in Baku’s Olympic Stadium.

With today’s win, Kasper Hjulmand’s men also became the first side to score four goals in back-to-back European Championship games following their emotional win over Russia in front of a raucous crowd in Copenhagen.