Goran Pandev was given a fitting send off by his North Macedonia team-mates as his international career came to an end on Monday.

Pandev, making his 122nd and final appearance for his country, was substituted in the 69th minute of North Macedonia’s 3-0 defeat by Holland.

The North Macedonia players formed a guard of honour and clapped Pandev off as he left the pitch. Wesley Sneijder, with whom Pandev won the Champions League with Inter Milan in 2010, also applauded the forward from the stands. 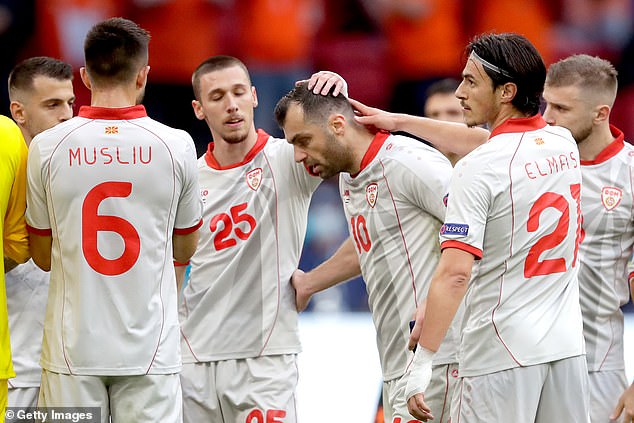 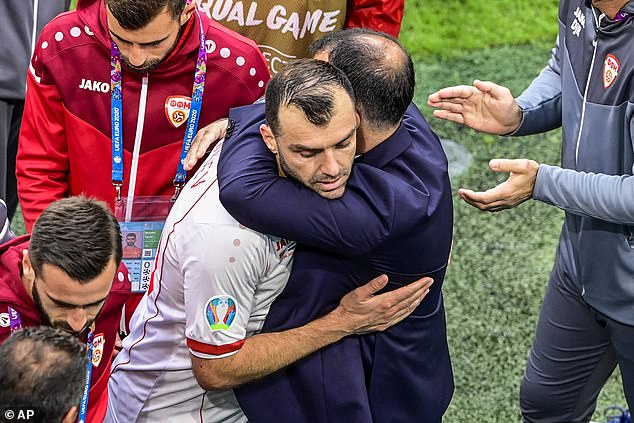 Pandev was making his 122nd and final appearance for his country, having scored 38 times

Before the game Holland captain Georginio Wijnaldum presented Pandev with a Dutch shirt that included his name and his amount of caps on the back.

Pandev is undoubtedly his country’s greatest player of all time, having made more appearances and scored more goals (38) than anybody else.

Having made his debut for Macedonia in 2001, Pandev finally got the opportunity to represent his country at a major tournament this summer.

The 37-year-old is currently playing in Italy with Genoa having previously played for clubs including Napoli and Lazio.

It is for his time at Inter that Pandev is best remembered as far as his club career is concerned as he helped Jose Mourinho’s Inter side to win the Treble in the 2009-10 campaign. 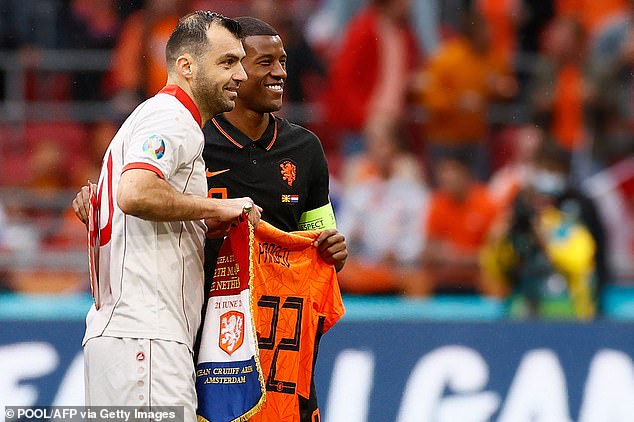 League One play-off final: Blackpool one step away from a great season, says Neil Critchley