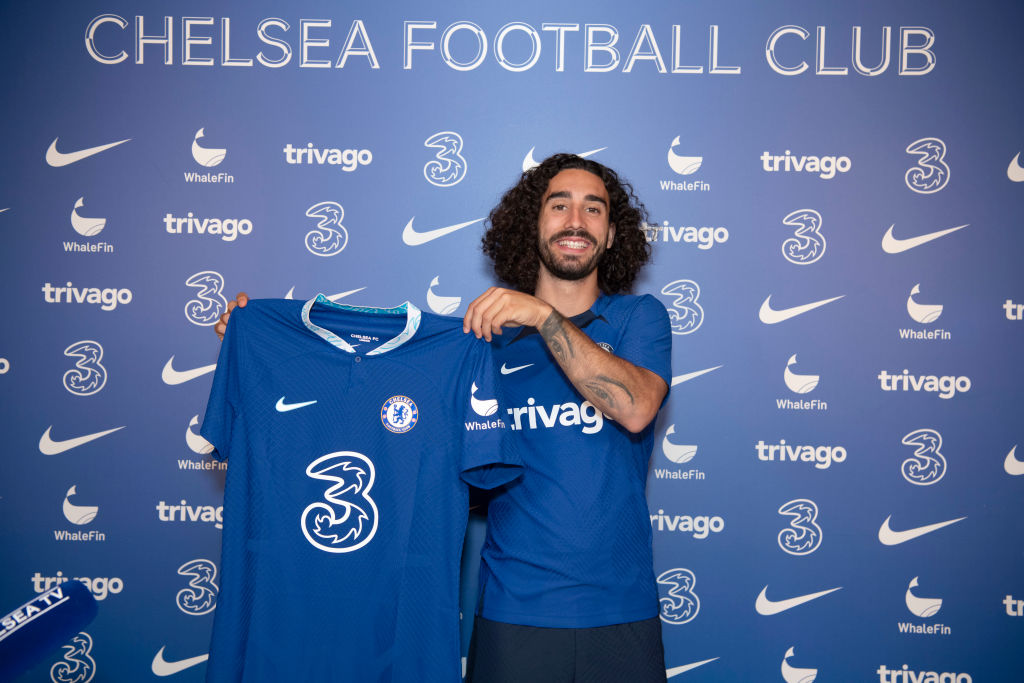 The Blues have been looking for defensive reinforcements this summer after the exits of Antonio Rudiger and Andreas Christensen on free transfers.

They brought one in earlier in the window – experienced centre-back Kalidou Koulibaly from Napoli.

And now they have reinforced their options at the back again with the signing of Cucurella, who can operate at left wing-back or at left centre-back.

The package that has been agreed with Brighton reportedly includes a guaranteed up-front sum of £56m, plus a further £7m in various add-ons and clauses.

Meanwhile, Levi Colwill will make the switch from Chelsea to Brighton on loan for the season.

But Keown thinks that with wing-backs Ben Chilwell and Marcus Alonso currently at the club, the Blues are ‘panic buying’ regarding their deal for Cucurella.

‘It’s an incredible amount of money. I think it’s too much. Cucurella, as good as he is, I think there are still players out there that are better.

‘To pay that kind of money with Ben Chilwell still there, [Marcos] Alonso’s still there. It does feel like it’s panic buying.’

On Chelsea’s top-four hopes, Keown said: ‘If you look at last season, if I had to say of the top four teams, if there’s one that could slide out of the top four, it could be Chelsea.’

‘Thomas Tuchel is an outstanding manager but all of his support team around him have disappeared. So there’s a bit of change there.

‘The new owner’s come in and he wants to make a difference. On the eve of the new season he’s making a statement with that kind of signing. Is it overspending? I think maybe it is.’

Jack Lyons in the young analyst who has got Leicester flying