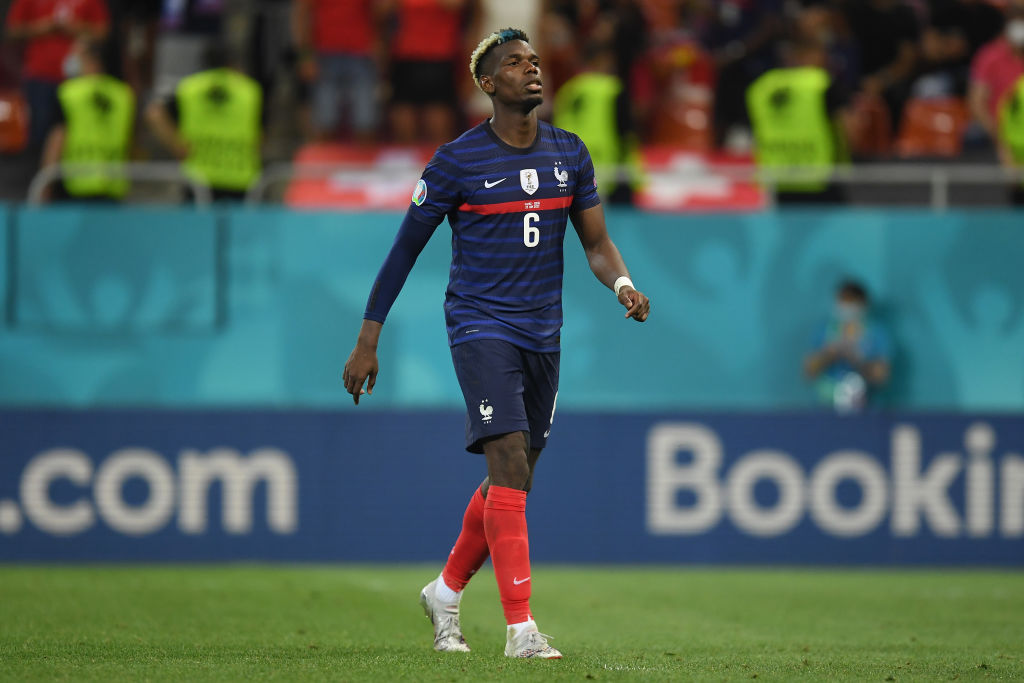 The World Cup winners threw away a two-goal lead in the final six minutes and crashed out of the competition after a penalty shootout defeat to the Swiss.

Pogba scored a sensational goal in the second half but he was guilty of being too casual on the ball before Switzerland’s equaliser, which ultimately cost Didier Deschamps’ side.

Pogba then clashed with midfielder Adrien Rabiot and the row reportedly erupted elsewhere with the Juventus ace’s mother arguing with Pogba’s family in the stands.

But Petit says it was Pogba that ‘lost the plot’ as France – the favourites for the tournament – crashed out at the last-16 stage.

‘I don’t really understand what happened to France versus Switzerland,’ Petit told PaddyPower.

‘During the game we only played well for 20 minutes after Lloris stopped the penalty. After it, we looked confident and like a good team.

‘But then there was one incident – Pogba lost the ball for the second Swiss goal – and France collapsed.

‘We lost everything. Concentration, team spirit, desire – and the tie.

‘Worst of all, we started fighting on the pitch between ourselves.

‘There was a big clash between Rabiot and Pogba, who lost the plot, after the second Swiss goal and from then on we had no control, no confidence.

‘Mbappe was asking for more responsibilities before the tournament, and there were stories about not passing the ball to Giroud.

‘There was even fighting in the stands between Rabiot, Mbappe and Pogba’s families after the second goal – Rabiot’s mother said Mbappe’s big head is spoiling the team.

‘Then Mbappe penalty is saved in the shootout.

‘We looked so far away from the World Cup-winning team.

‘It reminds me of our team in 2002, when we went out in the group stage of the World Cup. It’s a real shame because it doesn’t need to be like this.’