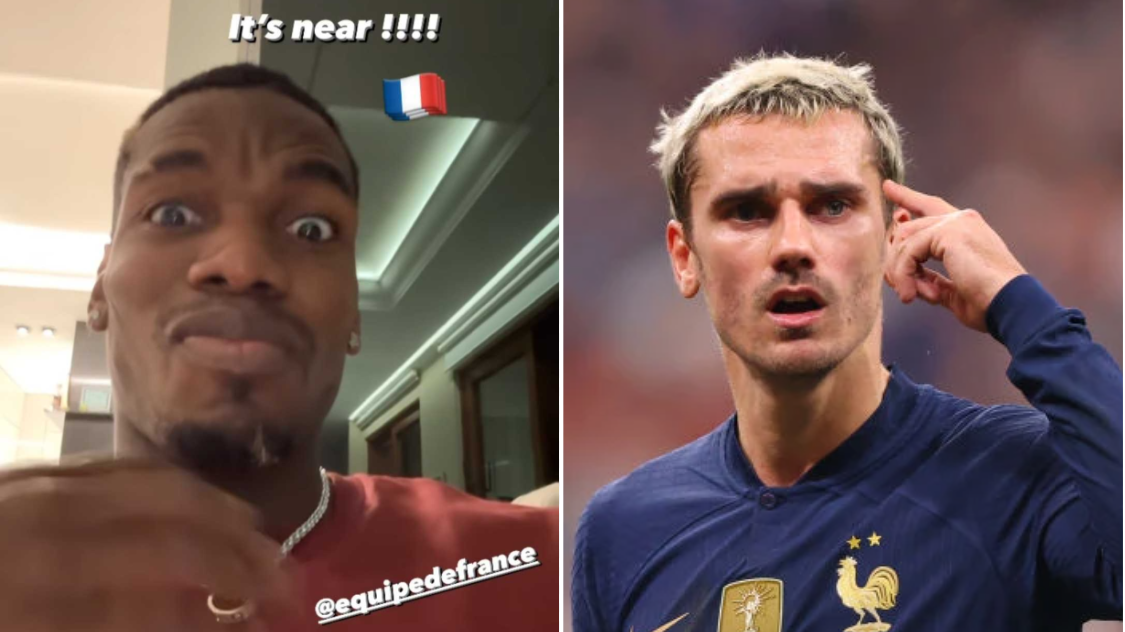 Les Bleus have become the first nation since Brazil in 1962 to reach back-to-back finals after a 2-0 win at the Al Bayt Stadium, with Theo Hernandez opening the scoring after just five minutes before substitute Randal Kolo Muani killed off the tie late on.

France will take on Argentina in Sunday’s final and they will be looking to Griezmann to provide yet more inspiration, with the 31-year-old having enjoyed something of a renaissance in a new midfield role.

In the absence of both Pogba and Kante – who missed the tournament due to injury – Griezmann has lined up on the right side of a midfield three with freedom to get forward and create and he has laid on the most chances of any player in Qatar.

Against Morocco, however, it was his defensive qualities that shone through; he made two tackles, two interceptions, three clearances and one block – meaning his seven defensive contributions was bettered by just two players in the match (Jules Kounde and Ibrahima Konate).

Griezmann has been inundated with praise in his new role and now Pogba has added his own tribute, likening the attacker to their tough-tackling, all-action team-mate Kante.

The Juventus midfielder uploaded several pictures to his Instagram stories reacting to France’s win, writing ‘It’s near’ as his team-mates close in on an historic second successive World Cup crown.

Pogba also tagged Griezmann and dubbed him ‘Griezmannkante’ alongside a thinking-face emoji, while he seemed to be pulling a face that suggested he was very impressed – and perhaps even a little surprised – with how good a defensive performance his team-mate had delivered.

The former Manchester United star was not the only person to liken Griezmann to Kante, with BBC pundit Didier Drogba also making the comparison following the win over Morocco.

‘Antoine Griezmann has surprised me but he has the intelligence and quality to do it,’ said the former Chelsea striker. ‘He looks more like Kante than Griezmann!’

‘I thought he was man of the match, he was really good. You have got to give Didier Deschamps credit for changing Antoine Griezmann’s position slightly.

‘He is really enjoying what he’s doing and he’s working as hard as anyone on the pitch. He is doing an incredible job, both going forward and defensively. He has been superb.’