Paulo Dybala is considering his future at Juventus after reports the club are planning sell him to generate funds, with the forward frustrated at being transfer listed.

Dybala was one of the top performers for the Old Lady in the 2019-20 season after netting 17 goals and providing eight assists in all competitions. He was also named as the Serie A MVP – but is in line for a shock exit with owner Andrea Agnelli looking to rejuvenate the squad.

Juventus won the Scudetto but were dumped out of the Champions League by Lyon, with Andrea Pirlo taking over from Maurizio Sarri, and the Turin could be overhauled ahead of next season. Dybala, who earns around £9million a year, could fetch bids of around £90m and £110m and allow the club to reinvest in the team. 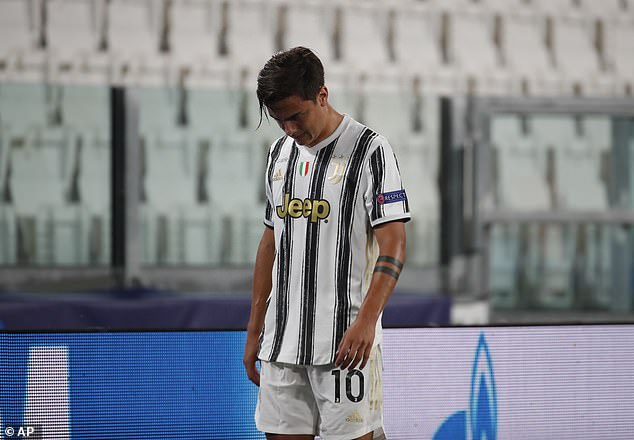 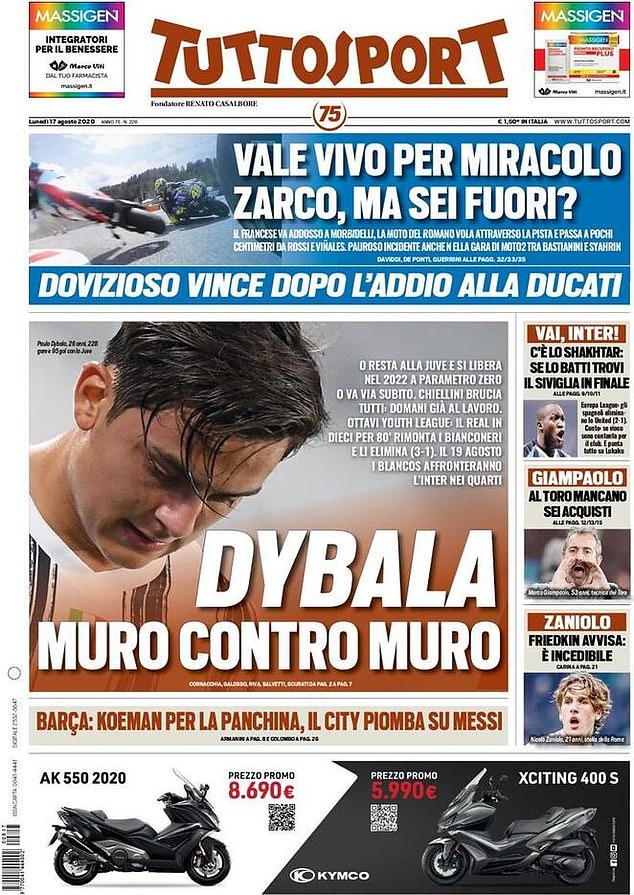 But according to Tuttosport, the 26-year-old is now unsettled after hearing of the club’s new stance – just a year after they attempted to sell him to Manchester United and Tottenham.

Cristiano Ronaldo is set to take a major striking role under new boss Pirlo next season, the report adds, which could leave Dybala sidelined, with the club’s legendary former midfielder seeking ‘a true centre forward’.

Dybala had been speaking to the club about a new deal but talks have stalled, Tuttosport claims. His current deal ends in 2022 and he is reportedly demanding around £260,000 a week to prolong his stay. 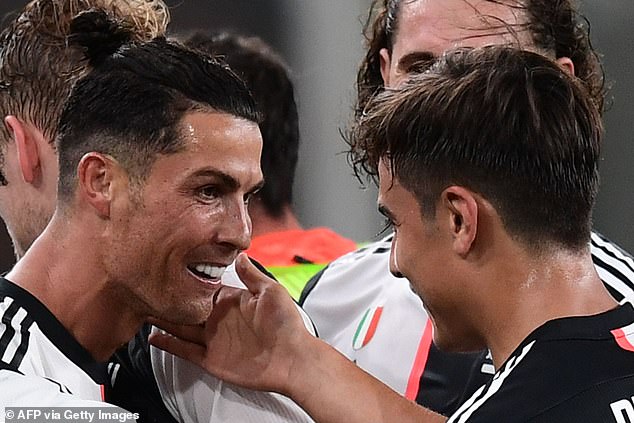 Cristiano Ronaldo is being lined up as Juve’s main forward, which could leave Dybala sidelined

But Juventus are unwilling to commit to that amount – double what he currently earns – amid speculation they could instead cash in.

Dybala, who joined Juventus from Palermo in 2015, has played 228 times for the club scoring a total of 95 goals. In that time he has won five Serie A titles and three Coppa Italia trophies.

He came inches from leaving Juve last season and was on the verge of joining Manchester United before the move broke down. He later emerged as a target for Tottenham, reportedly telling team-mates he was heading there before the deal was scuppered by an issue over his image rights. 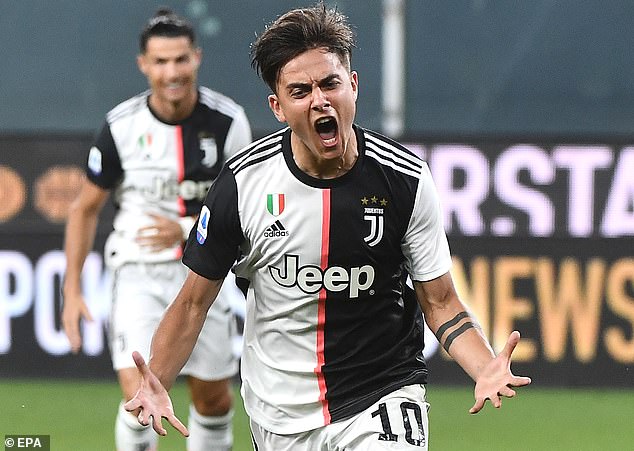 PSG were also rumoured to be an interested party before they snapped up Mauro Icardi from Inter Milan.

He looked to have won the club over again after enjoying a superb season, but a report by Gazetta dello Sport claimed Dybala’s farewell would be an easy solution to solve their economic woes and improve the Juventus squad.

Real Madrid have been touted as a possible destination for one of the world’s top forwards, while a move to the Premier League is also likely.