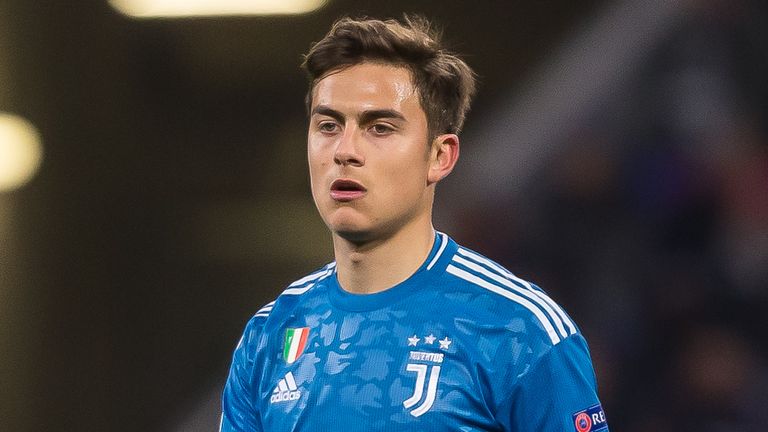 Paulo Dybala says everyone needs to be united in the fight against racial discrimination, in the wake of George Floyd’s death, and believes his team-mates are ready to take action if fellow players are abused in future Serie A games.

George Floyd, a 46-year-old black American, died after a white policeman knelt on his neck for nearly nine minutes in Minneapolis, Minnesota, on May 25. Since then, the incident has ignited widespread anti-racism protests, in the United States, the UK and across Western Europe.

In light of these events, citing the abuse suffered by Dybala’s former Juventus team-mate Moise Kean in a game against Cagliari last year, and recalling other incidents of discrimination directed towards players in Serie A, the forward says all players have a responsibility to start being more proactive to directly condemn racism during matches in Italy. “Sometimes it is difficult to put yourself in the shoes of someone who suffers racism when you don’t really ever suffer it, because you don’t feel it,” Dybala told CNN.

“But you know what is going on because of having a team-mate who suffers racism not only because of their skin colour, but because of the country they’re from that people discriminate against or they see as something bad.

“Here, it is not the case that only people of colour that should be fighting racism. Here we all have to be united as a society, as a world to do it. “It really wasn’t easy for [Kean] and I’ve experienced various situations of racism with other Juventus team-mates in other stadiums.

“If not, then it will be us players who will have to take measures into our own hands so that this does not continue to happen because we are talking about one of the biggest championships in the world, where millions of people are watching and if they see that there is racism and no action is taken, people get emboldened and continue doing it.”

Several footballers in the Italian top-flight have been on the receiving end of racial slurs in stadiums in recent seasons.

No action was taken by Serie A officials against Cagliari after their supporters directed monkey chants and threw bottles towards Kean in a match versus Juventus last April.

Slurs were aimed at Napoli defender Kalidou Koulibaly by Inter Milan supporters during a Boxing Day match in 2018.

Inter Milan striker Romelu Lukaku was targeted with monkey chants in September 2019, while Brescia’s Mario Balotelli kicked a ball towards the stands after being subject to abuse in a match versus Hellas Verona in November last year.