Pep Guardiola watched Manchester City hit five past Burnley – and then claimed this season is leaving him joyless.

City went six points behind Liverpool with a game in hand after scoring a glut of goals, yet their manager was immediately preoccupied with Tuesday’s trip to Porto in the Champions League as the relentless schedule continues.

‘The problem today is the players lose the joy of playing football,’ Guardiola said. 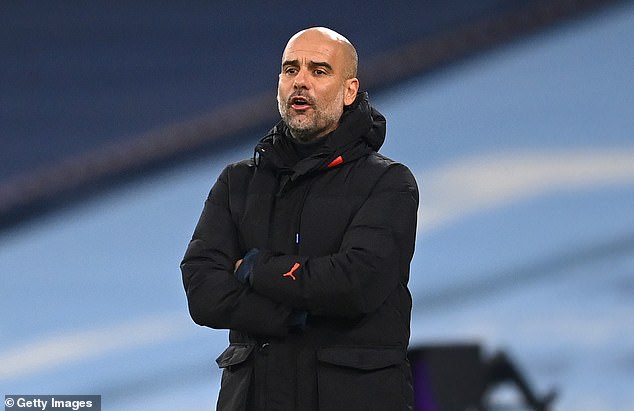 ‘Before it was nice playing football once or twice a week with spectators. Now it’s three days and then another one. We will travel to Porto to win, then prepare against Fulham.’

Guardiola also warned his City forwards that they must starting hitting individual targets or face sitting on the bench, suggesting he is ready to ditch mass rotation in matches over the next month and will only pick players on performances.

‘It’s not about rotation now,’ Guardiola said. ‘The players who don’t make mistakes – like John Stones in defence – deserve to play more games. 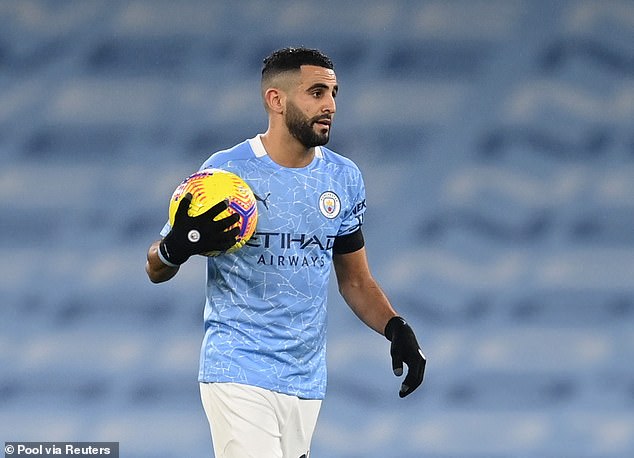 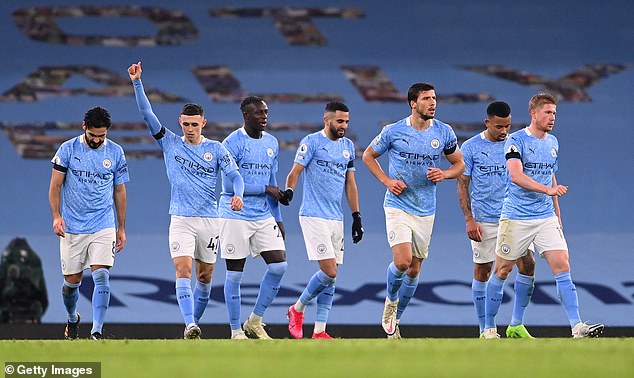 ‘The goals today helps us, of course – especially for Riyad Mahrez. Gabriel Jesus has to score goals. (Raheem) Sterling when he plays has to score. They have to score more goals. That is why they are here. It depends on the player, their performance on the pitch.

Mahrez answered his vocal critics by netting a hat-trick, while Aguero is likely to return to action over the next week.

‘Sergio depends how he wakes up,’ Guardiola added. ‘He makes good training sessions and then has some niggles. He woke up with a little problem in his knee.

‘We know the injury he had is not easy for the recovery. We have to handle it as best as possible.’