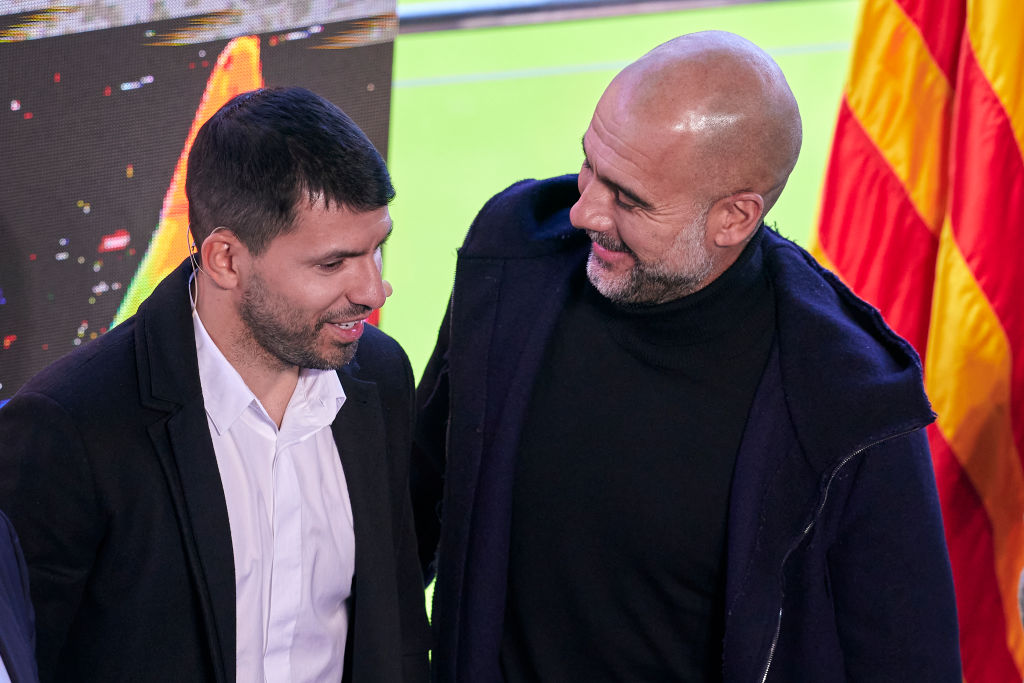 Manchester City have cancelled their planned pre-match press conference with manager Pep Guardiola ahead of Sunday’s game against Newcastle.

The City boss was due to speak to the media at 12.30 to look ahead to his side’s trip to Eddie Howe’s relegation threatened side.

However, Guardiola returned an inconclusive coronavirus test and is now waiting for the results of a follow-up PCR test.

Guardiola said on Monday that some staff members at City had tested positive but his side were able to play their Premier League game against Leeds on Tuesday, when they won 7-0.

City’s opponents Newcastle have been largely unaffected by the mounting Covid crisis, but manager Eddie Howe concedes the situation is rapidly spiralling out of control.

‘I think it’s probably on a knife edge would be my verdict on it,’ Howe said on Friday.

‘I think when you start losing players to Covid, I think then the worry for me is that the competition becomes slightly unfair. I don’t think anyone wants to see that.

‘That’s the biggest thing people want to see is a fair league. They don’t want to see disparity in games and players missing.

‘I know that the people in charge of the Premier League will do that. I think there’s a lot to consider. It’s not an easy decision to make.

‘I’m well aware how complex everything is. But we’ll follow the guidelines that were given and see what happens.’