Several Manchester City players are reportedly ‘dissatisfied’ with the amount of game time they have been afforded by Pep Guardiola this season. Guardiola has hinted that there could be a number of significant outgoings this summer, saying: “There are players that accept one typical situation in the team and there are other ones that don’t accept it.

“When they don’t accept sometimes not playing, you can sustain that for one season — a short period — but not for a long period.

“It’s impossible. In that position, we have to change. We’ll see at the end of the season.

According to a report from the Athletic, Raheem Sterling, Aymeric Laporte and Gabriel Jesus are all unhappy with their roles. 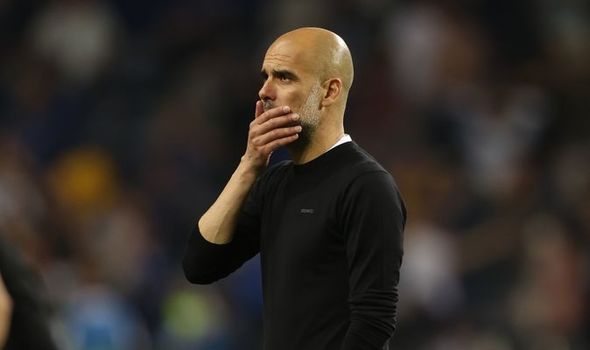 Sterling has not been a regular starter this season, while the signing of Ruben Dias and the form of John Stones has seen Laporte largely benched.

Guardiola has also regularly gone with a false nine in attack, something which has limited Jesus’ opportunities.

Riyad Mahrez is another player who could leave the club this summer, despite playing a key part in City’s season, with the forward having just two years left on his contract.

The report also states that Rodri ‘isn’t thrilled with how his season ended’, having been benched for the Champions League final. 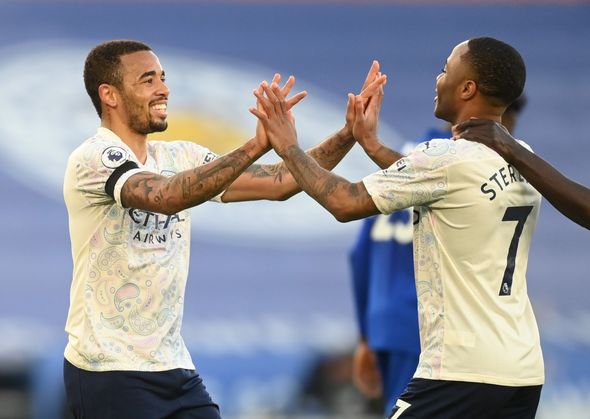 Joao Cancelo, meanwhile, is said to have ‘relapsed a little’ after losing his spot in the first-team and there are also ‘murmurs’ that Bernardo Silva is unhappy with his role at the club.

Left-back Benjamin Mendy has struggled with injury problems since joining the club from Monaco in 2017 and, although he is said to be ‘accepting of his situation’, City would be willing to sell if a suitable bid was made.

City’s chief operating officer Omar Berrada was recently quizzed about the club’s potential transfer business this summer and replied: “We’re looking at areas where we can potentially improve the squad.

“But if you look at the performance of the team and everything they have done this year, it’s not that there is significant investment that we need to make. 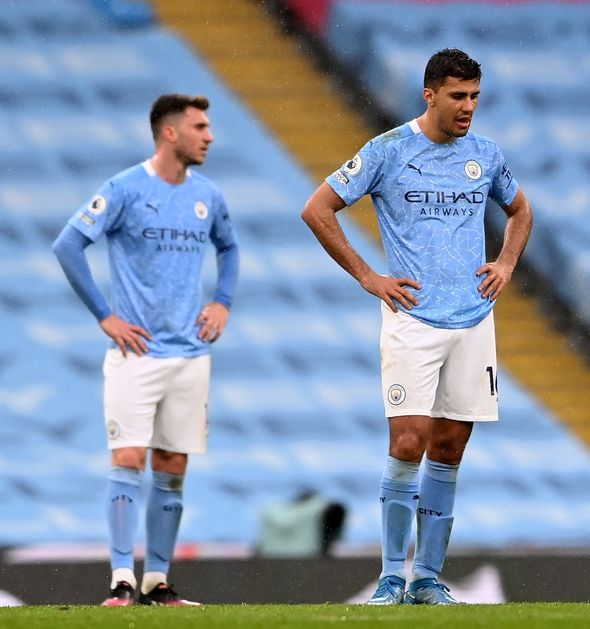 “Perhaps we will look at the striker position because we have a legend like Sergio Aguero leaving. When the season ends, we will sit down and look at what we want to do in the transfer window.

“Replacing Sergio is a very difficult task if not impossible. If you look at Sergio and his contribution to the team since he’s joined us have been absolutely phenomenal. Arguably, maybe he is the best striker in Premier League history if you look at the number of goals per minutes played.

“He is going to be sorely missed and we wish him the best for the rest of his career. He’s a legend for this club. What he has done, along the likes of Vincent Kompany, David Silva and many others who have been with us for so many years, it’s almost impossible to replace him.

“Now it’s up to our football director Txiki Begiristain to work with Pep and his coaching staff to bring somebody who can contribute to that striker position specifically. We will see what opportunities are available in the market and whether it makes sense for us as a club to invest in that kind of a player.”