Manchester City have seen their defensive options bolstered after three stars returned to training following exits from the World Cup in the knockout rounds.

Pep Guardiola’s side are due to take on rivals Liverpool in the Carabao Cup on Thursday, and had been set to field a considerably weaker team, but Nathan Ake, Manuel Akanji and Rodri returned to training on Tuesday.

Despite their return youngsters like Rico Lewis are still likely to start in the game that has seen both clubs warn supporters against ‘unacceptable behaviour’ ahead of the match. 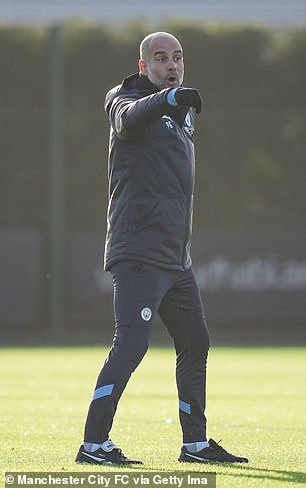 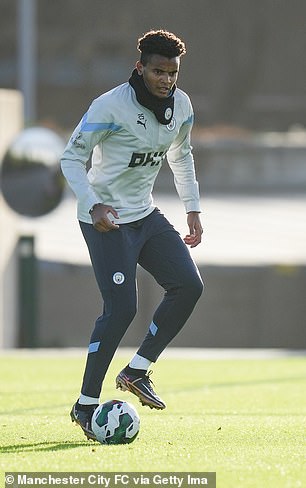 Akanji and Rodri both fell victim to round of 16 defeats in Qatar with Switzerland and Spain respectively, while Ake’s Holland side made it to the quarter-finals where they were defeated by eventual champions Argentina.

Rodri was partnered at the heart of the Spanish defence by City team-mate Aymeric Laporte, although the latter was not spotted at the training session.

Guardiola is also set to be without his five English players, who are still yet to return from the World Cup after their quarter-final exit at the hands of finalists France. 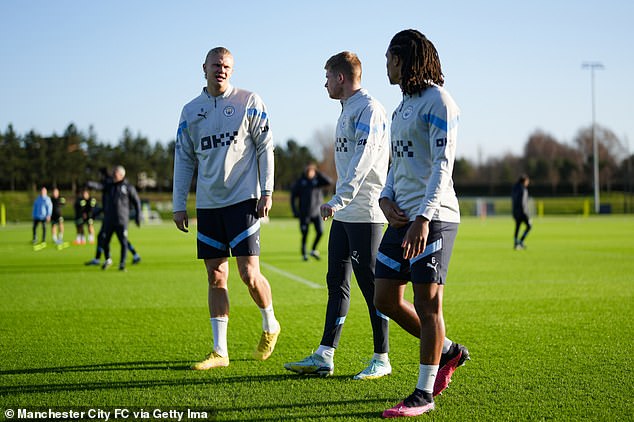 However Kevin de Bruyne and Ilkay Gundogan – who were both dumped out at the group stages – have played roles in the side’s mid-season training, and both featured in a friendly against LaLiga outfit Girona.

Both midfielders started the 2-0 victory – with the Belgian maestro opening the scoring before Erling Haaland scored the second before half-time.

The three regular starters were joined by Riyad Mahrez as the only four key players in action for the Cityzens in the friendly encounter. 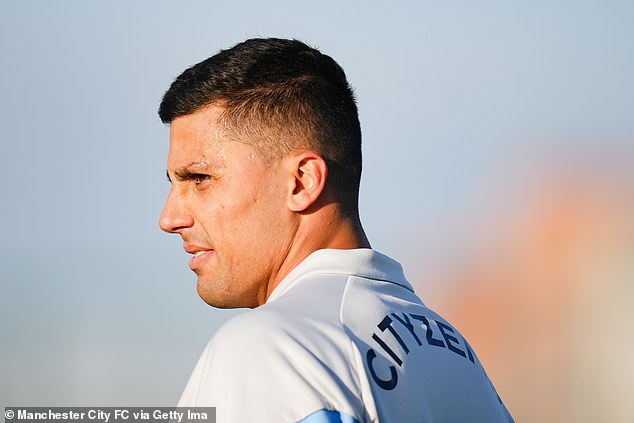 Only Barcelona (17) had more players involved in Qatar than the reigning Premier League champions (16), and Guardiola’s side picked up more money (£4.5million) from FIFA than any other club as a result of their players’ progress in the tournament.

It is unclear whether the returning trio will play any role in Thursday’s clash, but every day they have in training will be seen as a plus to Guardiola ahead of a busy festive period.

10 THINGS WE LEARNED from the Premier League this weekend

Wolves vs Crystal Palace prediction: How will Premier League fixture play out tonight