Pep Guardiola has challenged his Manchester City players to provide a positive advert for football in Saturday’s Champions League final. An all-Premier League tie will put City up against Chelsea in Porto.

Guardiola’s side could complete a treble of honours this season if they lift the Champions League.

A third Premier League title in four years was wrapped up just months after lifting a fourth consecutive Carabao Cup. City have done so playing some of the most scintillating football of recent times.

To win three trophies this season would be a remarkable achievement given that they were 10th in the top-flight as many as two months into the campaign.

Guardiola has overseen a drastic turnaround, aided by big-money signings such as Ruben Dias. The defender will end the season playing his maiden Champions League final in his native Portugal. 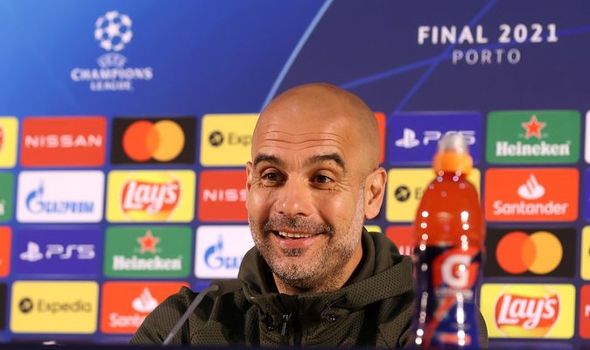 The Spanish coach also has an opportunity to win his first European title in a decade. His last came when his Barcelona side defeated Manchester United at Wembley in 2011.

He beat the same opposition with Barca two years earlier.

City are in their first-ever Champions League final. They have navigated a tough draw that included a quarter-final against Borussia Dortmund and a semi-final against Paris Saint-Germain.

They now face a Chelsea side who ended the season out of form and lost the FA Cup final against Leicester City.

Guardiola has told his players to use their momentum to create a spectacle.

“Yeah absolutely, but it’s a final and it doesn’t mean it’s going to happen tomorrow,” Guardiola said when asked if the times they have suffered this season will be used as a positive experience in the final.

“We suffered in the first-half against PSG and Dortmund. But we stuck together. Tomorrow we will not have 90 minutes one side dominate, we are going to suffer but when we get momentum we will have to use it. 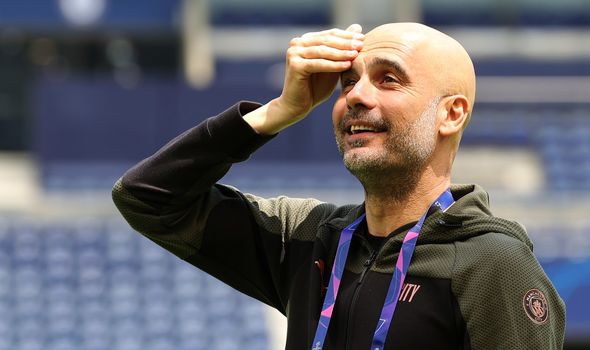 “I’m the happiest man in the world to be here. It is a privilege. We will try our best and [make] a good advertisement for football.

“Everyone wants to win but to win you have to play. You want to play one way but sometimes you have to adapt to difficult circumstances.

“Some players go out there with tension, some struggle, but they have to handle this. I’m pretty sure we have to suffer to win the final.

“It’s nice to say enjoy it but sometimes it’s not possible. You have to be resilient and adjust. We will try to be ourselves and do what we can.

“I know exactly the way we want to play, with who we’re going to play and I’m not going to bother them much. It’s an incredible experience to be here, I never expect when I start my career to play one final.

“We’re so lucky. I know exactly what I’m going to tell them. The guys who are anxious and nervous, I will tell them it’s normal.”
Source: Read Full Article