City won a 20th straight game in all competitions against West Ham on Saturday and now stand 12 points clear at the top of the Premier League after rivals dropped points.

They can equal their longest-ever unbeaten run of 28 matches by avoiding defeat against Wolves on Tuesday night – but the manager still thinks they can up their game. 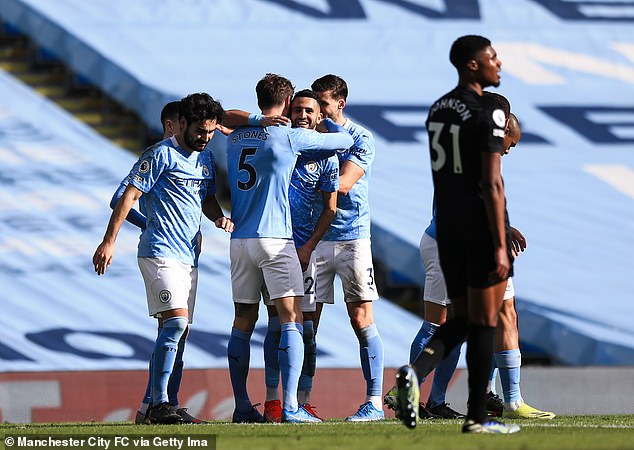 ‘We are delighted with what we have done so far,’ Guardiola said. ‘We cannot deny it. If no team has done it before it means how difficult it is. But at the end what counts is if you lift the trophies or not.

‘We are in one final, in a good position in the Premier League, we are in all competitions but we cannot sit down and say how good is everything.

‘There is still a lot of work, a lot of jobs to do and I have signals that we can still improve.’

Guardiola believes this season has shown that City must not rest on their laurels despite a commanding lead – indicating that a sloppy week could allow others to gazump them. 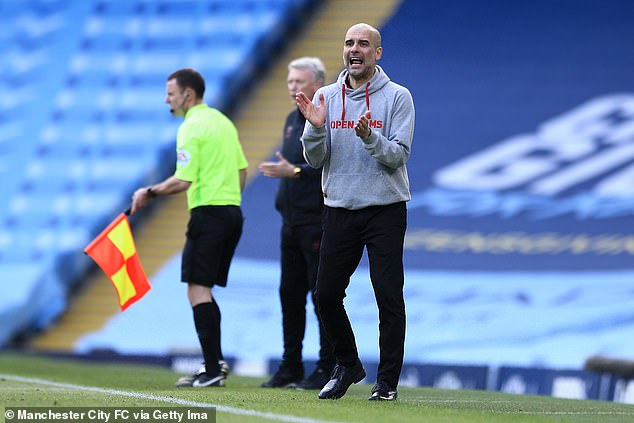 ‘Today, right now, the champion is Liverpool,’ he added. ‘Like in Europe it is Bayern Munich, and if you want this honour you have to win it. We want these 36 points. This is the reality. In England, every team can lose and lose games in a row.

‘You know how important this week is – with Wolves, Man United and Southampton – and then travel to Fulham. If we are able to do what we want to do we will make an incredible step. Nobody is champions in March.

‘If you win 20 games, not all the games are exceptional. We were not good in the last game because West Ham were exceptional but we took the points.’ 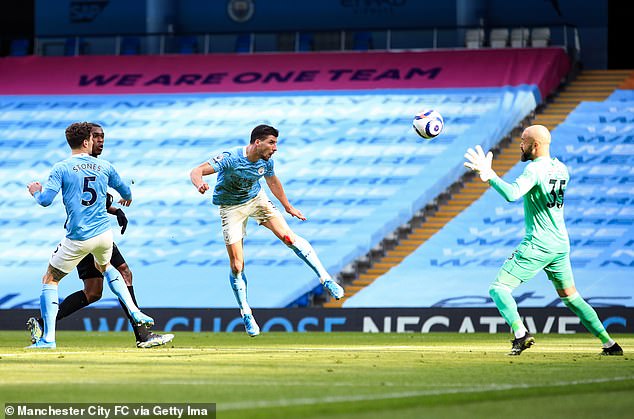