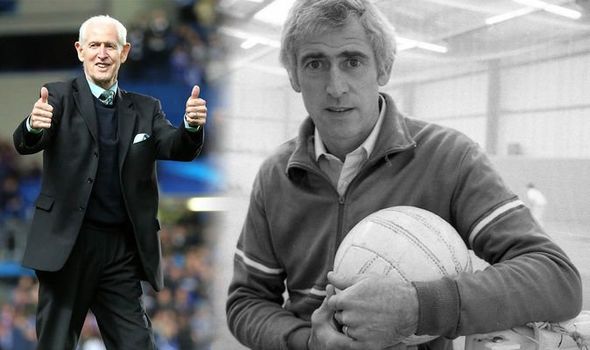 Chelsea legend Peter Bonetti has died aged 78, his club confirmed on Sunday. Bonetti made 729 appearances for Chelsea and was also part of the England squad that won the World Cup in 1966.

How did Peter Bonetti die?

Peter Bonetti had been suffering from long-term illness when he died, Chelsea wrote on its website.

Addressing their former goalkeeper’s passing, Chelsea wrote on Twitter: “All of us at Chelsea Football Club are deeply saddened to announce the passing of our brilliant former goalkeeper, Peter Bonetti, who made an incredible 729 appearances for the Blues…”

The club also said they were sending their “heartfelt and deepest condolences to Peter’s family and friends”.

Bonetti, nicknamed The Cat, was a goalkeeping superstar of the 1960s and 1970s.

Born in 1941 in Putney, London, Bonetti’s family moved to Worthing on the Sussex coast in 1948.

He shone at an early age, first playing for Worthing before Chelsea later signed him from the Reading youth team after his mother had written to then-manager Ted Drake.

Whilst a Chelsea junior, Bonetti made five appearances for Croydon Amateurs in the Surrey Senior League thanks to youth team coach Albert Tennant who was also coaching Croydon at that time.

From the 1960/61 season onwards, he was Chelsea’s first-choice goalkeeper, a position he held more or less constantly for the next nineteen years.

Bonetti left on a free transfer in 1975, joining the St Louis Stars of the North American Soccer League (NASL).

He played 21 games for the American side and helped them top the Central Division and reach the play-off semi-finals.

He then returned to Chelsea, where he helped new manager Eddie McCreadie’s young side gain promotion in 1976/77.

Bonetti played his final game for Chelsea in 1979, having made a total of 729 appearances for the club and kept more than 200 clean sheets.