Pierre-Emerick Aubameyang once again showed just how important he is to Arsenal with his first-half goal against Liverpool in the Community Shield on Saturday afternoon.

A fantastic pass from Bukayo Saka was picked up by Aubameyang on the left, who then charged towards goal, cut inside, and put the ball in the corner from outside the box, beyond Alisson Becker’s outstretched hands. 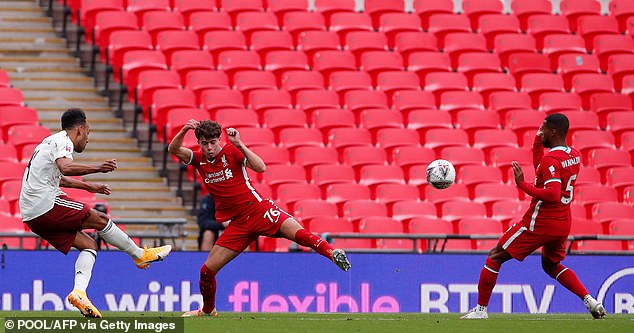 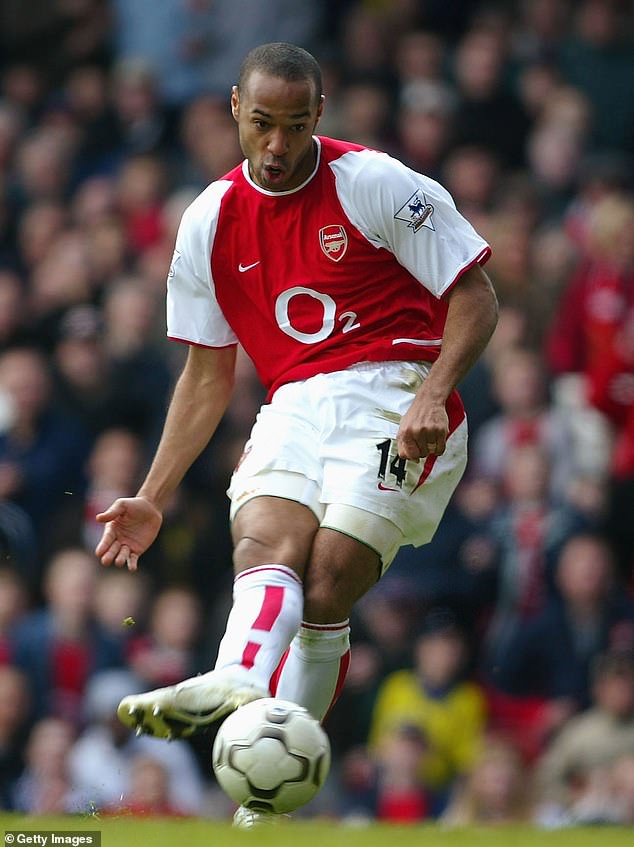 ‘That’s Henry-like,’ said Crouch. ‘It’s a finish he would’ve been proud of.’

Keown, who once played alongside Henry at Arsenal, called Aubameyang ‘a wonderful talent,’ and that the goal ‘underlines the fact they need to sign him.’

Earlier this week, Arsenal boss Mikel Arteta said he hoped a deal to keep his star man at the Emirates could be completed soon. 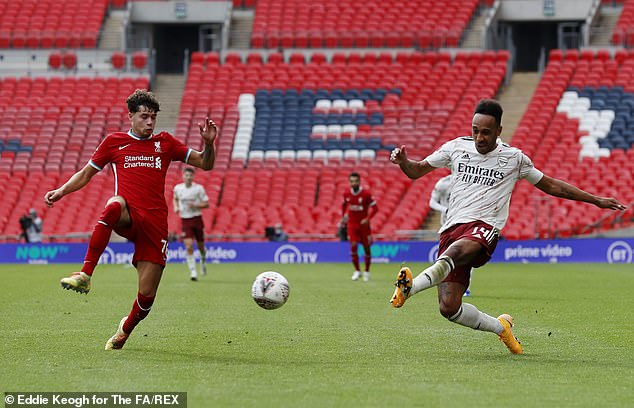 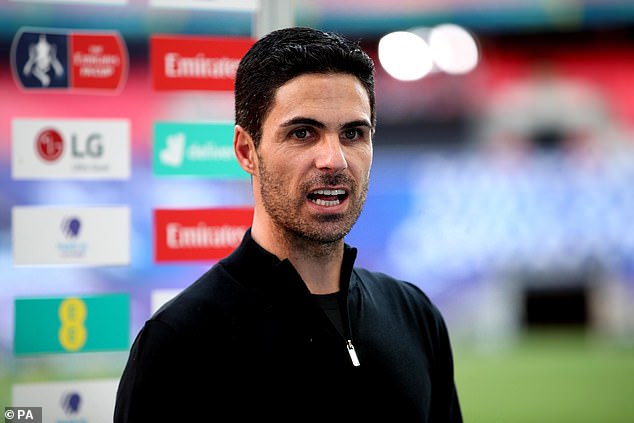 He has verbally agreed to commit his future to the club, but the three-year contract extension, worth in excess of £250,000-per-week, is still to be rubber stamped and confirmed.

‘Absolutely world class,’ Crouch said of Aubameyang and the goal. ‘It’s beautiful football, it’s what Arteta wants. They’ve got an identity of working it out from the back.’

‘He playing with such confidence,’ Keown continued. ‘Good approach play, and you need that class to finish moves off.’