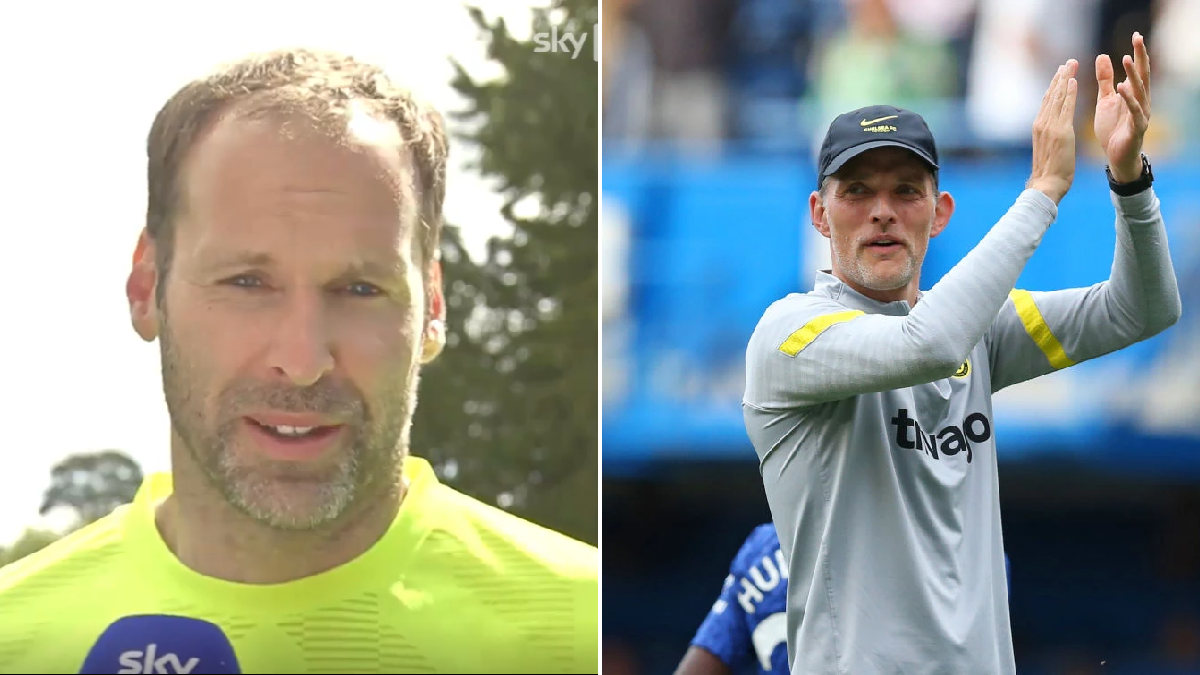 Petr Cech says he is ‘living on his phone’ as Chelsea look to strengthen Thomas Tuchel’s squad at Stamford Bridge and challenge Manchester City and Liverpool for the Premier League title next season.

While Chelsea won the Club World Cup and UEFA Super Cup last season, they were unable to compete with domestic rivals Man City or Liverpool and failed to defend their Champions League crown.

At a minimum, Tuchel wants to sign a replacement for new Real Madrid signing Antonio Rudiger and a forward to potentially lead the line in the absence of Romelu Lukaku, who wants to join Inter Milan this summer.

Cech is anticipating a ‘busy summer’ at Stamford Bridge and insists the club will look to be active in the transfer market and make the squad ‘as strong as possible’.

The former Chelsea goalkeeper and current technical director said: ‘I live on the phone! It will be a busy summer. We will plan, prepare and try to be as strong as we can next season.

‘I think everybody knows where we are in terms of the team. Of course we will try to strengthen the team.

‘We want to do the best possible and be ready to compete next season. It’s going to be a tough season with a World Cup in-between so we need to be ready for that.’

Reflecting on the 2021-22 campaign, Cech added: ‘We won two major trophies and we lost two finals on penalties which was unfortunate.

‘It’s true that we dropped points around November and December last season when we struggled with Covid, this is where the difference was made in my opinion.

‘We hope we can avoid that and remain consistent and challenge everyone next season.’

Cech – who won four Premier League titles and the Champions League at Chelsea – also heaped praise on Tuchel, not only for guiding the club to multiple trophies but also for handling the chaos around the recent takeover.

‘He’s done an incredible job and last season he handled the whole situation very well and managed to pull his team through,’ Cech said. ‘I hope he can continue like that.’

Leicester in talks with Tielemans over a new £100,000-a-week contract