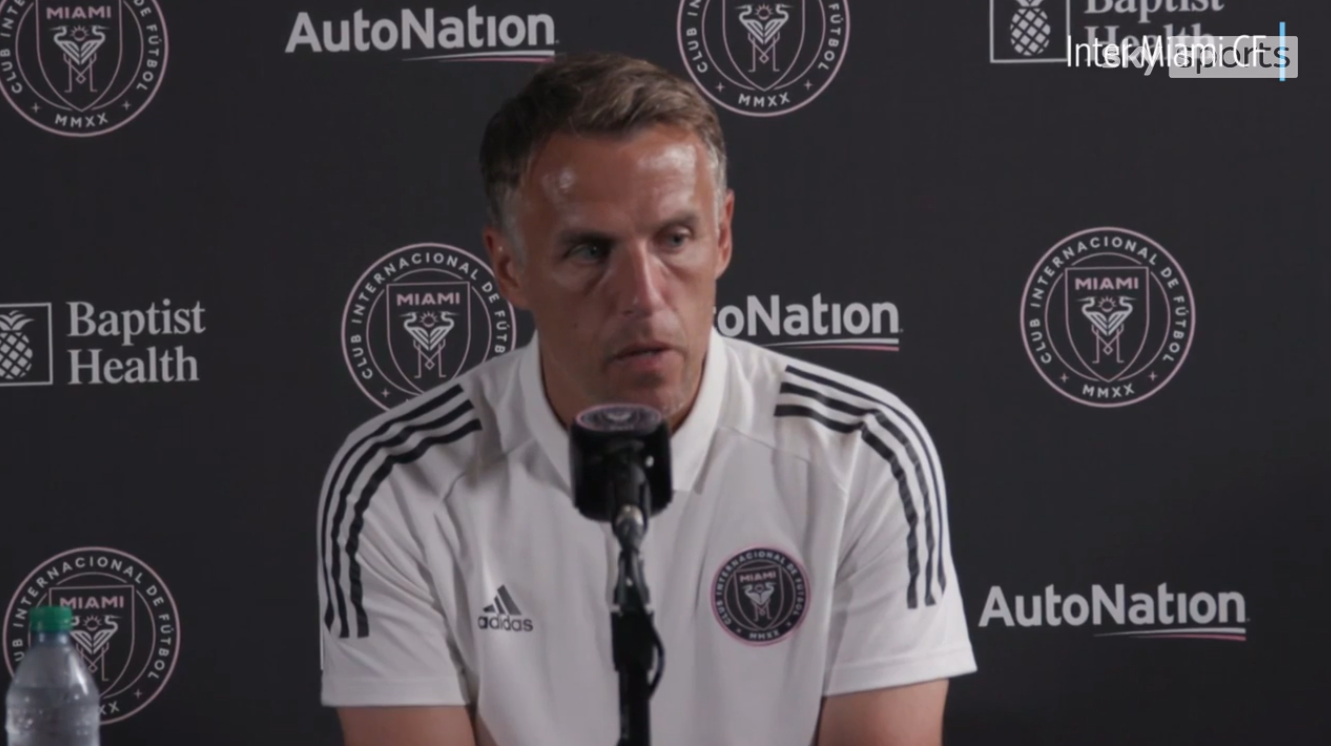 Phil Neville apologised to the Inter Miami fans after his side were thrashed 5-0 at home by New England to stay bottom of the MLS table.

Miami – who are part-owned by Neville’s former Manchester United teammate David Beckham – have now lost six matches in a row, conceding 13 goals and scoring just once.

Inter Miami are bottom of the Eastern Conference table and have the worst record of all 27 sides in the MLS.

Neville, who was appointed manager in January after leaving his post with England Women, said: ‘It’s the lowest in terms of my feelings after a defeat that I’ve had since I came to this football club – and we’ve had some disappointments.

‘You can lose games in football, but the manner in which we lost tonight was… we’ve said the word unacceptable in the past – it feels worse than that.

‘It’s a case of playing for your pride, for the badge, for your supporters – I can only apologise to them for what they saw tonight. It’s them that I feel for, more than myself or the players, because they deserve better.’

Neville, who won six Premier League titles at Old Trafford, admits he was surprised by his team’s poor performance and urged the squad to ‘take a long, hard look at themselves’.

He said: ‘I wasn’t expecting it. The players need to take a long, hard look at themselves, and so do I. We win and we lose together.

‘Ultimately it’s my job to make this team better, and in this moment in time they are not. That’s on my shoulders.

‘When we suffer a disappointment, we need to make sure that we can recover. That’s what football’s all about – having courage, bravery, not letting your team-mates down on the field.

‘Did they have better players than us? On paper, no, but they’re a team and that’s what we must become. That’s all I’m asking for – a team that will fight for each other and look round the dressing room and trust each other.

‘That’s what I’ve asked them to do – look in the mirror and ask, ‘what are you doing for the team?’ Nothing will deter me from trying to be a success at this football club.’

Inter Miami will look to end their winless run on Monday when they host second-placed Philadelphia Union.