Not bad for a centre back! Philadelphia defender Jakob Glesnes scores wondergoal in the 93rd minute after letting fly from 30 yards out with powerful thunderbolt hitting the crossbar THREE times!

Philadelphia defender Jakob Glesnes stepped up when his side needed him most and in some style, too.

With the MLS outfit trailing 2-1 to Atlanta United in stoppage time Glesnes showed the rest of his team-mates how it’s done by unleashing a powerful strike from 30 yards.

The Norwegian centre back picked up the ball in a central area in acres of space and under little pressure decided to try his luck. 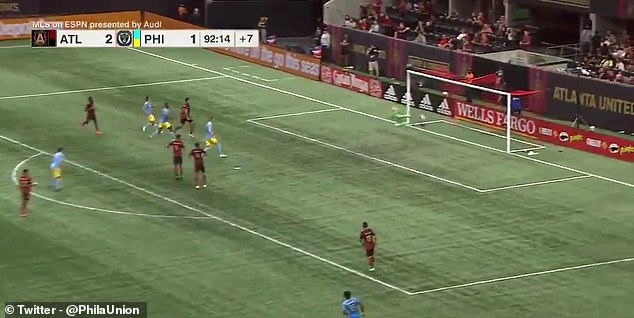 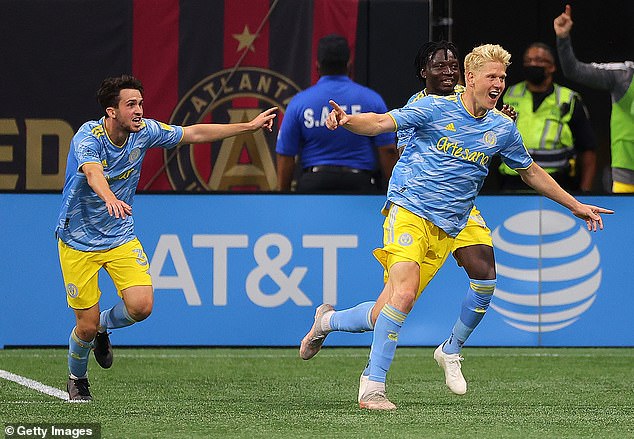 His right-footed pile driver soared through the air and cannoned off the crossbar and down into the goal.

There was so much power behind the shot that the ball then bounced two more times off the underside of the bar.

Former Aston Villa and Middlesbrough goalkeeper Brad Guzan dived to his right in an attempt to save the effort but the strike was just too good. 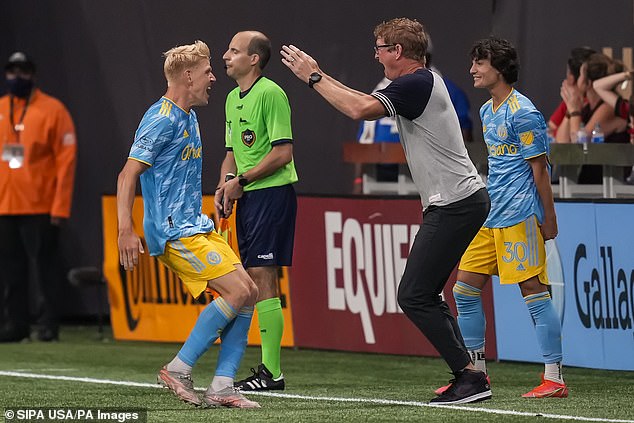 The wondergoal found the top left hand corner, leaving the shot-stopper with no chance.

Glesnes’s strike earned a point for Philadelphia as his injury-time screamer sealed a 2-2 draw against Atlanta.

It was a frenetic end to the game with Atlanta doubling their lead in the 83rd minute. The visitors equalised just a minute later, before Glesnes let fly from long range.

The sensational strike was Glesnes’s second of the campaign after notching in a league tie against Chicago Fire back in May. Sunday’s draw saw Philadelphia stay in third and Atlanta move up to ninth.