Philippe Coutinho is fighting to return to Anfield this summer and is reportedly willing to take a pay cut in order to make a deal happen. Coutinho burned a few bridges with Liverpool fans in the way he forced through a move away from Merseyside over two years ago.

The Brazil international was seen as a key part of Jurgen Klopp’s re-build at the time of his departure and a move away from the club was seen as a big blow to the Liverpool boss.

But Liverpool haven’t looked back since, going on to reach back-to-back Champions League finals before clinching their sixth crown in 2019.

They’re on the verge of claiming the club’s first league title in 30 years and need just six points from their remaining nine games to do so.

It has been a huge contrast to Coutinho’s career though since his move to Barcelona. 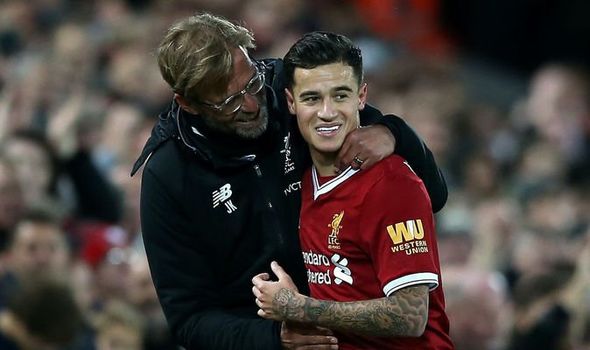 The 28-year-old impressed in his first few months at the Nou Camp, including scoring a hat-trick against Levante.

But he was in and out of the starting line-up in his first full season going on a run of scoring just one league goal in 24 games.

Barcelona soon shipped him out on loan to Bayern Munich who the La Liga club were hoping would make an attempt to sign him this transfer window.

How Liverpool could line up with Adama Traore and Ruben Neves

However, the Bundesliga outfit have indicated they will not be making Coutinho’s move permanent, meaning he will return to Barcelona this summer.

Coutinho’s agent, Kia Joorabchian, is keen to fix a move away from Spain and it’s become clear a move back to the Premier League is on the cards.

Chelsea, Manchester United and Arsenal have all been linked with making a move for the former Anfield star.

But Sunday World report Coutinho has made a personal plea to Klopp to return to Liverpool. 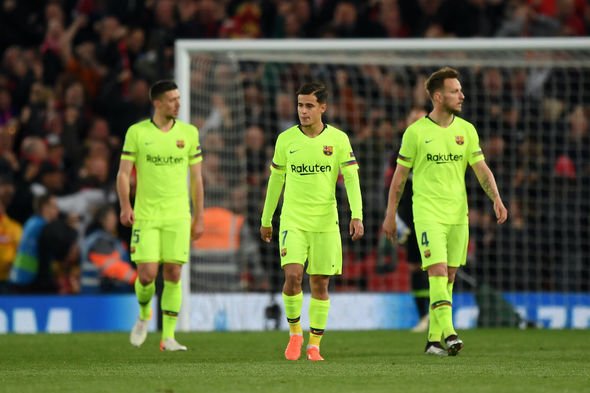 Coutinho’s wages sky-rocketed when he agreed to join Barcelona from Liverpool.

However, the report claims Coutinho would be willing to take a pay cut in order to re-join his former club.

Given the fact Liverpool pulled out of a deal to sign Timo Werner earlier this month, it remains to be seen whether Liverpool would be able to afford a deal to re-sign Coutinho.

Klopp would also face the dilemma of trying to fit Coutinho back into his team having changed the shape of his line-up since his departure.