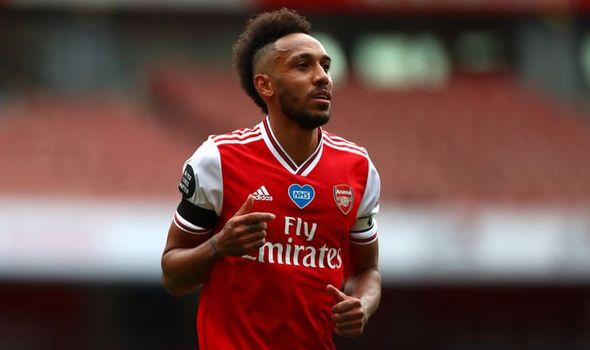 Arsenal striker Pierre-Emerick Aubameyang “clearly loves” the club, believes Martin Keown, as he praised the Gabon international for breaking Thierry Henry’s record. Aubameyang scored his 50th and 51st Premier League goals for the Gunners in their 4-0 win over Norwich on Wednesday night.

The Gabon international becomes the fastest Arsenal player to a half-century of league goals in the Premier League era.

He beats Thierry Henry’s record by four matches despite playing in a far inferior team to the sides the Frenchman played in under Arsene Wenger.

And Aubameyang’s brace in the win over Norwich underlined his importance to the north London club at a time when they are in talks with the player’s representatives over his future.

The 31-year-old’s contract expires next summer and Arsenal can hardly afford to lose his goals, having supplied 19 of their 47 top-flight strikes this term. 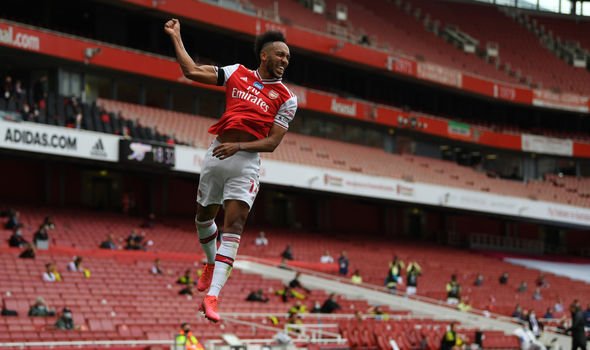 That puts him level with Leicester’s Jamie Vardy in the Golden Boot race, with Aubameyang having shared the award last season on 22 goals with Liverpool duo Mohamed Salah and Sadio Mane.

And hailing him for his contributions to Mikel Arteta’s team, Keown declared that the striker is “clearly” fond of his current surroundings as rumours continue to swirl over his future.

“Of course. I think he has a very difficult decision to make,” the former Arsenal centre-half told BT Sport. “He clearly loves the club.

“The way that he scored all the goals, beating Henry to that, in a team that really you can’t say is anywhere near of the quality that the club once had, you have to credit him with that.

“But he may be looking at other clubs, at an ambition to win things, can Arsenal meet his needs? That’s the big question for him.

“I sincerely hope that he stays. You need that striker to give you the belief to win games of football.

“And at the moment I don’t really see too many better than him in Europe, nevermind in the Premier League.

“It’s vital that Arsenal hold on to him.”

“Now we’ll see [about my contract], we’ll talk with the club and we’ll see what’s going to happen.

“First of all I’m really focused on the games and this end of the season. So we’ll see.

“Since Mikel is in we’re doing well. We’re working very well. We have good signs that we’re improving.”

While manager Arteta added in his post-match press conference: “He’s willing to stay with us. He’s really happy where he is. He can see what we’re trying to do.

“Hopefully he can evolve as well, some parts of his game that he can improve. We’re pushing him every day towards that.

“How many goals can he score? Hopefully at least another 100! I don’t know, I’m not a magician. 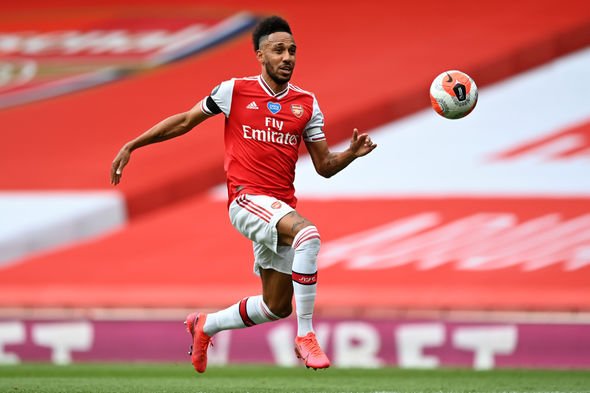 “What he has achieved today to be the fastest to score 50 in the history of this football club tells you everything about his mentality and the way he works every day on his finishing and helping the team.

“He decided to be better and better every day so hopefully we can keep him here for a longer period.”

Asked if Aubameyang could sign a new deal before the end of the current campaign, Arteta continued: “I don’t know. I leave that to the football club and the senior people that drive those contracts.

“Auba knows really well my thoughts towards him, the project I want to create and that I want him in that.

“I am positive and I will remain positive we can keep him here for many years, but things have to progress.”