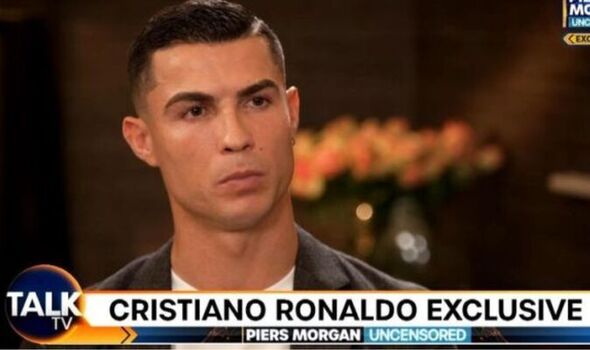 Piers Morgan has reacted to the news that Cristiano Ronaldo will be leaving Manchester United with immediate effect following his bombshell interview that burned his few remaining bridges at Old Trafford. The 37-year-old Portugal superstar refused to hold back during an explosive 90-minute sit down with the British broadcaster last week that has seemingly tarnished his legendary status with the Red Devils following two high-profile spells with the club.

Both United and Ronaldo have since confirmed this evening that he will be leaving Old Trafford immediately just two days out from Portugal’s World Cup opener against Ghana.

And Morgan, who has continued to revel in his world exclusive, couldn’t resist responding to the developments – tweeting “The End” before later adding “Time for Phase 2,” accompanied with Ronaldo holding up an Arsenal shirt with his name on the back.

Ronaldo was evidently aware of the potential repercussions of the interview as he heavily criticised head coach Erik ten Hag, United’s infrastructure and facilities plus former team-mates Wayne Rooney and Gary Neville.

Following the broadcast, United confirmed they were looking to establish the facts behind the interview before commenting on the ordeal.

The club were adamant his comments had crossed the line as they began to seek legal advice on the possible termination of his contract.

Ten Hag was reportedly determined to ensure Ronaldo would never play for United again, even though his deal was not set to expire until the summer of 2023.

But now following conversations between all parties, the club and player have reached an agreement to tear up CR7’s contract.

United said in a statement: “Cristiano Ronaldo is to leave Manchester United by mutual agreement, with immediate effect.

“The club thanks him for his immense contribution across two spells at Old Trafford, scoring 145 goals in 346 appearances, and wishes him and his family well for the future.

“Everyone at Manchester United remains focused on continuing the team’s progress under Erik ten Hag and working together to deliver success on the pitch.”