Piers Morgan didn’t hold back after Arsenal’s FA Cup exit at the hands of Nottingham Forest, with the outspoken TV host calling their performance ‘dreadful’ while also slamming the team for ‘dressing and playing like Tottenham’.

The Gunners were beaten 1-0 in the third round of the competition thanks to Lewis Grabban’s late strike, with the hapless side having no answer to the Championship side while wearing an all-white kit in a move aimed to raise awareness about the surge in knife crime.

But life-long Arsenal supporter Morgan was far from impressed with the team’s display as he slammed their ‘dreadful’ performance while wearing the new shirt, saying they not only looked like their bitter rivals Tottenham, but played like them in a dig at the north London club. 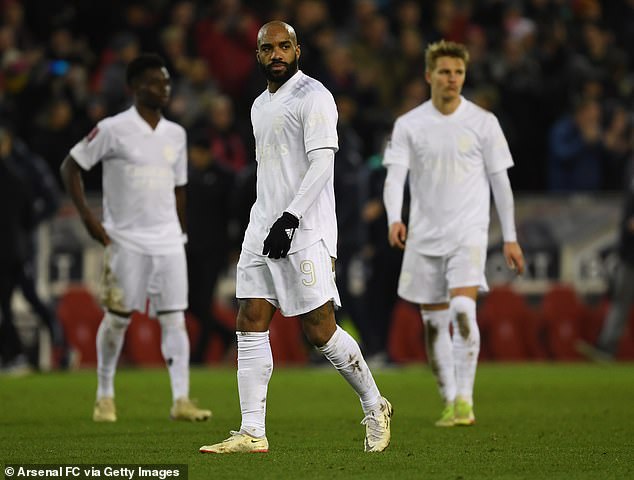 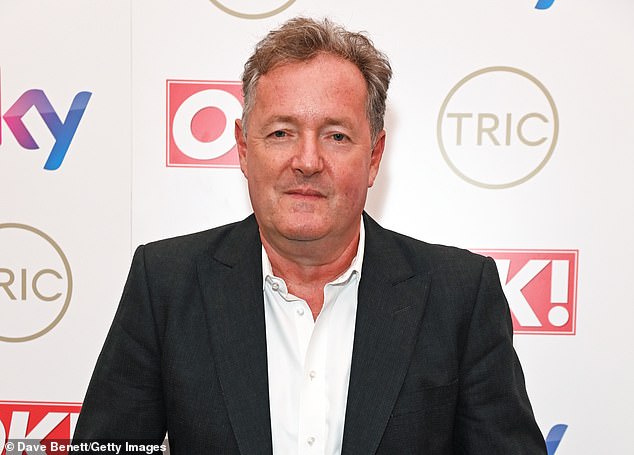 ‘Can someone please tell Arsenal’s players that playing in white shirts doesn’t mean we have to play as badly as Spurs?’ he Tweeted early on in the match as the Gunners were struggling to find the opener at the City Ground.

After full time when the team were knockout of the competition, he attached a picture of players wearing their special edition white shirt, and wrote: ‘Dressed like Tottenham, played like Tottenham. Dreadful performance’, and included a vomiting emoji to highlight his despair.

Morgan wasn’t alone in criticising Arsenal while playing in their new kit, with pundit Roy Keane claiming they ‘looked like Real Madrid but played like a pub team’, as he called them ‘rubbish’ in a stinging rebuke. 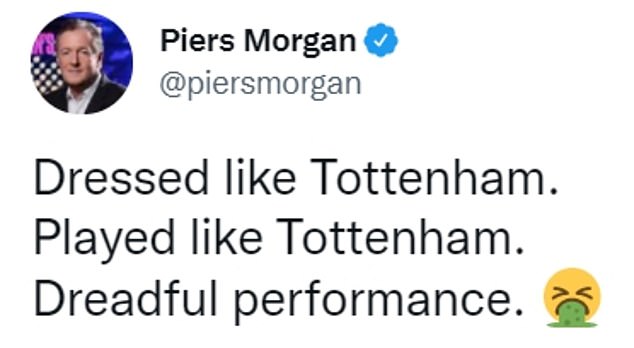 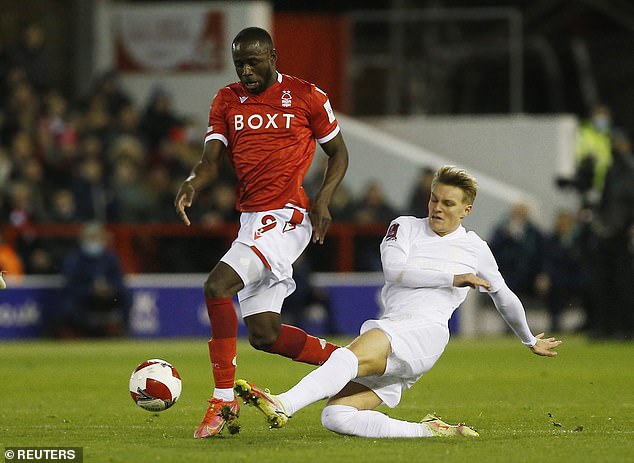 ‘Obviously Forest are at home, you’re thinking “come on get on the front foot, get balls into the box, get bodies in there”,’ he said at half time.

‘Arsenal, for all of their quality, they look like Real Madrid but they are playing like a pub team, it’s been so poor. Pace of pass, decision making, passing it behind people. Really… rubbish’.

Speaking on ITV at full time, he added: ‘You make the point that they played really well last week against Man City. But they lost the game. There is still a softness.

‘We are watching the game here live and, okay, they are missing players – but you’re still looking thinking, “Arsenal are here for the taking”.

‘They didn’t show any sort of presence about them, they didn’t turn up here saying “We are Arsenal Football Club, we are going places”. Obviously there is a feel good factor around the club but that is a big setback for the club today.’