Ali Daei, a prominent former soccer player in Iran who has expressed support for anti-government protests, says his wife and daughter were prevented from leaving the country on Monday after their plane made an unannounced stopover en route to Dubai.

Daei, a top international goalscorer and former Iranian team captain, was a member of the team that broke Australian hearts when Iran drew with the Socceroos at the MCG at the final stage of qualification for the 1998 World Cup in France. He was one of Iran’s best in the second half and set up his side’s second goal, which drew the visitors level on aggregate. 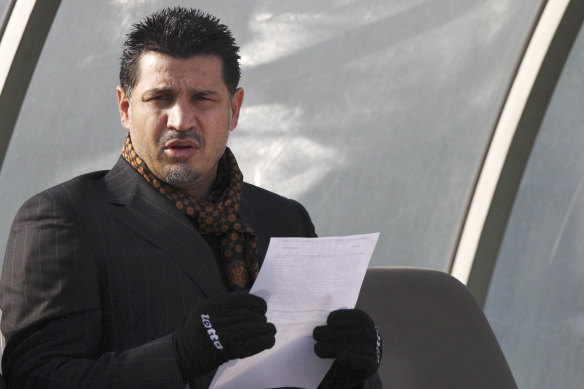 Ali Daei, pictured in 2009, says his wife and daughter were removed from a flight to Dubai.Credit:AP

He had his own passport briefly confiscated after returning to the country earlier this year and said his wife and daughter departed from the capital, Tehran, legally before the flight made an unannounced stop on Kish Island in the Persian Gulf, where they were questioned by authorities.

Daei said his daughter was released, but the doors to the flight were closed by then. He said his family had planned to travel to Dubai and return next week.

There was no comment from the airline or Iranian authorities. 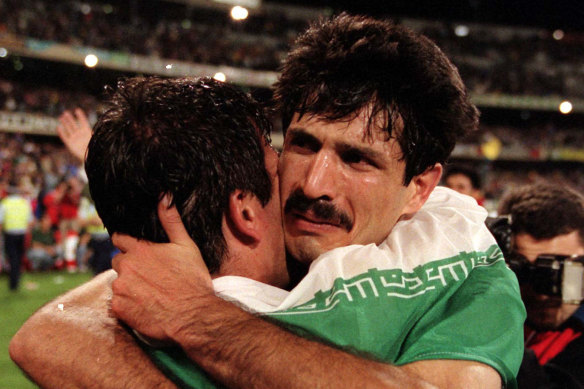 An emotional Daei at the MCG after qualifying ahead of Australia in 1997.Credit:Getty Images

The semi-official Tasnim news agency, believed to be close to the Revolutionary Guard, said a travel ban was imposed on Daei’s wife earlier this month because of her support for the protests. It said she tried to illegally bypass the ban, without elaborating, and that her final destination was the US The reports did not name his wife or daughter, who are not public figures.

Daei is one of several Iranian celebrities who have come out in support of the protests ignited by the death of 22-year-old Mahsa Amini in September. The Kurdish woman died after being arrested by Iran’s morality police in Tehran for allegedly violating the country’s strict dress code.

The protests rapidly spread across the country and escalated into calls for the overthrow of the theocracy established after the 1979 revolution, making it one of the biggest challenges to clerical rule in more than four decades.

At least 507 protesters have been killed and more than 18,500 people have been arrested, according to Human Rights Activists in Iran, a group that has closely monitored the unrest. Iranian authorities have not released figures for those killed or arrested. 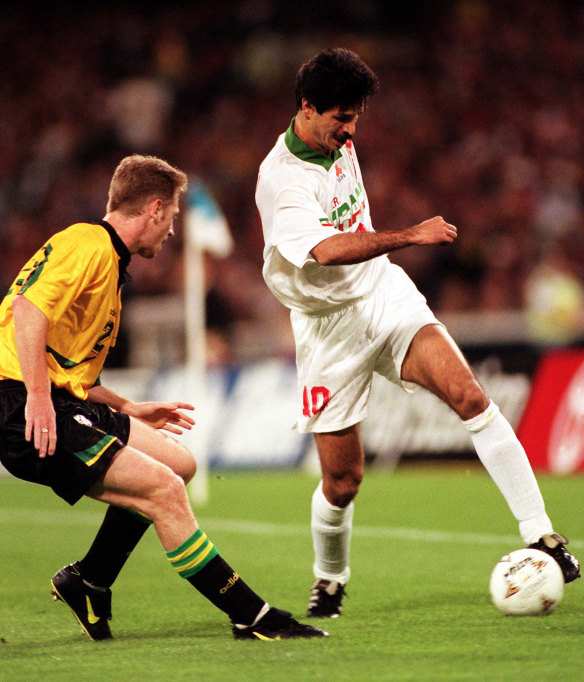 Craig Moore follows Daei at the MCG in 1997.Credit:Getty Images

Before his passport was confiscated, Daei had urged the government on social media to “solve the problems of the Iranian people rather than using repression, violence and arrests.” He later said it was returned to him.

The leaderless protesters, rallying under the slogan “women, life, freedom”, say they are fed up after decades of social and political repression by a clerical establishment they view as corrupt and out of touch. Iranian authorities have blamed the unrest on foreign adversaries like the US and Israel.

Iran’s paramilitary Revolutionary Guard said in a statement on the weekend that it had arrested seven individuals in the southeastern city of Kerman with a “direct link” to Britain who were involved in the protests. It said some members of the network had dual nationality, without elaborating.

Iran has arrested a number of Iranians with dual nationality in recent years and convicted them of state security offences in closed-door trials. Rights groups say such detainees are denied due process and accuse Iran of using them as bargaining chips with the West, something Iranian officials deny.