Manchester United have gone within six points of Premier League leaders Arsenal after coming from behind to beat Manchester City at Old Trafford.

Erik ten Hag’s side went behind on the hour mark after a Jack Grealish header put the visitors.But United got back on level terms thanks to Bruno Fernandes before completing the comeback with March Rashford’s close-range finish.

Below, Sportsmail’s Ian Whittell rates both teams’ players after the enthralling game. 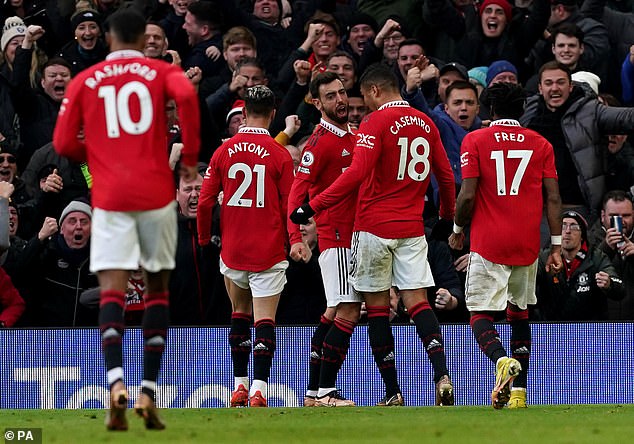 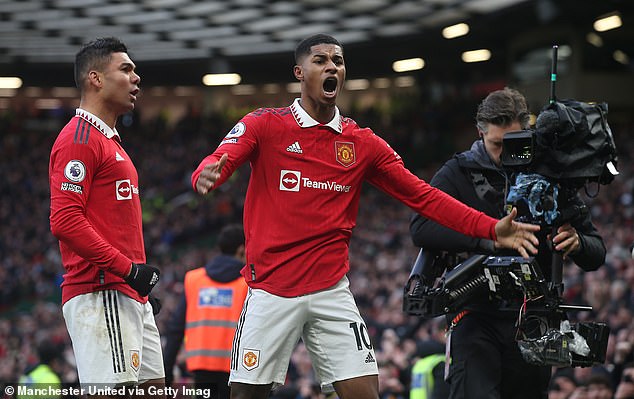 Not a lot to do, until he picked a Grealish header out of the net but his handling was good when called upon.

Made some important clearing headers as City ramped up the pressure and did a good job of holding Haaland scoreless. 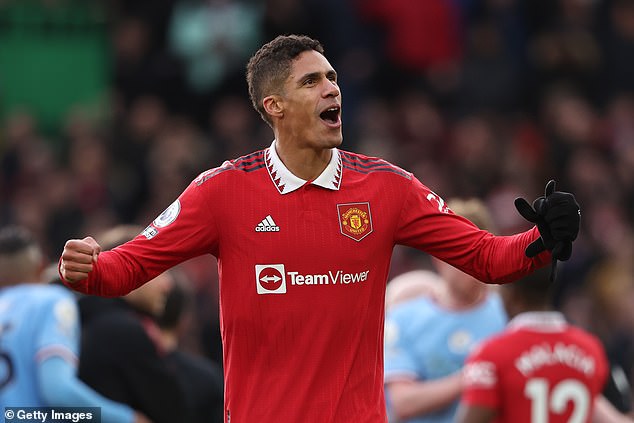 Surprising choice to start at centre-half and his lack of height was exposed at times when City pressed after the restart.

Energetic performance, at both ends of the field, from the young full-back who had to contend with De Bruyne and Mahrez on his side.

Played a key role in denying Haaland service and stifling City’s creative midfield players for all but a 20 minute spell at the start of the second half. 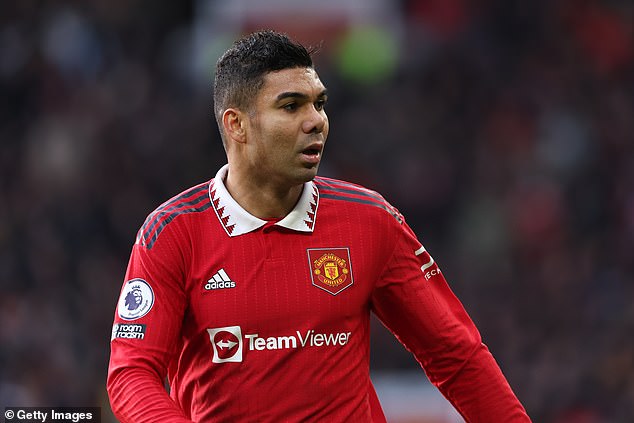 Called in to provide extra bite in midfield and relished the derby atmosphere and his battle with De Bruyne in particular although the Belgian still set up the opener.

Rolled an early shot just wide of the City goal and couple of long passes nearly set up an opener. Scored one and had a hand in the second.

Slotted into the number 10 role, higher upfield than normal, and his passing threatened on occasion. Booked for a petulant foul on Grealish. 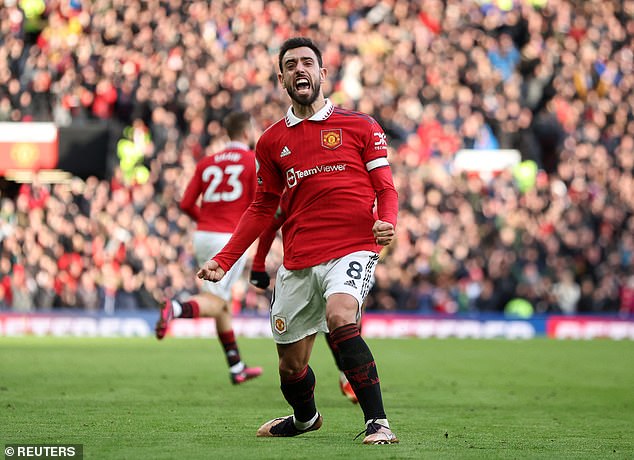 Exciting in the first half and gave Walker plenty of problems and deserved his second half goal as he scored for a ninth straight home games.

Took a painful tumble in the opening seconds and never looked dangerous, apart from one run and cross for Rashford. Off at the break. 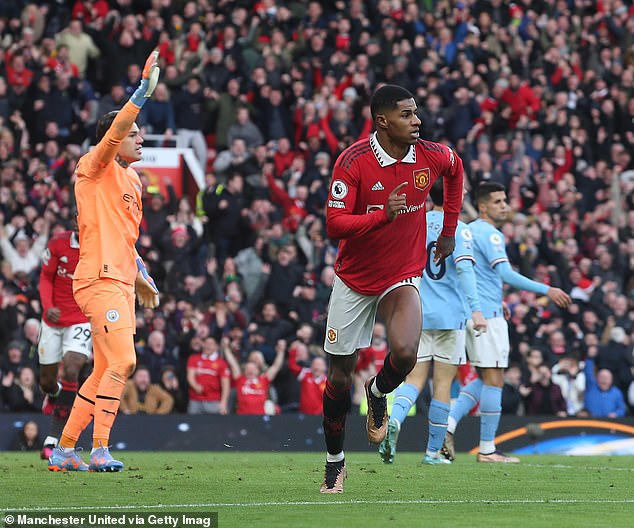 Lucky to escape a poor decision to race out of his area in the first half, when Rashford might have scored, but made up for it with a good save from the same United man. 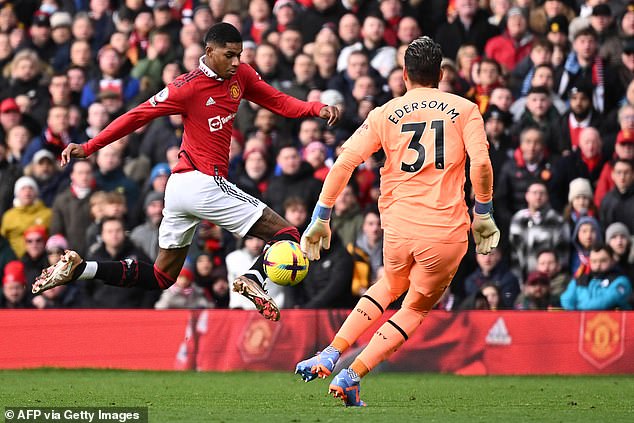 Struggled for fitness and form recently but handed second league start in three months and was targeted by United. Struggled against Rashford and then sub Garnacho.

In the right place to clear a Rashford shot off the line but did not cover himself in glory as United scored twice in four minutes,

Goals underlined a poor performance from the City back four with Ake struggling with the pace and mobility of the United forwards. 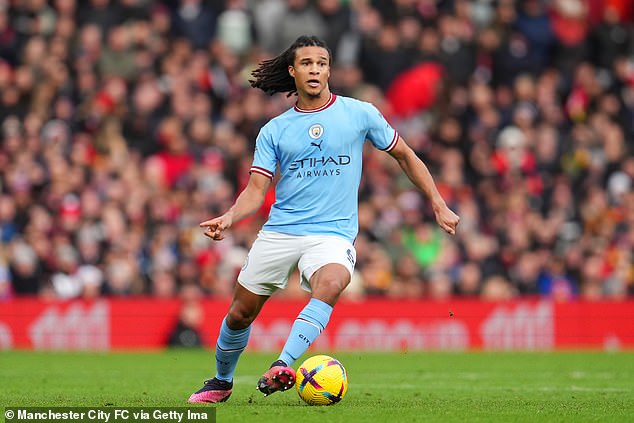 Important early interception denied Rashford but was not his usual attacking threat.

Kept plugging away, despite a good defensive job by Fred, and got his rewards when he momentarily found the space to set up the Grealish goal.

Overworked, and over-run, at the base of City’s midfield at times, especially in the period when United scored. Tried, but failed, to feed the creative players around him.

Bad mistake gifted United their first chance but became more dangerous and better in the ball as the game wore on. Tried hard enough but too often with not end result. 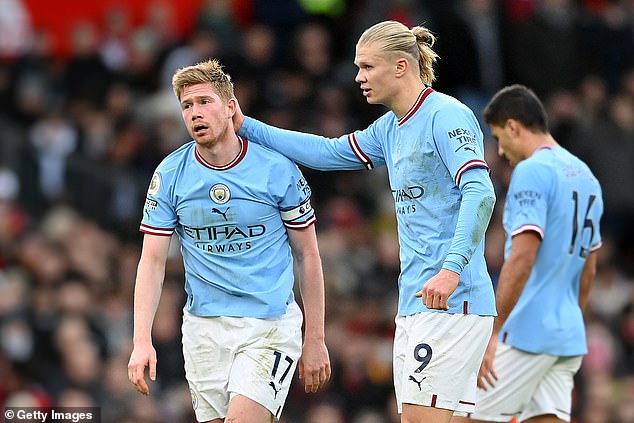 Another City forward who was quiet. Had a hand in playing in De Bruyne to set up the opener but, apart from that good 15 minute spell, was quiet.

Dropped deep to try and become more involved in the game but was largely kept quiet by the home defence. Some good defensive work too.

Caught offside twice and guilty of giving up the ball cheaply. Missed one difficult chance with a header and was subbed before the hour. 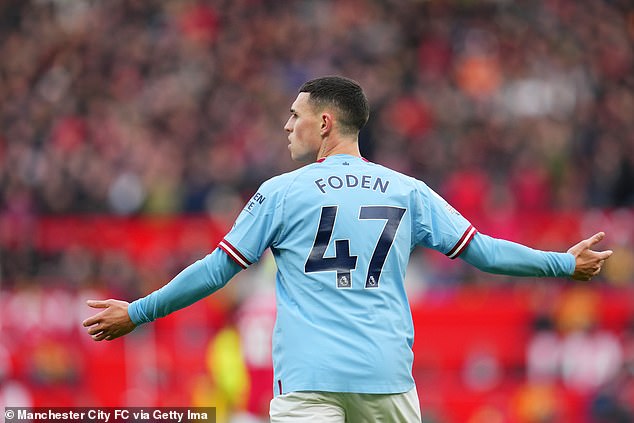