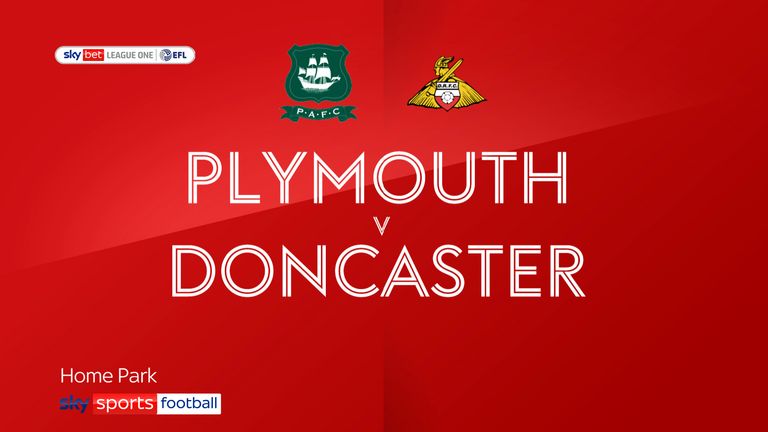 Plymouth moved above top-eight rivals Doncaster in League One following a 2-1 win over Rovers at Home Park.

Danny Mayor was in top form for the home side and it was the midfielder who teed up the opening goal with a scorching run down the left.

Mayor’s cutback cross in the 34th minute was hammered home first time by Argyle’s Wales Under-21 striker Luke Jephcott for his third goal of the season.

Argyle should have been further ahead at the break but their forwards failed to apply a finish to Mayor’s cross from the right, which flew across the face of the goal.

Rovers central defender Joe Wright could have levelled after 47 minutes but powered his header over when it looked easier to score from James Coppinger’s pinpoint corner.

This time it was wing-back Byron Moore down the left crossing and home skipper Joe Edwards applying the thumping, controlled first-time finish to put Ryan Lowe’s side two goals ahead.

That margin was reduced within five minutes as visiting skipper Ben Whiteman played in Rovers striker Fejiri Okenabirhie who gave home keeper Michael Cooper no chance with another rasping finish.