‘The celebration will come… that day really is not tomorrow’: Merseyside Police put out warning to Liverpool fans that action will be taken if supporters congregate at Anfield when they are presented with Premier League trophy against Chelsea

Merseyside Police have issued a firm warning to Liverpool fans who are thinking of congregating at Anfield and demanded they stay away.

Liverpool are anxious that supporters will come to their stadium in their droves for the final home game, when they will be presented with the Premier League trophy, and have repeatedly put out the message that the best place to watch the Chelsea game is at home.

The club were dismayed by the action of fans who gathered at the Pier Head, on Liverpool’s waterfront, the evening after they had been crowned champions. There were huge crowds and some even set fireworks off at the Liver Buildings. 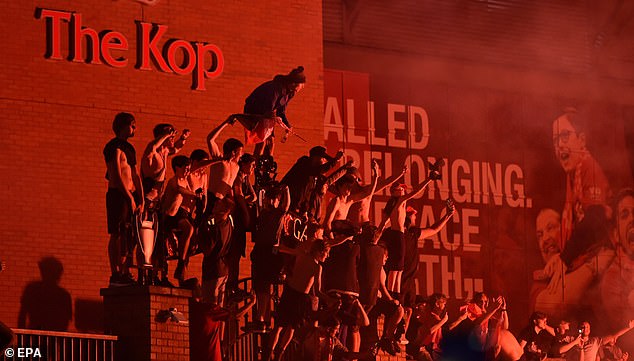 To reinforce the point, Chief Constable Andy Cook was invited to start Jurgen Klopp’s press briefing on Tuesday afternoon over Zoom and he made it clear the police will take action if there are breaches of social distancing while the threat of COVID-19 is still so prevalent.

Cook said: ‘I’m really proud of this city and it’s no secret that I’m also a Liverpool supporter, but my duty to the city and the communities of Merseyside will always come first.

‘Yes, there have been large gatherings in other cities, including illegal raves. 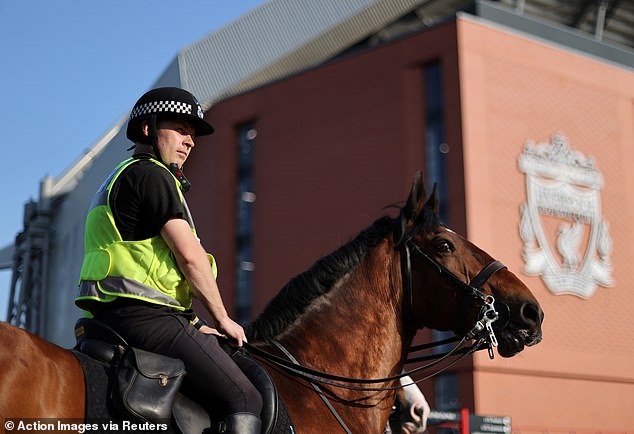 ‘But that doesn’t mean we have to follow suit. Liverpool has always been known as a city that cares and comes together in a crisis; we’re still in that public health crisis and I’d urge people to watch the match at home, or in the local pub if there’s space.

‘Please, don’t put yourselves, loved ones, and others at risk of contracting this virus by ignoring the current advice not to gather in large groups.

‘We will have a full policing operation in place at the ground and surrounding areas tomorrow night and my officers will take action if people fail to adhere to social distancing regulations and potentially put other members of the public at risk. 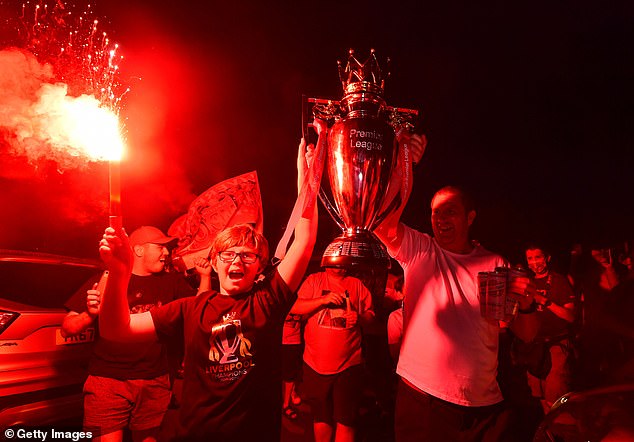 ‘We’ve waited 30 years, so a few more months isn’t too much to ask. Too many people have lost their lives already, so please let’s work together to keep our families, friends and neighbours safe.

‘Please listen to LFC and trust them when they say that the celebration will come.

‘That day really is not tomorrow.’

Klopp echoed the message for fans to stay at home saying: ‘I promise we will have a party at the appropriate time but we can only do that if everyone behaves appropriately now.

‘Stay in a safe place. Keep that in your minds and we will be together again.’ 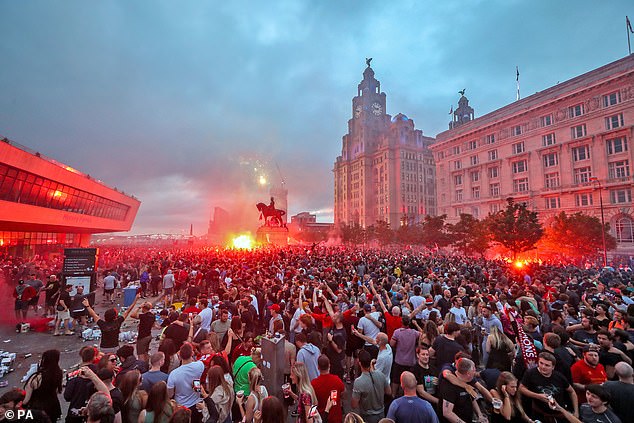