Nine players from Portugal’s victorious Euro 2016 campaign remain in the squad for this summer’s tournament, trusted once more by Fernando Santos to bring glory to the nation. Of course, that group are older, wiser, some beyond the peak of their powers – including the lingering star attraction, Cristiano Ronaldo.

The No7 will doubtless feel his game has changed, rather than lessened, but he was 31 years old when Portugal last conquered the Continent, having just finished his sixth straight season of netting an absolutely wild 50 goals or more at club level. He has not again hit those heights since then.

Now down to a mere 35-or-so-a-season forward, the Juventus veteran will still be one of the most feared faces at Euro 2020, but importantly for the national team he’s no longer the only one they can look to for regular, decisive moments.

READ MORE: Every Euro 2020 squad and player selected for the 2021 tournament

Consider: the winner five years ago came from Eder. Since his moment of immortality, he has netted a total of 16 league goals, including one this past campaign with Lokomotiv Moscow. Nani, a winger, was effectively the second starting striker, while there was no real ‘wing’ option in the team, Portugal instead operating with narrow midfielders in Joao Mario and Andre Gomes or Adrien Silva. None of the trio have flourished since and none were goalscorers in the entirety of Euro 2016.

Instead, Portugal now look to Bruno Fernandes, Bernardo Silva and Diogo Jota to support Ronaldo. All are thriving at top clubs in the Premier League. Another option for now – and surely the future of the national team – Joao Felix, has just helped Atletico Madrid win LaLiga.

Goals can come off the bench, too: Andre Silva will be Cristiano’s alternate and can play alongside him too, having smashed in 29 this season with Eintracht Frankfurt. Not to belabour the point, but Eder’s best-ever campaign saw him net 16 with Braga nearly a decade ago.

If the level of the starting striker has dipped somewhat, the quality and output of those around him has risen enormously.

This benefits Portugal twofold, the first obviously being that there are other sources of chances and goals, and thus more chance for them to win games. When they were triumphant in 2016, they drew more matches than they won: three draws from three group games, 0-0 before single-goal extra time wins in the last 16 and final, 1-1 in the quarters before a penalty shootout win. Only against Wales, in the semis, did Santos’ side triumph in the 90’. It would be an enormous surprise if they didn’t tally more than that this time around.

Secondly, and perhaps decisively given his penchant for big moments, the increased threat elsewhere should leave Cristiano Ronaldo a little less-focused on than usual. It’s no use having him marked tightly and perfectly if the space is then left for Fernandes behind him to exploit with his constant shots from range, but doubling up down the flanks to stop Jota or Silva cutting in to shoot could simply mean more chance of aerial deliveries for the five-time Ballon d’Or winner to attack.

If his pace and one-on-one dribbling are diminished, his leap and threat from headers is absolutely not. Only two players scored more headers in Europe’s top five leagues this season than Cristiano Ronaldo – one is a team-mate here, the aforementioned Andre Silva. 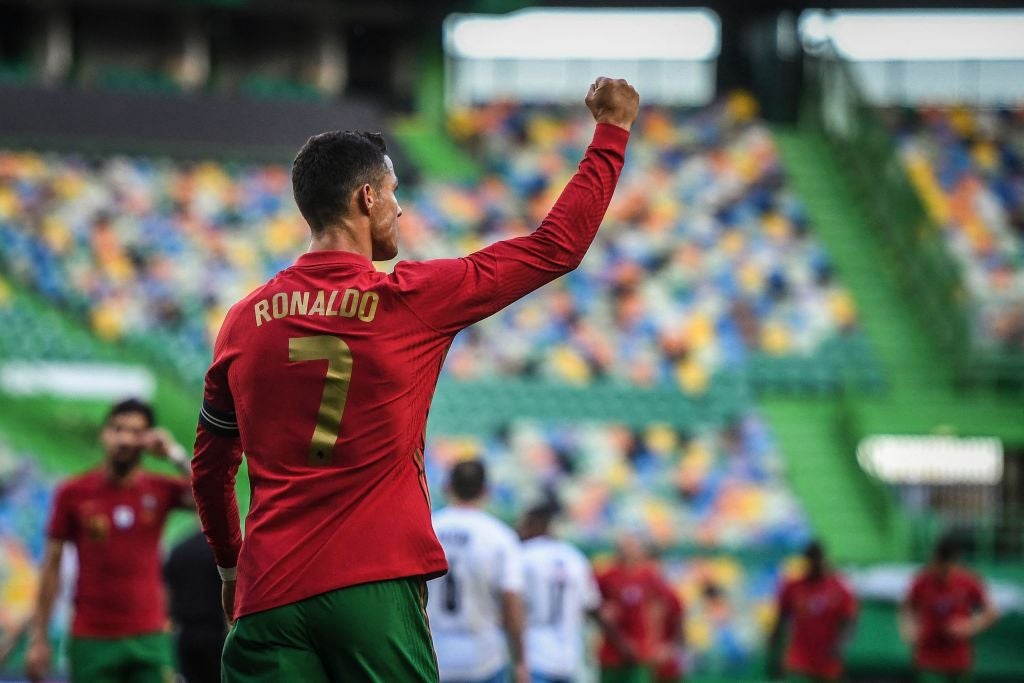 It’s far from just the attack where Portugal can justifiably claim to be improved. Joao Cancelo is, subjectively, a better full-back than Cedric Soares – though the Man City man is now out of the tournament after testing positive for Covid. Still, Nelson Semedo is a more than reasonable replacement after playing with Barcelona for years, before moving to Wolves. If Danilo or Adrien Silva often found themselves the extra central midfielder then, Sergio Oliveira, Ruben Neves and a more experienced Renato Sanches are overall better options now. And if experience of all kinds matters, Fernando Santos has overseen an additional 58 games in charge of Portugal since the 2016 final.

By common consent and the fact they are world champions, France are the team to beat this summer. Many pre-tournament predictions indeed see a repeat of the final in Saint-Denis, where Les Bleus and A Selecao could again meet at Wembley.

The question which will then be answered is whether Portugal’s overall improvement is enough to see them retain their crown, despite their biggest star not shining quite as brightly as before.

Juventus feel BETRAYED by Paulo Dybala and want rid of him