As Brighton’s fortunes begin to turn, so the questions have started to shift, too. But still Graham Potter has no easy answer.

Throughout last season, he tried to explain why fine performances were not translating into points. This time round, the Brighton boss can offer no simple explanation for why they are.

‘I’ve love to say it was me and a special thing,’ he said following victory over Watford. 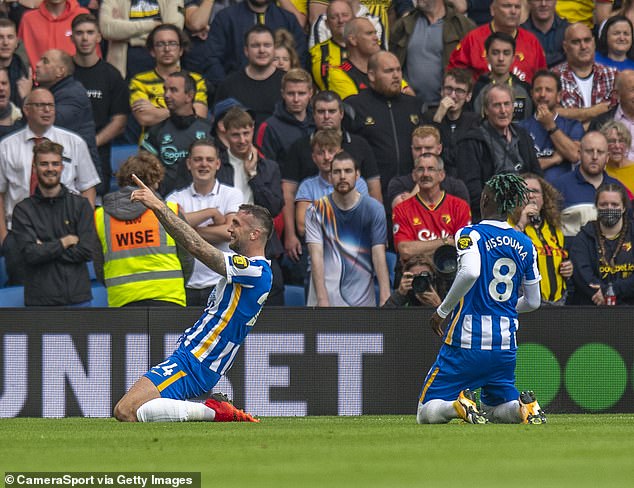 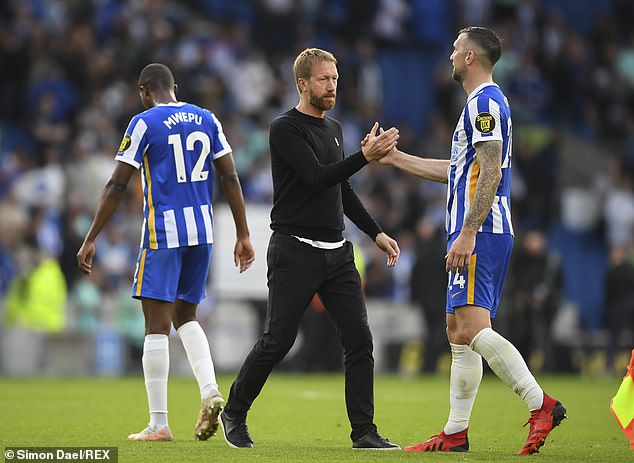 ‘But unfortunately it’s football as well. We played a lot of games last year where we played well and we should have won. But we didn’t.’

This time round? No such problems. Early days, of course, but back-to-back wins mean Brighton have made their best start to a Premier League season.

Suddenly, a side once defined by beautiful football but brittle backbones appears to be made of sterner stuff.

Perhaps Yves Bissouma summed it up best against Watford.

Then, after a tireless, tenacious display, Bissouma danced for the returning fans.

Make that six points from six after Brighton came from behind to snatch victory at Burnley on the opening day.

So what is the difference this season? ‘We’ve got three more points,’ Potter joked.

Turns out there was no eureka moment, no secret ingredient.

‘We have just benefited from the fact that we have been together two years,’ Potter added.

‘Last year the performances were really good but we didn’t get the points.

‘Everybody wants to know why that is, but sometimes it is just football… we have kept going, kept trying to develop the ideas, and the boys have improved.’

‘It’s a process,’ Potter added. ‘You also have to have enough about you as a team to think, ‘It’s not quite going how we want it to go at the moment, let’s be together, let’s see the moment out, let’s be hard to beat’.’ 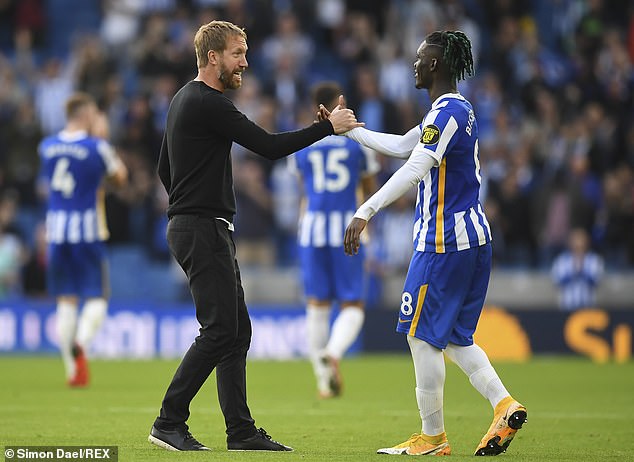