After so much soap opera, Arsenal are now hoping for something much more high-culture.

The club ultimately suffered exactly the kind of chaos they had specifically tried to avoid in the wake of Arsene Wenger’s departure. The management team put in place to share responsibilities are now all gone, with the departure of Raul Sanllehi, as the club again speaks of being unified behind a single leader. Under that figure, which will be the popular managing director Vinai Venkatesham, they are then refocusing around the manager they initially wanted in 2018 – Mikel Arteta.

Perhaps such dysfunction is inevitable after the departure of a leader of Wenger’s influence no matter what you try and do. There’s just too much adjustment necessary.

Arsenal’s adjustments to the modern transfer market without Wenger have caused the most high-profile casualty.

The decision was made on Friday night to part ways with Sanllehi, the former Head of Football. Many people who work at the club were on Saturday morning “shocked” at the announcement. There was little inkling. 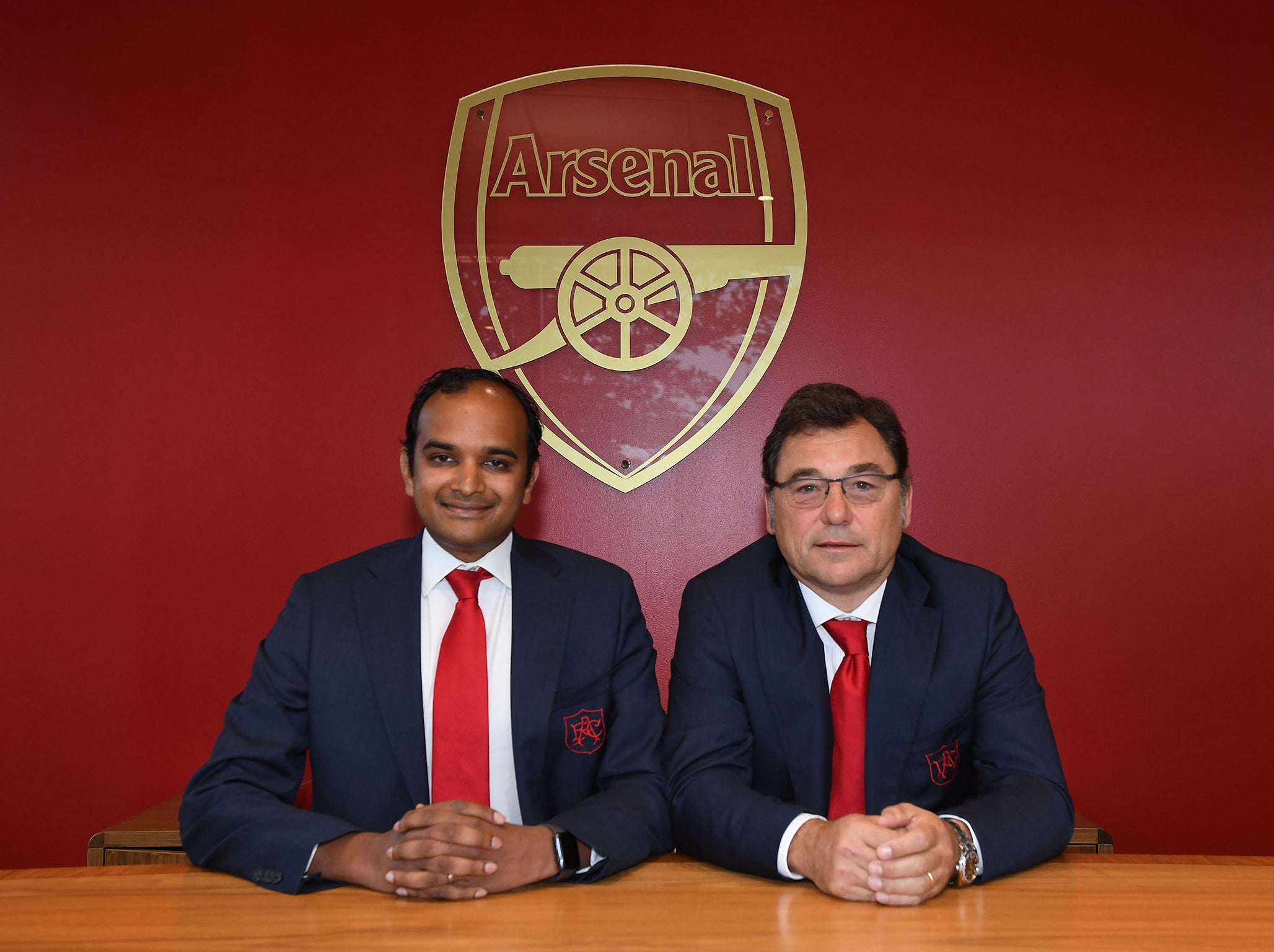 That announcement came after a midweek report by ESPN that an internal investigation had been undertaken over whether they overpaid for £72m record signing Lille’s Nicolas Pepe.

Figures at the club strenuously deny that there was an investigation. “It does not exist.” It is also maintained that the decision is no reflection on Sanllehi, and that it was a mutual parting of the ways, to make the club more streamlined and efficient.

Many at Arsenal have still wondered about the transfer strategy, though, and felt it should be much more like Borussia Dortmund’s of buying young and talented players.

Some – like Kieran Tierney, Gabriel Martinelli, William Saliba – exactly fit that profile. Others – such as Denis Suarez, David Luiz, Cedric Soares and Willian – have just felt unnecessary and inefficient, the high sums involved standing out all the more since the club announced 55 redundancies of the lowest-earning members of staff.

This wasn’t the Arsenal way.

Neither was it the Arsenal way to have an agent such as Kia Joorabchian regularly talking about their business on the radio. The Iranian represents David Luiz, Soares and Willian.

There is no suggestion of malpractice, but instead arguments about inefficiency at a time when the club needs serious prudence.

Some outside Arsenal have questioned Sanllehi’s lack of knowledge.

One source who has worked at Barcelona, where Sanllehi was appointed from, says “there is no way he would ever have had such a prominent role” at Camp Nou. There was always a sense that Arsenal’s hand-picked, post-Wenger executive team felt a little too cosmetic, with no feel for how they would integrate, or whether there was enough top-level football experience. They have had three different heads of recruitment in 18 months.

The sense now is that they have gradually figured out best practice again. There is optimism that the turbulence and drastic changes have come to an end.

Josh Kroenke is said to have had an active role in the last few months, with two hours of calls a day. 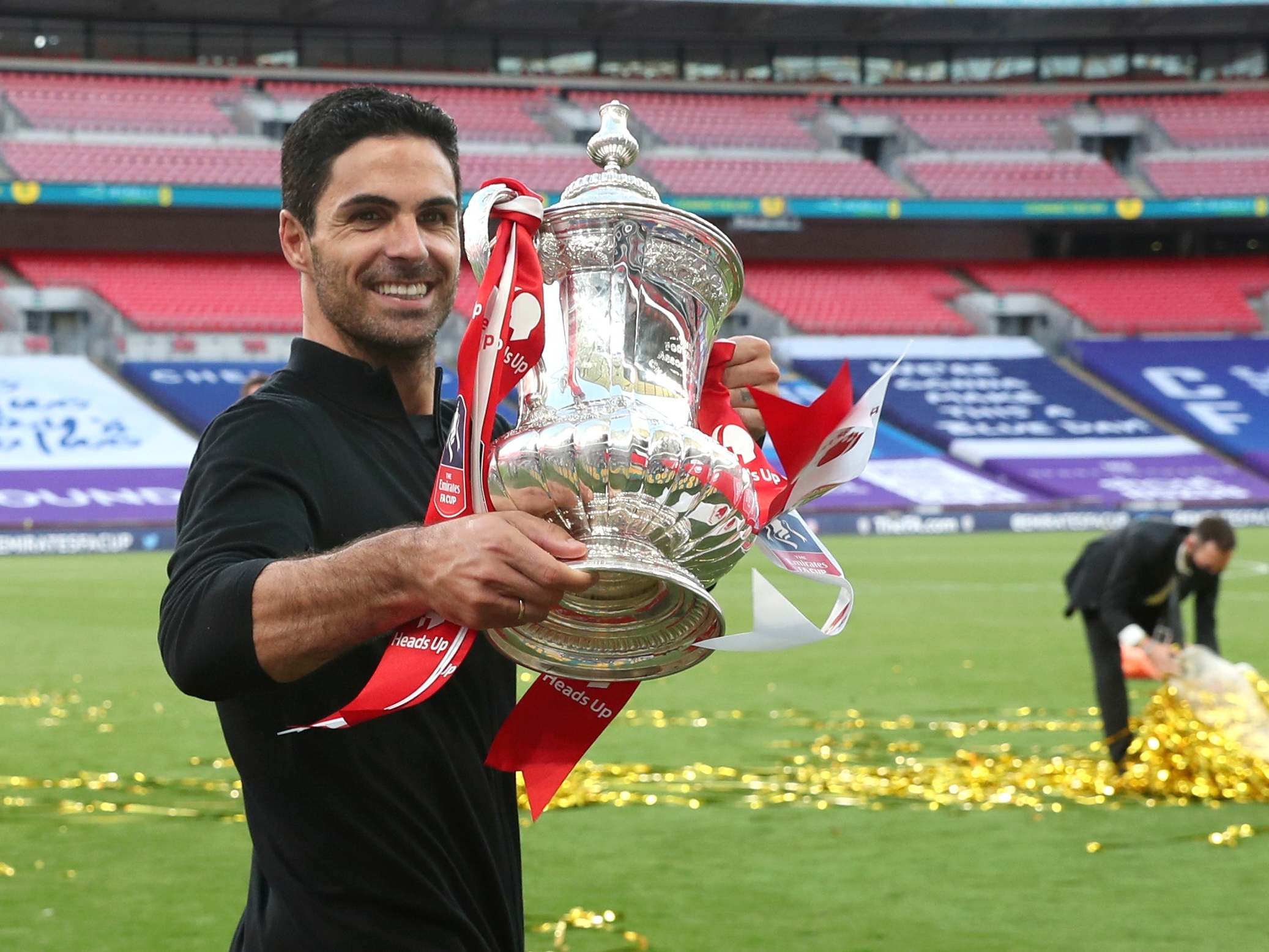 The Kroenkes’ “man on the ground”, corporate lawyer Tim Lewis, is now centrally involved. It is not seen as a coincidence that there has been a reshuffling since he was appointed non-executive director.

Venkatesham will now be the “single leader” people at the club speak about, with Edu leading the football department and responsible for medium to long-term football planning. Arteta is naturally in charge of short to medium-term planning since “he has to try and win football matches”.

Regardless of the details and debate about anything else, almost everyone involved sees this as a good thing for Arteta, and thereby the club.

As one source who works with Arsenal says, “usually you’d say a coach has to align with the club philosophy, but Arsenal are figuring one out. Arteta is a principled and intelligent coach, with a philosophy, so it’s natural the club aligns to him”.

As another figure who knows Arteta well explains, if you spend even five minutes with him, you realise he’ll always be more than a head coach regardless of title. He talks about the whole club, and the culture.

“It was always felt odd to have Mikel report into Raul. There was a clash of styles. Arteta is the central piece here.”

He is now likely to have a system and culture that better suits him, from recruitment to the “leanness” of the club.

The hope is that, after so much turbulence, there is a new focus. Arteta personifies it.