So the dark horses faded to black at the first opportunity. Oh, Turkey. What was everyone thinking?

It’s always a mug’s game trying to pick a surprise package ahead of a major tournament. Like dribbling near N’Golo Kante. Or sending a ‘private’ WhatsApp to Dominic Cummings.

But few predictions have been as spectacularly misplaced as the (popular) claim that Turkey would upset the applecart this summer. Three games later, Senol Gunes’s side head home with a record to remember: played three, lost three, scored one, conceded eight. Thanks for coming. 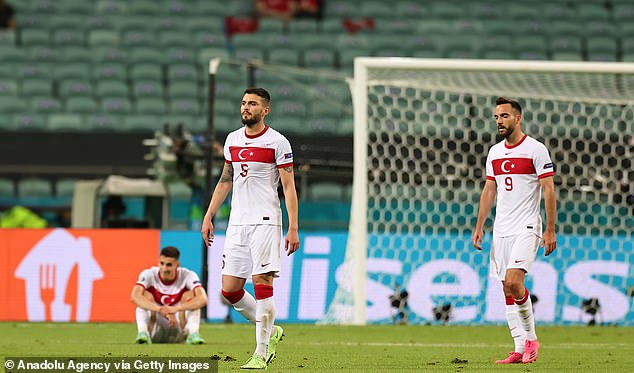 Disclaimer: my own pick, Denmark took a while to light up the tournament. But at least there are some mitigating circumstances.

A few pertinent questions came to mind after Roberto Mancini’s acrobatic touch during Italy’s win over Wales, when the 56-year-old’s heel — encased in black leather — trapped a stray ball as it flew over his right shoulder.

Firstly, what sorcery was used to make his suit trousers so he can stretch that casually without fear of full-length humiliation down the inside leg? And more crucial still, of all the managers at Euro 2020, who could still ‘do a job’ in times of trouble?

Clearly, Mancini hasn’t lost any of his panache, while at only 51 you’d fancy Frank de Boer to cope with the sloth-like pace of some of these Euros games. 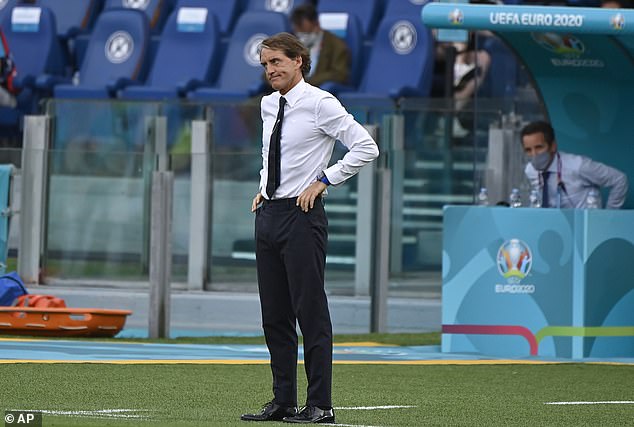 Luis Enrique looks pretty trim at 51. Surely, though, it would have to be Andriy Shevchenko? The Ukraine boss is only 44 and, with Andriy Yarmolenko closing in on his goalscoring record, he wouldn’t be short of incentive.

Phil Foden has revealed the entire England squad will copy his blond tribute to Gazza should they triumph at Euro 2020.

Lyndon Dykes, meanwhile, failed to persuade his Scotland team-mates to shave their noggins en route to Wembley last week. There is some precedent for this; remember Romania’s united front of bleach during France 98?

It all feels rather tame, though, compared to what could have been. Imagine if Chris Waddle had insisted that every England player adopt his trademark mullet had they ended years of hurt? 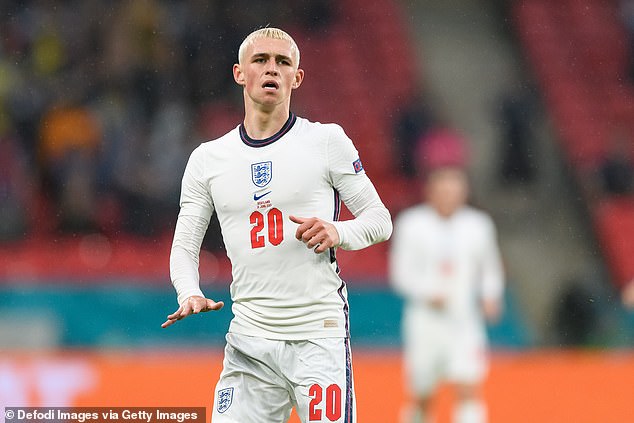 It is comforting to see teams squirm beneath the tidal wave of public opinion. And amusing to hear them bat away the critics.

Ahead of tomorrow’s game against Hungary, Leon Goretzka summed up how quickly obsessions in Germany can switch. ‘It’s nice to once again have 82million people who think they’re the coach of Germany, rather than 82m virologists,’ he said.

Hungary boss Marco Rossi had his own zinger after the draw with France. Following a barrage of calls to drop Laszlo Kleinheisler, only for him to put in a man-of-the-match display, Rossi said: ‘As we say in Italy, the mother of idiots is always pregnant.’