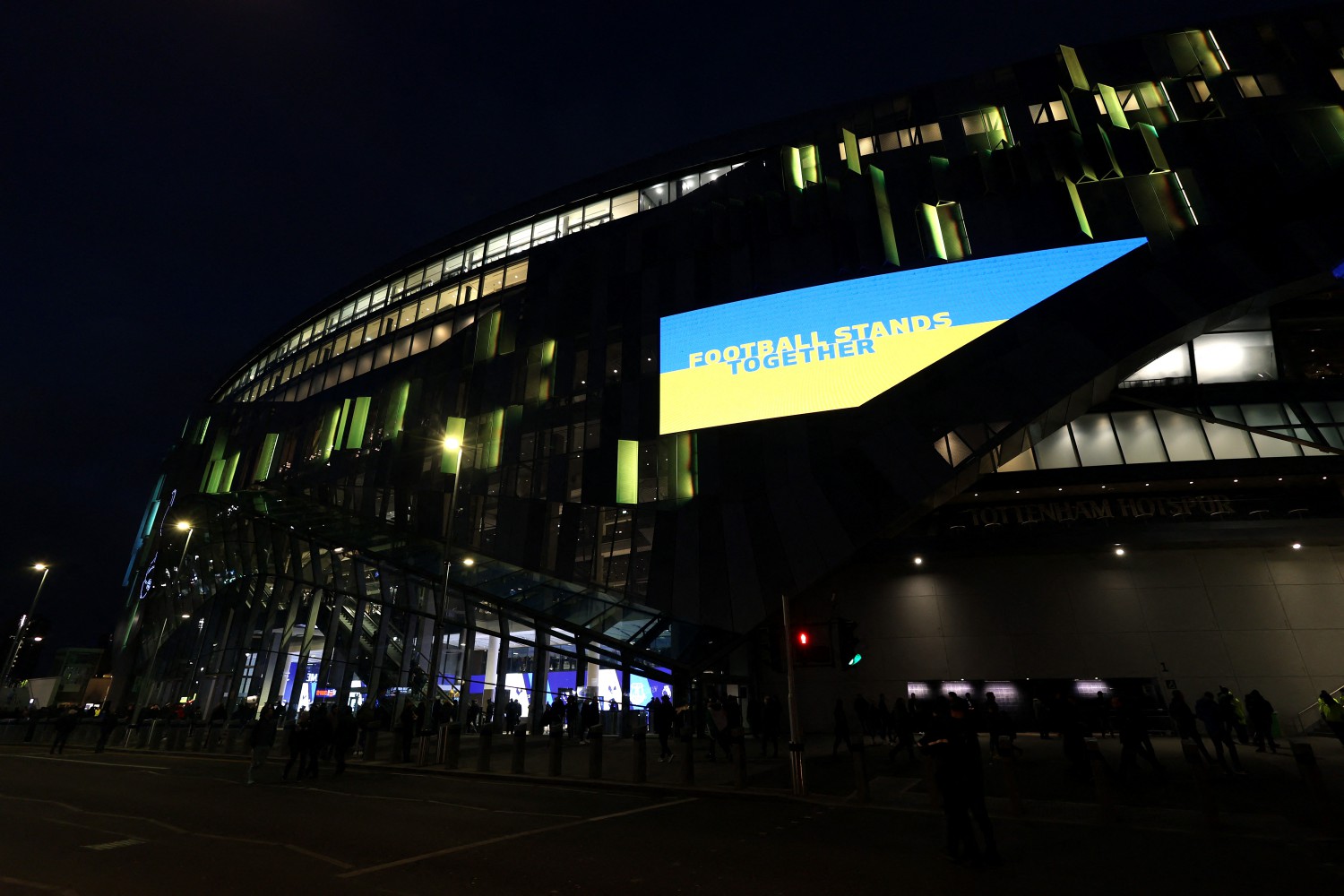 Premier League clubs have agreed in principle to donate millions in humanitarian aid to beseiged Ukraine, and will cancel its deal with a Russian broadcaster for matches to be aired in the country.

The Eastern European country has been under attack from Russia since president Vladimir Putin ordered an invasion of the country almost two weeks ago, with major cities decimated by bombing and over 1.5million forced to flee west into Poland, Romania and Moldova in order to escape the war.

Various international sporting organisations have been taking decisions to render Russia a pariah in the world of sport, with Putin’s deadly assault on the sovereignty of Ukraine across land, sea and air leading to cultural as well as financial sanctions.

The UEFA Champions League final in May was switched from St. Petersburg to Paris, and the Formula 1 Grand Prix scheduled for September in Sochi was cancelled, while Russia was also told it cannot participate in this year’s Eurovision Song Contest.

Furthermore, FIFA and UEFA have barred Russian teams from European and international football.

Now the Premier League is taking action of its own by cancelling its broadcast deal with the Rambler network in Russia, worth an estimated £6m per year to its 20 member clubs.

Rambler is a subsidiary of Sberbank, one of Russia’s largest banks which is majority-owned by the state. The Football Association and English Football League are also expected to cancel their respective broadcast deals in Russia.

Moreover, clubs will meet on Tuesday to decide on the details of a financial package which will see them donate millions to organisations supporting the people of Ukraine who are being forced to endure constant shelling from Russian forces.

The Premier League’s TV deal in China is also at risk, with broadcaster iQIYI livid that matches have included visual shows of support for Ukraine and its people including flags and graphics, which the network perceives as political messaging.

The deal with iQIYI is worth a reported £120m per year and a cancellation would be a significant financial blow to clubs.