OLIVER HOLT: Football is BACK… and we need it more than ever – Premier League’s much-maligned stars will return to their pedestals as they lift country’s spirits

In the past three months, the story of the Premier League player has travelled an arc from lambasted lockdown breaker, scapegoat of the Health Secretary and overpaid dweller of ivory tower to champion of the NHS, feeder of the hungry and human rights activist.

Footballers are emerging from the pandemic on the right side of history and into a fractured, foaming, angry and bewildered country that needs the escapism and the excitement they bring more than ever.

Tens of thousands have died from the coronavirus and slavers have been torn from their plinths since the last time a ball was kicked in England’s top flight on March 9. 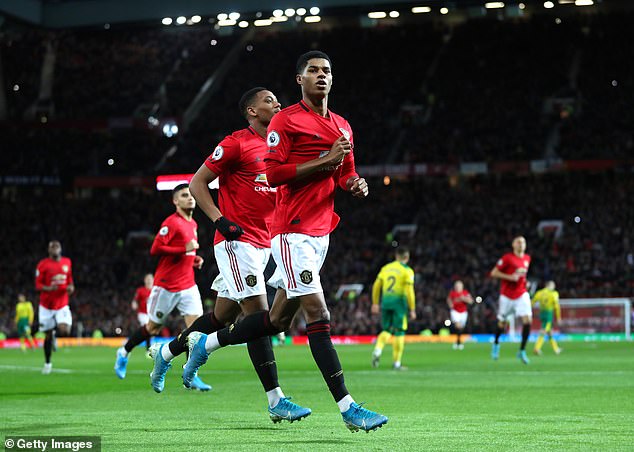 Premier League football will return on June 17, just when the country needs it the most 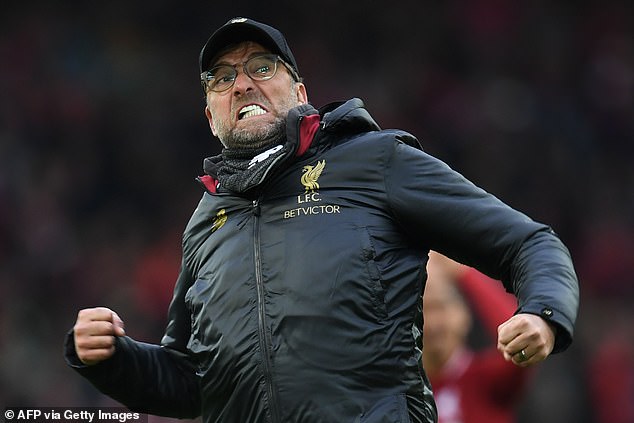 But when the players of Aston Villa and Sheffield United run out at an empty Villa Park on Wednesday and Manchester City and Arsenal face each other in the silence of the Etihad a couple of hours later, the stars of our national game will be restored to their pedestals.

In the months and years that lie ahead, maybe we will realise that this was the end of the gold rush and that English football’s model, with its over-reliance on television money and its increasingly unhealthy wages-to-turnover ratio, was broken before the virus closed its stadiums and its superstores and sent it into the shock of an unwanted spring break.

Even when the crowds come back, maybe things will never be the same again.

But when Villa, Sheffield United, City and Arsenal resume the Premier League season with ‘Black Lives Matter’ emblazoned on the backs of their shirts where their names would once have been, it will be a time for celebration, not for contemplation. 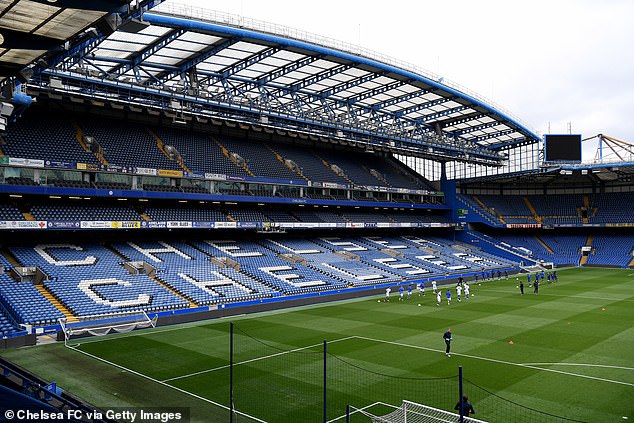 As action returns to the, albeit empty, stadiums players will be put back on their pedestals

Shops will open again tomorrow and, when football follows two days later, it will feel as if we are reaching significant staging posts on the long road back to the comfort of normality.

A diet of nostalgia has sustained us until now and it is to the credit of Gary Lineker, Ian Wright and Alan Shearer that BBC’s Match of the Day has kept reminding us every Saturday night of so many reasons why we love the game.

We have watched Gazza cry again, we have watched a rerun of the 1966 World Cup final and revelled in the memories of Euro 96, when the country was united by sport as it was for the 2012 Olympics.

That footage has stirred powerful emotions and for football’s lost 100 days we have obsessed about the machinery of its return and developed a football-specific pandemic-vocabulary to go with ‘social distancing’ and ‘underlying conditions’.

Football forgot about football and talked about ‘testing protocols’ and ‘biosecure stadiums’ and ‘neutral venues’ and ‘null and void’ and ‘points per game’ and ‘behind closed doors’. Now, at last, we will be able to talk about the game again. 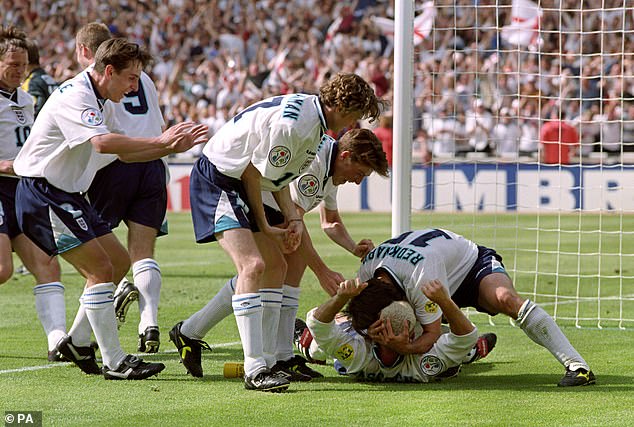 Nostalgia has kept us entertained in lockdown, but only making us more hungry for a return

It may not be football as we knew it. There will be cardboard men and cardboard women in the stands instead of real fans, although some of its detractors may say the Premier League crowds have been heading in that direction for a while.

Football will only really be back when families and friends can go to the game together again, meet up in the pub before the game, hunch against the rain in the walk to the stadium again.

But for now we will take what we are given and we will be grateful for what we can get. In this season interrupted, what remains partly concerns achieving closure on what went before when most teams had completed almost three quarters of their campaigns. First of all, that means the confirmation of Liverpool as league winners.

It is only confirmation we are talking about, too. If City lose to Arsenal on Wednesday and Jurgen Klopp’s runaway leaders beat Everton at Goodison Park on Sunday, it will all be over and Liverpool will have won their first league title for 30 years. If that scenario plays out, it will be one of the most dominant seasons the top flight has ever witnessed.

It is not the way Liverpool would have wanted to win it, obviously. They would have envisioned cheering crowds 20 deep lining the Anfield Road to greet the team coach on the day of coronation and a Kop swelling with restored pride and iconography and the greats of the past such as Kenny Dalglish, Ian Rush and Alan Hansen, gazing down on their successors from the directors’ box. 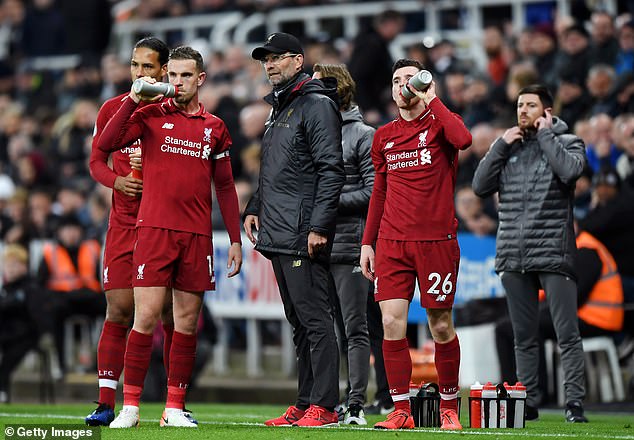 That kind of communion will have to wait. If they do win the title next Sunday, some reports suggest Virgil van Dijk, Jordan Henderson, Roberto Firmino and the rest will have to celebrate in the Goodison car park.

It will not lessen the scale of their feat. They are 25 points clear of City and if this season will be remembered for the disfigurement inflicted upon it by Covid-19, it will also be recalled for a Liverpool resurgence that swept all before it.

The critical games will come thick and fast. On Friday, Manchester United will travel to north London to face Spurs in a match that could be pivotal in the race for the final Champions League place.

The last time Marcus Rashford played, he was merely a gifted forward. Now for the millions he has raised to feed the disadvantaged, he is a national hero. There are some who may be less keen on the resumption than others.

Amid the machinations surrounding Project Restart, there were suggestions that elements among the bottom six clubs were agitating for a series of solutions that included voiding the season or scrapping relegation altogether. 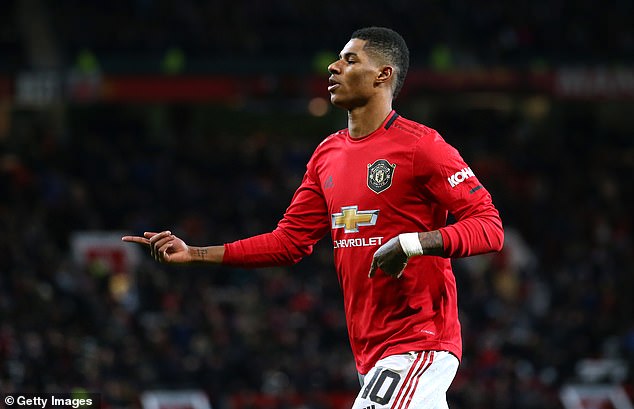 Self-interest is nothing new and, given that Watford, West Ham and Brighton, who sit just above the relegation zone, have the most to lose of any team in resumption, their stance was hardly a surprise.

All of these stories will be accompanied by football’s usual intrigues. During the pandemic, the idea that we once could have become so overwrought by VAR seemed like an embarrassing absurdity, a memory of a half-forgotten time where our perspective had become hopelessly skewed, but it will not be long before Stockley Park is trending on Twitter again.

But there will be beauty, too. The return of the Bundesliga has shown us that, even without crowds, it is possible to be thrilled by the skill of players such as Borussia Dortmund’s Julian Brandt and Bayern’s Joshua Kimmich.

On Friday, when Italian football resumed, Cristiano Ronaldo hit the post from the penalty spot and Ante Rebic was shown a red card for a high kick in the space of 30 seconds of Juventus-AC Milan. Football has not lost its talent for melodrama.

Gaze at the suffering in our hospitals and the anger on our streets and do not stop to ask whether it is any wonder we crave the escape a simple game will bring.