Watford are the latest club to rail against plans to end the season at neutral venues, with chairman Scott Duxbury saying the Premier League has a “duty of care” to address concerns about a “distorted nine-game mini-league”.

Ahead of Monday’s crunch meeting of top-flight shareholders, the Hornets have joined Brighton and Aston Villa in making their opposition to the current ‘Project Restart’ plans clear.

The decision to use neutral grounds for the remaining 92 fixtures sticks in Duxbury’s craw, with Watford 17th in the Premier League and looking to stave off relegation amid a challenging backdrop brought by Covid-19.

“There is no altruism in the Premier League,” he said. “There are 20 different vested interests, which sometimes align but more often than not work purely to protect each individual club.

“That is why some clubs are happy to sign up to ‘Project Restart’ because arguably there is only an upside in participating in this compromised format; it means Liverpool can win the title, other clubs can book their place in Europe next season or potentially fight their way up the table from a position of safety.

“But when at least six clubs – and I suspect more – are concerned about the clear downside and the devastating effects of playing in this kind of distorted nine-game mini-league, then I believe the Premier League has a duty of care to address those concerns.

“If we start and finish a whole season under these conditions and at neutral venues when everybody knows the rules when we start, not created in a time of crisis, then that is clearly fair.

“To be asked to finish a quarter of the season under new rules and conditions is an entirely different proposition.

“How can the long-term future of clubs be determined under these fundamentally changed conditions? How is there any semblance of fairness? To wave aside all the fears and concerns is too simplistic.

“Surely all 20 clubs must agree the fairest way forward to complete the season? I hope we can now come together and find a solution to enable the season to end safely and fairly.”

Duxbury accepts matches must be played behind closed doors due to the ongoing coronavirus situation but having to play away from Vicarage Road is not an idea he buys into.

“We are now told we cannot play our remaining home games at Vicarage Road and the familiarity and advantage that brings,” he said on the club’s website.

“This against a backdrop of players who, having seen their lives turned upside down along with the rest of the world, are suddenly expected to perform as if nothing has happened, despite the rest of society probably still facing the kind of restrictions unenforceable on a football pitch.

“We have club medical staff working under conditions that no doctor or physio has ever experienced with guidelines that, in no small part, are based at this stage on supposition rather than scientific fact.

“And with all these compromises and health risks we are asked to finish a competition that bears no resemblance to the one we started, which could end a small club like Watford’s time in the Premier League. 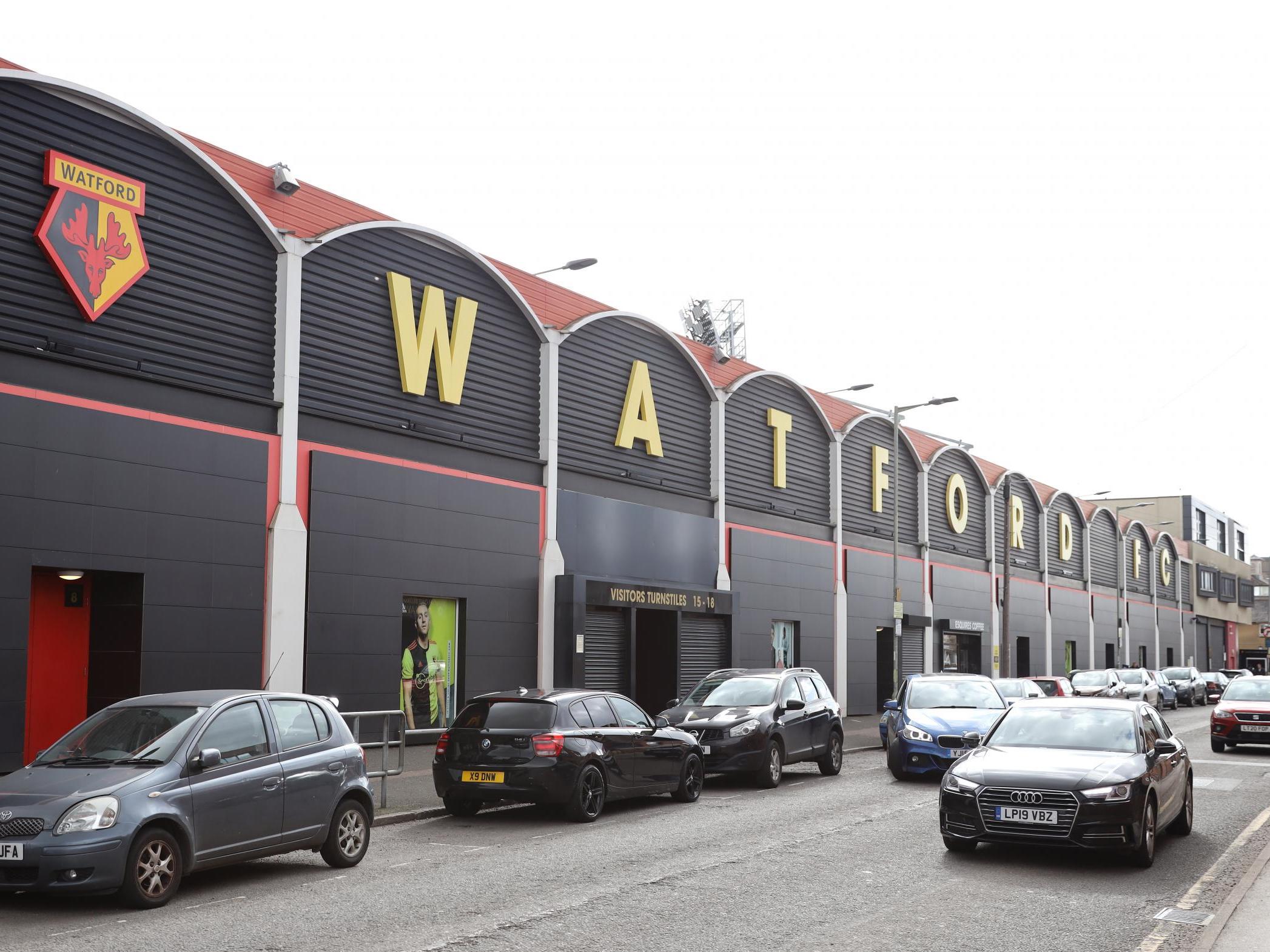 “So is this fair? Does it have any semblance of sporting integrity? Of course not.”

West Ham chief executive Karren Brady says “clubs on the brink are understandably concerned about giving up home advantage” but believes everyone will “need to make compromises” – albeit not on the well-being of players and staff.

The Hammers chief has spoken to all their players to “assure them their health and well-being is our primary concern” and says there will be no compromises when it comes to playing games and, firstly, returning to training.

“If lockdown is lifted and Government and PHE (Public Health England) give us permission to resume non-contact training, there are to be new rules for players and staff,” Brady wrote in her column in The Sun.

“This includes not sharing cars, to limits through to the time a small group training session should last (75 minutes) and standing two metres away from each other. In this phase, tackling is prohibited but passing and shooting is allowed.

“We will also need to disinfect the corner flags, goalposts and even the grass – although how remains a mystery as that usually kills it.”