Time for Foden to get a real run

Pep Guardiola has long spoken about Phil Foden in glowing terms. In the build-up to Wednesday’s win over Brighton, he hailed the 20-year-old’s “high standards”, and after his match-winning goal, he again was full of praise for City’s brightest prospect.

“He deserves to play,” he said. “I try to judge the team in the recent past, in the day-by-day, and I have a feeling he lives his life 24 hours to play football.”

That will offer encouragement to Foden, who can have some questions why he has only started seven of Manchester City’s 16 Premier League games this season – after all, he is now their top scorer in all competitions and has rarely let his side down when he has played.

Age is still very much on Foden’s side, and few 20-year-olds would be first choice at clubs chasing major silverware, but having produced another man-of-the-match performance against Brighton, he should get a chance to continue showing what he can do in the second half of the season.

Only Guardiola and his staff really know what Foden is like on the training pitch – but saying his “standards are higher” in recent weeks seems harsh going by his first-team performances. Whatever the reason, let’s hope Foden has found the key to staying in his manager’s good books. Gareth Southgate, a keen observer at the Etihad on Wednesday, certainly will.
Ron Walker

All eyes on Anfield for United’s greatest test

January 19, 2020 was the day Liverpool fans had seen enough, after 30 long years of heartache and false dawns, their title aspirations had turned into reality, and boy did Anfield make it known.

A 2-0 victory over Manchester United that day moved Jurgen Klopp’s side 16 points clear at the top and a staggering 30 points clear of their age-old rivals, prompting cries of, ‘we’re going to win the league’ from the exuberant Anfield faithful.

One year on and we’re presented with a very different picture as English football’s two biggest clubs prepare to renew their rivalry.

Since that fateful day at Anfield, United have not lost a Premier League game away from home, and their last triumph on the road at Burnley sees them return to the home of the champions top of the Premier League and with a three-goal cushion.

In less than 12 months Ole Gunnar Solskjaer has transformed Manchester United’s fortunes and the prospect of potentially opening up a six-point gap between themselves and Liverpool shows just how far they have come.

But as Liverpool will attest, it is at this stage of the season – and what comes next – where champions are really made, a sentiment echoed by Solskjaer who rightly pointed out no one remembers who topped the league of any season in mid-January.

Manchester United are undoubtedly back in the title race but that is not an achievement in itself for a club of such stature. The hard work has only just begun, and all eyes will be on Anfield to see if they can make their biggest statement yet.
Jack Wilkinson

The Everton defender is approaching the peak of his career and he’s playing like a man on top of his game. Having turned 28 on Monday, Keane now looks the finished article. All the talk pre-match against Wolves was how much the Toffees would miss the influence of Dominic Calvert-Lewin but this performance suggested that Keane is Everton’s most important player right now.

Since switching to a back four in the draw in Burnley, Everton have conceded just three goals in six games. And the only defeat in that run came at home to West Ham when Keane was missing. His influence was clear to see at Molineux.

No player made more clearances than him (8) and of course he popped up with the winning goal, his fourth goal of the campaign. 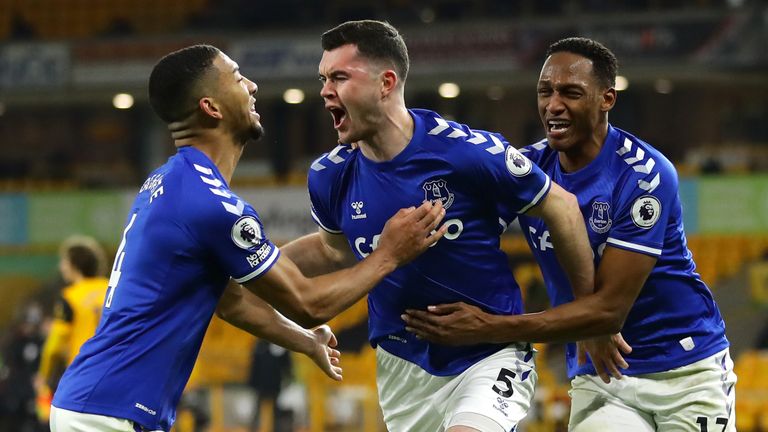 Remember the days under Marco Silva when Everton shipped goals at an alarming rate? Well, those days are gone. They have the best record at defending set pieces in the division, conceding just once all season.

With Keane at the heart, Everton do not roll over easily anymore. Who knows where it could take them?
Lewis Jones

Steve Bruce deflected questions over his Newcastle future after their eighth game without a victory at previously winless Sheffield United, saying he was “the wrong man to ask” about whether he would be given the chance to continue at St James’ Park.

He’s right, but that should offer no comfort for watching Newcastle fans still pining for the Rafa Benitez era, or at least some hope of progression on the horizon.

The pressure from the Newcastle fanbase – as well as can be judged amid the still-empty seats on Tyneside every home game since March – has ramped up with the Toon exiting both cup competitions in the space of a week, and now falling to arguably their lowest result, and performance, of the season.

But what does that matter in the Mike Ashley era? The only metric which counts is Premier League survival. Newcastle are, for now at least, eight points clear of the drop, and as long as their status in the top flight is not seriously called into question, or perhaps even if it is, history strongly suggests the manager is going nowhere.
Ron Walker

The tiniest shred of hope for Sheffield United 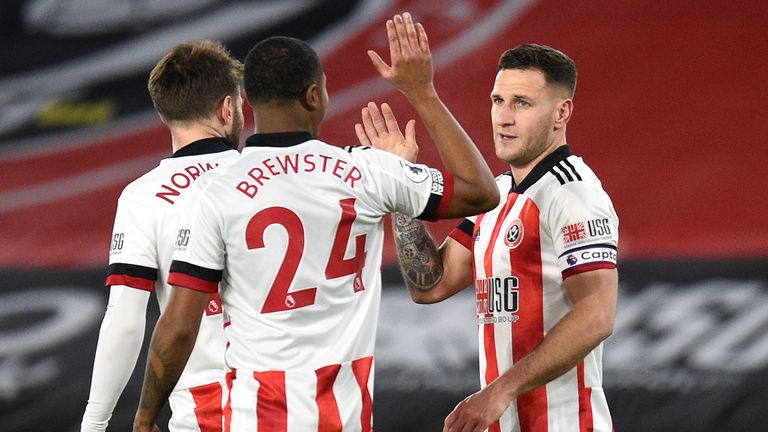 Finally, the first win has arrived for Sheffield United and Chris Wilder. It has, as the manager said, been a “long time coming” – but perhaps it is more than just three points in the grand scheme of things.

Wilder’s Blades have certainly not played like a side enduring the worst start in Premier League history, picking up only two points from their previous 17 games of this season.

That can give them a crumb of optimism, no more than that given their wretched position, that the unthinkable may just be possible.

They once said the same about being bottom at Christmas. Ask Bryan Robson’s West Bromwich Albion what they thought about that.

“The season isn’t done in January,” Wilder told his press conference typically bullishly after this well-deserved win. Had the Blades lost against another side they will hope to pull into the mix, perhaps it would have been. But now finally up and running on the back of two wins in four days in all competitions, never say never.
Ron Walker