Premier League action looks set to resume on June 17 after the latest round of coronavirus testing did not return a single positive result. A total of 1,195 players and staff were tested for COVID-19 in the sixth round of medical checks.

A total of 13 positive cases have been confirmed since the Premier League began testing players and staff upon their return to training in mid-May.

Barring a spike in infections or any last-minute problems with Project Restart, the 2019/20 campaign will resume when Aston Villa host Sheffield United on June 17 at 6pm. Arsenal travel to the Etihad Stadium to face Manchester City later in the evening.

A Premier League statement on the latest coronavirus results said: “The Premier League can today confirm that on Thursday 4 June and Friday 5 June, 1,195 players and club staff were tested for COVID-19. Of these, zero have tested positive.

“The Premier League is providing this aggregated information for the purposes of competition integrity and transparency. No specific details as to clubs or individuals will be provided by the League and results will be made public after each round of testing.”

The 30th round of Premier League action takes place on the weekend beginning June 19, with the matches set to come thick and fast as part of a summer of football. 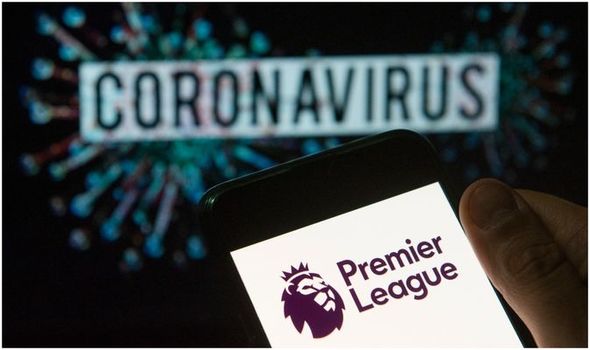 All the games will take place behind closed doors to limit the spread of coronavirus. Every single match will be televised in an effort to keep fans away from congregating outside home grounds.

Premier League chief executive Richard Masters is confident fans will be able to return to the stands by next season.

“No one knows when matches will move away from the behind-closed-doors model and it is right to have contingency plans in place, but there is optimism at the Premier League and at clubs that we will see fans back in the stadiums next season and it may happen on a phased basis,” Masters said.

“Hopefully it will be a huge morale boost and that is what we’ve been working towards.

“We’ve got some incredible fans in this country and we all know the Premier League as we know and love it won’t be fully back until we have fans back through the turnstiles.

“Getting it back on our TV screens for people to enjoy will hopefully give the whole country a boost.”