The rise Mateo Kovacic, from Chelsea’s most subbed player in his first Premier League season to one of Frank Lampard’s key men, has been swift.

For those not regularly watching at Stamford Bridge, that ascent may not yet be fully appreciated.

The Croatia international’s goal and assist tally – a single strike and five assists in 57 Premier League games – hardly sets pulses racing. Though it’s his work in getting Chelsea into attacking positions that separates him from most midfielders.

Kovacic has become one of the Premier League’s best players at running with the ball, which can be emphasised by using Opta’s ball carries statistic. 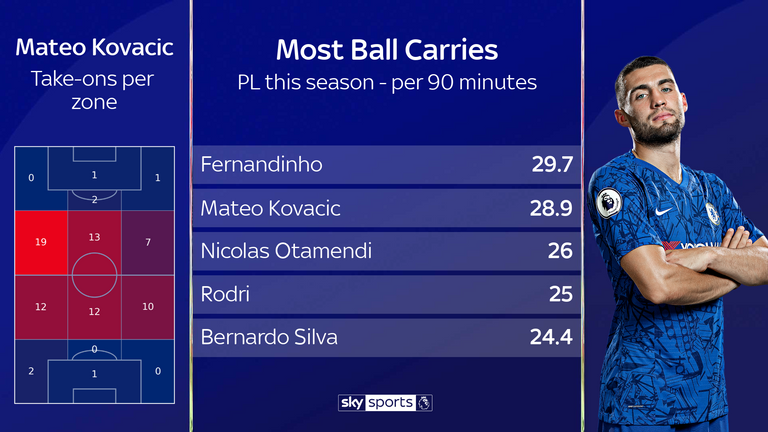 A player moving the ball five metres or more.

The midfielder’s average of 28.9 per 90 minutes ranks second this season – the most overall in his position and significantly more than any other Chelsea player.

With the ball at his feet for such extended periods, his ability to dribble past an opponent is clearly important, too, and that’s another area where his game has been unparallel in the Premier League this season. 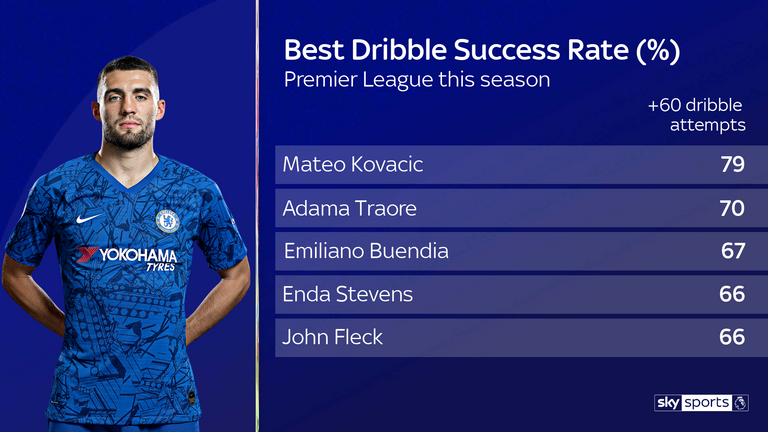 While no player keeps pace with the number of defenders Wolves’ Adama Traore runs past, in terms of actual success rate, none of the division’s most persistent dribblers can match Kovacic.

For every 10 take-ons attempted, the midfielder dribbles past an opponent on eight of those occasions. This ratio is not only the best of all the leading dribblers but also leads the Premier League – even the prolific Traore is at 70%.

While this doesn’t translate directly into goals and assists for Kovacic, his work just before these actions is just as valuable to his side. He completes more passes per 90 minutes in the final third than any Chelsea player this season, moving the ball there and then playing a prominent role in finding his forwards.